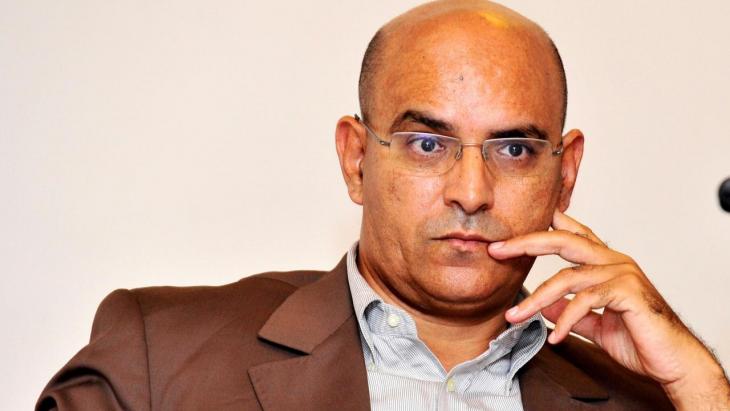 Hassan Aourid is one of the most important political and intellectual figures in Morocco. In interview with Ismail Azzam for Qantara, Aourid outlines his vision of the decline of political Islam and the future of democracy and human rights in the Maghreb

In the light of recent developments, such as the death in prison of former Egyptian President Mohammed Morsi, the AKP’s defeat in the Istanbul mayoral elections, the fall of Omar al-Bashir’s regime in Sudan, and the failure of Ennadha in the Tunisian presidential elections, what do you think is the real state of political Islam in the Arab region? Are we witnessing the end of this phenomenon in the wake of its emergence in the Arab Spring?

Hassan Aourid: Firstly, we need to make a distinction: Islam will remain as a culturally and politically influential factor, but I don’t think political Islam will endure as the big idea. We are in a new phase of dealing with political Islam. The Islamist movement's rhetoric gave rise to imbalances and contradictions, in truth. The signs of this change emerged after the Arab Spring, and one of them was Ennadha boss Rachid al-Ghannouchi's declaration about the separation between politics and advocacy.

We are on the verge of a new experience and this was clearly reflected in the movements in both Algeria and Sudan. Thirty years ago Algeria lived by the beat of political Islam, whilst Sudan lived according to its own internal rhythm. Political Islam is not present in those movements today, however. This goes to show the comprehensive development in the region, reaching the end of the rainbow which first appeared in 1967.

As a former member of the Moroccan Foreign Ministry, how do you assess the developments you mentioned in Algeria? Do you think that Algeria is on the way to becoming a democratic state and seeing off military rule, or do you think that the regime is merely re-formulating itself in a different guise? 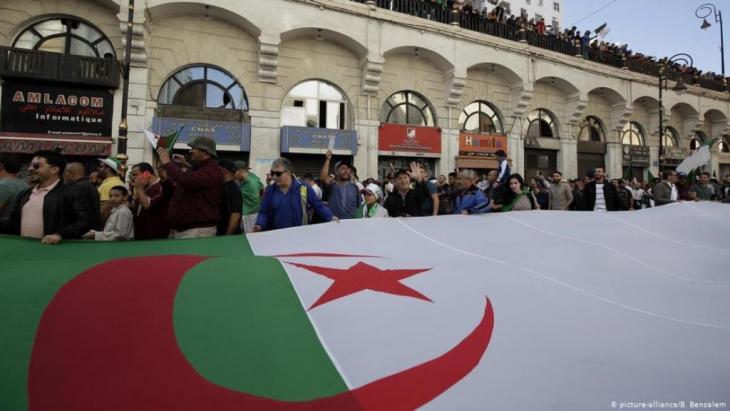 Freeing the spirit of democracy: the mass protests in Algeria are now in their 38th week. The demonstrations began in February and led to the resignation of long-term president Abdelaziz Bouteflika at the beginning of April. Even the Algerian military, which brought Bouteflika to power 20 years ago, dropped Bouteflika in the face of pressure from the demonstrators. However, the new elections scheduled for the summer have been postponed until December

Aourid: As I have always maintained, we need to differentiate between political time and historical time. Political time operates according to the tide, and this was the case across the Arab world without exception. There was a tide which flowed with the Arab Spring and then it ebbed with the so-called counter-revolution. On the other hand, there is historical time which necessarily leads to a kind of democratisation of the region.

I therefore believe that what is happening in Algeria should be measured in terms of historical time. The only way to go is towards democracy, in Algeria and elsewhere. Anything else would be tantamount to suicide. After all, the cultural aberration that has been paralysing the region's potential for some time and is a constant source of unrest, can no longer be sustained. It is also the reason that – from time to time – the language of violence gains the upper hand.

Nouara may be 65, but she is ready to join thousands of others who burn their ID and pay traffickers for the chance of a new life in Europe. Zineb Bettayeb reports END_OF_DOCUMENT_TOKEN_TO_BE_REPLACED

In Doha, Arabs from Morocco, Tunisia, Egypt and Algeria are gathering to celebrate the first ever FIFA World Cup to be held on Arab soil. The criticism from Europe? Over the top, ... END_OF_DOCUMENT_TOKEN_TO_BE_REPLACED

"Rebel Game: The Power of Football in the Middle East and the Qatar World Cup", an anthology published by Middle East researchers Jan Busse and Rene Wildangel, takes the upcoming ... END_OF_DOCUMENT_TOKEN_TO_BE_REPLACED

After a two-year hiatus, the Arab League re-convened at the beginning of November in Algiers against a backdrop of uncertainty and discord. By Pierre Boussel END_OF_DOCUMENT_TOKEN_TO_BE_REPLACED

The history of Jews and Muslims is far more entangled than you might imagine – but you have to listen out for it. In "Recording History", Christopher Silver takes us on a sonic ... END_OF_DOCUMENT_TOKEN_TO_BE_REPLACED
Author:
Ismail Azzam
Date:
Mail:
Send via mail

END_OF_DOCUMENT_TOKEN_TO_BE_REPLACED
Social media
and networks
Subscribe to our
newsletter