The Discovery of Arabic Literature in the Gulf

In an interview with Qantara.de the winner of this year's Arabic Booker Prize Abdo Khal talks about the significance of this major award for the Gulf region, as well as the division of Arab culture into a centre and a periphery. Loay Mudhoon spoke to him 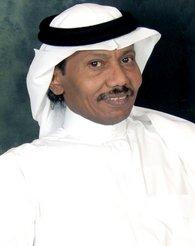 ​​Your Arabic novel "Tarmi bi shararin" (English: "She Sends out Sparks") won this year's Arabic Booker Prize on the sidelines of the Abu Dhabi International Book Fair. What does this distinction mean to you and to Arabic literature in the Gulf?

Abdo Khal: This award represents a milestone for literature in the Gulf region, writing that has long been virtually ignored by the rest of the Arab world. The people of the Gulf region can draw on a rich treasury of experience throughout their long Arab-Islamic history, controlling sea routes for a long time and making a decisive and enriching contribution to Arab culture – but many in the Arab book industry and literature business have not succeeded in doing justice to this wealth of experience.

Abdo Khal: There's no question that awarding the Booker Prize to a writer from the Gulf region can help to break the monopoly of what is known as the "centre" of Arab culture, particularly as I regard this artificial division of Arab culture into a centre and a periphery – in relation to an historic cultural area such as the Arab world – as undignified. In my view, literary creativity has nothing to do with geographical division.

​​ The sense is right now that the Gulf region is on the brink of a new era, and is increasingly advancing to become an important epicentre of globalisation. This is another reason why more attention should be paid to human achievements in this region. In order to help Arab authors achieve their breakthrough, I would even argue in favour of a prize for all five short-listed writers, although the accent should be less on prize money and much more on the recognition and appreciation of their literary achievements.

Your novel "She Sends out Sparks", in which you describe social changes in the city of Jeddah without deferring to taboos, was strongly criticised above all for its provocative language. Some critics believe your novel is slandering the moral values of society. Has such criticism surprised you?

Abdo Khal: No. This is a novel that sheds a critical light on social phenomena, does not tiptoe around those in power and above all denounces despotism and the abuse of power, and it's normal to expect a mixed response. But I think that a precondition of good literary criticism is a great deal of experience, so that the critic can register the complexity of the novel with all its associations of plot and characters.

Generally, if critics only concentrate on partial aspects of the work and do not pay heed to plot strands and other aspects, a novel will be misjudged.

Abdo Khal: I don't know why the novel is being reduced to this scandal and sexuality aspect. It's true that you can't separate a novel from the location where it is set, particularly if it becomes a symbol that uncovers society's double standards and calls for more realms of freedom. In my view, every novel must allude to the Arab "taboo triangle" – consisting of religion, politics and sexuality.

Your book is about the downfall of a district in Jeddah, about the disenfranchised members of society. What exactly are you aiming your criticism at here?

Abdo Khal: As I see it, the disenfranchised are those people in a society who are not able to make themselves heard. My novel "She Sends out Sparks" is an altercation between two worlds: that of decadent wealth and that of bitter poverty – and describes these worlds in great detail. What you take from this novel is up to you – the literary beauty or the scandalous partial aspects.

Abdo Khal was born in 1962 in Jizan in south-western Saudi Arabia. He studied political science at the "University of King Abdulaziz" in Jeddah. Khal has worked for various Saudi Arabian newspapers since the early 1980s. He currently edits the arts and culture pages of the daily newspaper "Ukaz" and is co-publisher of the magazine "Ar Rawi".

Sulaiman Addonia and "The Consequences of Love"
Veiled Longings for Romance
Sulaiman Addonia lived and studied in Saudi Arabia in the 1980s. His novel on the theme of forbidden love is set against the backdrop of the Saudi port of Jeddah. Rasha Khayat met up with the author in Hamburg

Publishers in the Arab World
You Don't Have a Chance, so Take it!
Almost everywhere in the Arab world, publishers have to make do without any marketing or distribution. How, then, do books reach their readers? Arab publishers met at a workshop in Abu Dhabi to seek common solutions. Gabriele Rubner has the details

END_OF_DOCUMENT_TOKEN_TO_BE_REPLACED
Social media
and networks
Subscribe to our
newsletter