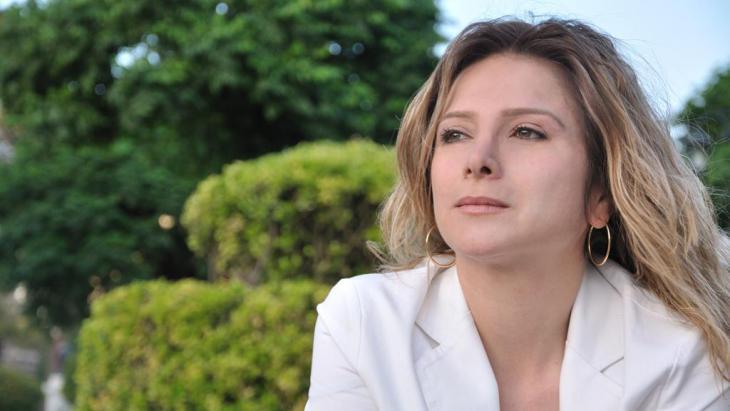 Samar Yazbek is a rebel. From an early age, she rose up against societal conventions, demanding her right to lead a free and self-determined life as a woman. When the revolution erupted in Syria in 2011, she was on the front lines of the struggle, but subsequently had to leave the country because of death threats. Claudia Kramatschek talked to her

Samar Yazbek, your novel "Ra'ihat al-Qirfah" was originally published in Arabic in 2008. The Syria you describe in the book is certainly not an ideal world, yet the horrors of today still seem far away. Now it has come out in German translation, has the book become the "Stranger in the Mirror" of its German title?

Samar Yazbek: Although the book came out several years before the revolution, I don't feel it is alien to me now. In it, I describe what led to the outbreak of the revolution, namely the gulf in Syria's class society: the rich on one side, the poor on the other. Incidentally, I think the German title is very fitting: the stranger who sees herself in the mirror embodies the alienation that's part of our reality. People who live in despotic societies really do suffer from a division of the soul, a division of their self. 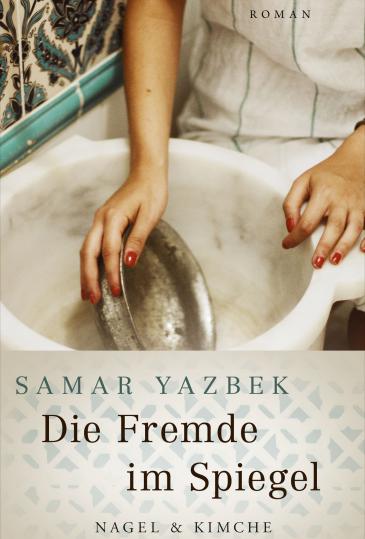 Insight into the dregs of Syrian society: Samar Yazbek's novel is based on a real-life scandal and tells a tale of violence, dependence and domination

Reading the novel superficially, it might be considered a story about a ground-breaking love affair between two women. Was that not automatically a bombshell in Syria?

Yazbek: If you put it like that, you're assuming that there's a critical awareness in society, that we're looking at a society in which people read, where people think about literature. But that's not actually the case. So I can't say there was ever any explosion over the book. There are two ways of dealing with a novel like this, though. The first way is to insult the writer; the second is to ignore her.

A more metaphorical reading would be that the novel is about two women from two very different social classes who are purportedly linked together by love. But ultimately, the book describes a case of abuse of a sexual, physical and mental nature. According to this reading, the rich upper class lives at the expense of the exploited underclass. As you said yourself, you see that as one of the reasons for the revolution.

Yazbek: In the West, but also in the Orient, people tend to focus on the body and everything that's physically banned. And as you said: this is a novel about a relationship between two women. But relationships in societies ruled by dictators are always dysfunctional. As such, the relationship between these two women is also dysfunctional. In the case of my book, we're looking at a 12-year-old child who is raped, abused, and who in the course of the book herself turns into the same kind of "beast", becoming aggressive and exercising power of her own.

Through Alia, this 12-year-old girl, we gain an insight into the dregs of society and the social changes that were already beginning at that point: the constantly expanding slums, the people fleeing to the cities, becoming impoverished and then eking out an existence as underworld thugs, henchmen and mercenaries. Does your novel tell the back-story to the revolution?

Yazbek: What's happening now is no surprise to me. In the book, I describe the situation in the outskirts of the big cities – the situation in rural areas is worse, by the way – and the oppressed class that has grown poorer and poorer under Hafiz and Bashar al-Assad as a result of their economic policies. It was precisely these people who set the revolution in motion.

The religious fundamentalists also feature in your novel too: a mosque is built in Alia's district; women start wearing veils. Could you ever have imagined that a terrorist group like IS would befall Syria?

Yazbek: In the case of Syria, the situation is very complex. I did see that the Islamists were expanding their reach and growing in number. But that has to do with the fact that there are no civil rights. In other words, it's a direct consequence of the dictatorial society in which people no longer feel safe and then turn to religion. 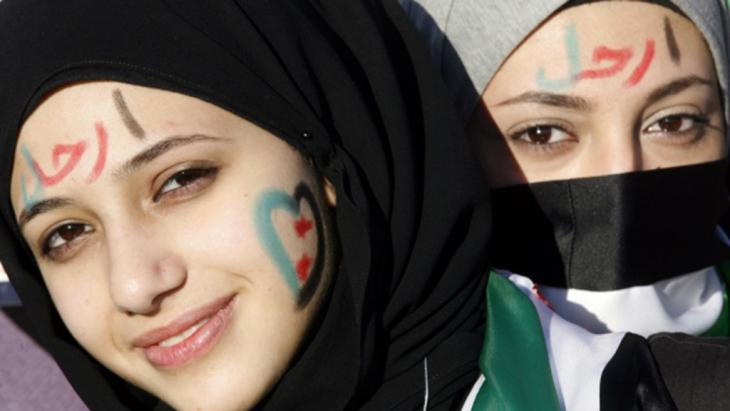 "The Syrians as such aren't radical. Quite the opposite, in fact: they tried to keep the revolution peaceful. Despite the murders, the daily killings by the regime, they didn't let the regime provoke them into committing massacres," says Samar Yazbek

IS, about whom everyone is talking right now, came from outside and occupied Syrian territory. It is very important to point that out, because the Syrians as such aren't radical. Quite the opposite, in fact: they tried to keep the revolution peaceful. Despite the murders, the daily killings by the regime, they didn't let the regime provoke them into committing massacres. The massacres are the doing of the radicals – and these radicals are a result of the policies of Bashar al-Assad. That's why I always say: you can't do anything against the jihadis from IS if you don't do something about Assad at the same time.

Many Syrians are disappointed by the West because it isn't taking concerted action against Bashar al-Assad's machinations. Do you share that sense of disappointment?

Yazbek: I'm not just disappointed. What I see is that the West doesn't care at all about the Syrian people and the country. That's why we're now confronted with the greatest moral problem or the greatest moral scandal: they're simply letting people die, not looking out for them and not intervening. Assad has killed half the population, and they let him get away with whatever he wanted. Then the IS terror came on top of that – whereby Islamic State and Assad are one and the same for me – and still they're doing nothing!

Doing something for the country now will take a very long time, and you have to ask yourself: does anyone really want to in the first place? The situation in Syria is simply catastrophic and tragic. Millions of people are displaced; millions of children are not getting an education; millions of women have been raped.

But despite all that, I still have hope. I can't allow myself to give up. History has always been that way. There has always been violence, brutal people and murderers, and humanity has always stood up to them to demand justice and freedom. That's what we have to continue doing now.

Very different Western reactions to the suffering in Ukraine and the Arab world show that there is a profound rift among cultures. Essay by Michael Young END_OF_DOCUMENT_TOKEN_TO_BE_REPLACED

United Arab Emirates strongman Sheikh Mohammed bin Zayed al-Nahyan, who was formally elected president on 14 May, has led a realignment of the Middle East, creating a new anti- ... END_OF_DOCUMENT_TOKEN_TO_BE_REPLACED

Middle Eastern countries are still on the fence when it comes to the Russian invasion of Ukraine. Their citizens point to the West's double standards surrounding conflict and ... END_OF_DOCUMENT_TOKEN_TO_BE_REPLACED

For over fifty years, British photographer Peter Sanders travelled across the Middle East and further afield, seeking out the saints of Islam. His work uncovers a little-known ... END_OF_DOCUMENT_TOKEN_TO_BE_REPLACED

END_OF_DOCUMENT_TOKEN_TO_BE_REPLACED
Social media
and networks
Subscribe to our
newsletter