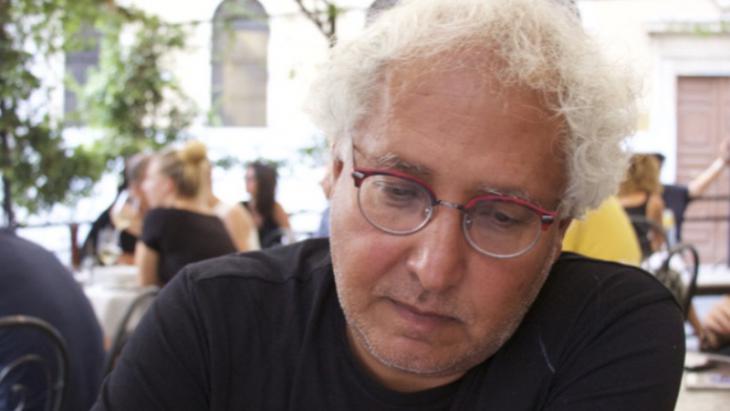 ″Suslov′s Daughter″ is the inward and outward journey of a Yemeni revolutionary in search of answers; a man struggling to find his equilibrium, while the Yemeni revolution turns from a dream into a nightmare. Habib Abdulrab Sarori talks to Valentina Viene

What inspired you to write "Suslov's Daughter"?

Habib Abdulrab Sarori: I was prompted to write this novel a few years after the Arab Spring began, when a volcano of dreams erupted then failed, as the utopia became dystopia. Evil religious forces joined the fight and the political struggle degenerated into military conflict and war. The novel revolves around the Yemeni revolution, against a background of politics and history that provides the constant for most Arab Spring scenarios. This explosion – being suddenly confronted with the conflicts that plague our Arab societies – was an inspirational moment and the starting point for my novel.

How should readers understand the relationship between Imran and Faten (Hawiya)? The one a Marxist, the other an Islamist? How can Imran fall for her, after losing his wife Najaa in a terrorist attack? Are their ″paradisical encounters″ possible or even plausible, when their personalities are so different?

Sarori: Imran is primarily the product of a cosmopolitan Aden, which is where he spent his childhood. His first innocent relationship was with Faten, the daughter of a Marxist leader called Suslov. As a teenager, Imran adopted the prevailing ideology of Marxist Leninism, then left to study in France, where he met and married Najaa. In France his opinions changed and he assumed a more moderate, sophisticated approach, distancing himself from the harsh Soviet ideologies of southern Yemen. Imran took part in the Arab Spring. Prior to that, his wife had passed away in a famous terror attack in Paris.

A few years later, he was to bump into Faten in Sanaa. Now an Islamist preacher and an obscurantist leader, she had changed her name to Amat al-Rahman. Conservative returnees from Afghanistan had brought her to Sanaa following the massacre of the 1986 war in Aden, which put paid to the Marxist-Leninist experiment in southern Yemen. After this war, many zealous Marxist-Leninists converted to Islamism. This conflict between ′Marxist factions′ that claimed 13 thousand lives in 10 days was a trauma for everyone, a caesura that inevitably triggered extreme reactions. After the failure of the revolutions in other Arab countries, such as Lebanon, many Marxist-Leninist revolutionaries joined religious sects that opposed each other.

I tried to use these historical facts as raw material for the narration: it was inspiring, this moving from a radical far-left ideology to another on the far right. Such a change retains, albeit in a different direction, the ideological conviction, the radical intellectual structure and the firm belief in the absolute necessity of an ideology. 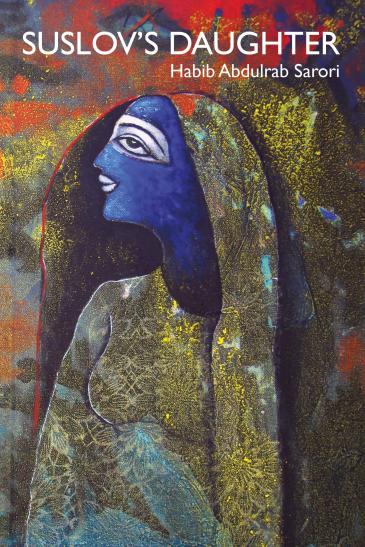 The pendulum of conviction: "it was inspiring, this moving from a radical far-left ideology to another on the far right. Such a change retains – albeit in a different direction – the ideological conviction, the radical intellectual structure and the firm belief in the absolute necessity of an ideology," explains Sarori

As for Ama al-Rahman, she is clearly affected by schizophrenia: her parents split up due to her father′s own affliction.

A guru, a leader of misguided Yemenis, comes to the rescue, washing away her tears and marrying her off to his worthless son, while at the same time maintaining a secret love affair with her. She is seemingly imprisoned by his hypnotism.

Yet, somehow, Ama al-Rahman unconsciously returns to her innocent childhood and the strong and sincere relationship with Imran, enabling her to escape from her disastrous life and its dark and oppressive environment. Or maybe she’s merely swapping one form of narcosis for another.

And the two lovers′ ″paradisical encounters″ or ″rehearsals for paradise″, as Elisabeth Jaquette calls them in the English translation: they are surely metaphors for the lovers′ spiritual combat?

Sarori: Indeed. These passionate encounters represent moments of spiritual combat between two fighters: an Islamist leader who is trying to seize power and a secularist dreaming of the revolution and of overthrowing tyrants. Each of them tries to drag the other into their own world.

In this silent war, Imran tries to remove his childhood love from the jihadist circles that killed his wife Najaa, whereas Ama al-Rahman knows that she won’t succeed in divorcing her true love Imran from his misguided secular culture to ultimately lead him to guidance and the Koran.

Can you tell us about Imran and his lover’s use of Facebook?

Sarori: I made a point of following the countless Facebook activities that began with the Arab Spring. Facebook is a great resource when it comes to observing what people think and what is going on in their minds. In the novel it becomes clear how powerful the Islamists are on Facebook, their use of FB masks, their dissemination of ideas, not to mention the activities of groups aimed at influencing people and silencing enlightened voices.

Imran uses his Facebook page to share his progressive and secular opinions; Ama al-Rahman has various fake accounts that are supported by other FB pages belonging to members of her political cells; it all works perfectly!

Imran and his lover (both using fake accounts) enter a long Facebook fight: it’s one way of enacting the spiritual combat out of bed. Their Facebook traffic is characterised by imbalance: almost no one follows him because of his secular ideas, whereas she has millions of followers!

What conclusions does he reach, following the failure of a 12 year-long relationship with Ama al-Rahman, during the ″Chinese phase″ with the last woman in the novel?

Sarori: Imran passes through many stages over the course of the novel, from his beginnings in Aden through an extended research phase to – at the end of the novel – the search for new insight, in the form of Chinese philosophy and the strategies of pure intelligence offered by Sun Tzu’s ″The Art of War″. The end of the novel is open: Imran is probably still searching for answers, but even his friend Azrael, it seems, is unprepared to provide them.

Towards the end of the novel you talk about a church turning into a bar as a metaphor. What was your intention?

Sarori: It was a way of showing the idea of gradual change, Chinese style: not only the inseparability of the yin and the yang, but also the transformation of one into the other. In other words, Imran starts to think of a flexible intelligent transition and not a radical, revolutionary one, as in his youth. Contemplating on the church that turns into a bar, without ruining or destroying it, is an indication of his new philosophical direction.

Home
Print
Newsletter
More on this topic
Interview with the Yemeni author Ali al-Muqri: ″Sex is the origin of all life″Background Günther Orth: Young Yemeni literature is looking for its placeInterview with the Yemeni director Sara Ishaq: "Yemen is like a garden that was full of weeds"
Related Topics
Arab Spring, Arabic literature, Book reviews, Dialogue of Cultures | Intercultural Dialogue, Literature, Yemen conflict
All Topics

At the end of every year, the team at Qantara.de gives you a run-down of the ten most-read articles on the site over the past 12 months. Here is a quick overview of the stories ... END_OF_DOCUMENT_TOKEN_TO_BE_REPLACED

Since Russia invaded Ukraine, Europe has been trying to find alternatives to Russian gas, inevitably zeroing in on the Arab Gulf states. In his commentary, Yemeni politician ... END_OF_DOCUMENT_TOKEN_TO_BE_REPLACED

Thanks to climate change, the Middle East is heating up faster than any other part of the world, putting the region's ancient pyramids, castles, holy and other heritage sites at ... END_OF_DOCUMENT_TOKEN_TO_BE_REPLACED

After a two-year hiatus, the Arab League re-convened at the beginning of November in Algiers against a backdrop of uncertainty and discord. By Pierre Boussel END_OF_DOCUMENT_TOKEN_TO_BE_REPLACED

Germany needs a strategy when brokering deals with countries like Qatar, Saudi Arabia or the United Arab Emirates that allows it to maintain its own moral compass. By Sebastian ... END_OF_DOCUMENT_TOKEN_TO_BE_REPLACED

END_OF_DOCUMENT_TOKEN_TO_BE_REPLACED
Social media
and networks
Subscribe to our
newsletter