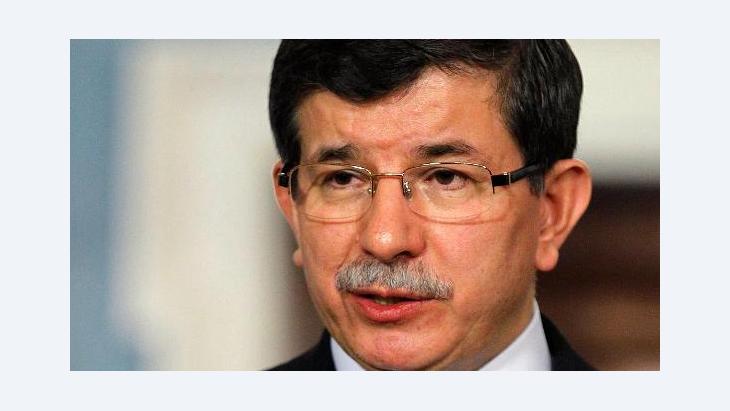 Dialogue Should Not Legitimize Assad

In an interview with Kersten Knipp, Turkish Foreign Minister Ahmet Davutoglu warns against interpreting Syria's civil war as a religious conflict. This perception could play into the regime's hands, he says

﻿Foreign Minister Davutoglu, many experts are indicating that the divide between the supporters and opponents of the Assad regime within the region is increasingly running along sectarian religious lines. Turkey, Saudi Arabia and other Sunni states have spoken out against Assad staying in power. In contrast, the Shiite dominated states of Iran and Iraq and also the Lebanese Islamist militia Hezbollah support Assad. In the light of these circumstances, can one now speak of a religious conflict?

Ahmet Davutoglu: I would say absolutely not, because it is not a war between Sunnis and Shiites. It is tension, a problem between a dictatorial regime and the people. For example, in Egypt or in Libya there were Sunni leaders. We were still against them when they tried to oppress people in these countries. In the region, the general problem is not sectarian. It is a problem between people and Cold War structures – authoritarian regimes, dictatorial regimes. 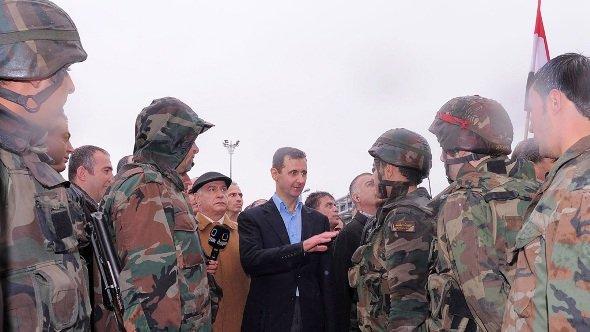 Leaders of Islamic nations, among them the presidents of Egypt, Turkey and Iran, urged Syria at a summit last week in Cairo to enter into a "serious dialogue" with the opposition alliance on a political transition to end the conflict. But there has been no sign that Assad is interested in a negotiated exit. Ahmet Davutoglu insists that one precondition of dialogue is that Assad deliver all his power to an interim government

The regime, however, wants to make this a sectarian war in order to consolidate certain groups around it. There may be some sectarian intentions, which are harmful for our region, but for Turkey it is not a sectarian issue and in essence, in reality it is not sectarian.

You are critical of the idea of dialogue between the Syrian opposition and the Assad regime. What are your reservations?

Ahmet Davutoglu: There were several attempts to convince Assad to enter into a dialogue in 2011 and 2012, beginning with Turkey, then Kofi Annan and other players. But Bashar Assad rejected the opposition outside Syria and claimed that this opposition is terrorist in nature. So will he recognize the opposition, the Syrian National Coalition, as the new player in Syria? Without recognizing the Syrian National Coalition or the opposition, what kind of dialogue will it be? It cannot be a dialogue if Bashar Assad claims that all these people are terrorists.

Secondly, should a dialogue be taking place, this dialogue should not be legitimizing Assad's authority. This image will legitimize Assad's power and give the wrong impression. And then who is accountable for 60,000 people being killed? Hundreds of thousands of people are refugees and millions of people are internally displaced persons. Who is responsible for that?

Your own country, Turkey, has experienced impressive economic development in recent years. And in terms of foreign policy, Turkey has also made a name for itself. How do you see Turkey’s future role in the Middle East? 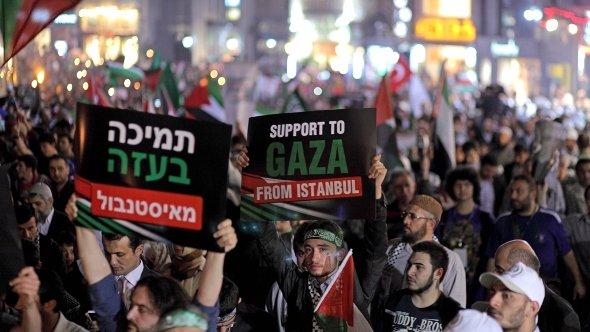 Relations between Turkey and Israel soured in May 2010 after eight Turks and an American of Turkish descent were killed by Israeli commandos who faced violence as they tried to stop the Turkish-flagged Mavi Marmara from reaching the Gaza Strip. Ahmet Davutoglu says that if Turkey's conditions are being met, relations could again be normalized

​​Without reform in a country, you cannot change the mentality – you cannot change the politics or the economy. Therefore, we are supporting all reform attempts in our region. We are supporting the newly elected governments and presidents in our region. We don't take any sides. Whoever comes to power by the choice of the people, these are our counterparts and we will support them.

Recently, we gave a $500-million (370 million Euro) soft loan to Tunisia, and a $2-billion soft loan to Egypt for economic development. We established joint economic, high-level strategic council meetings, and intergovernmental meetings. Why do we do this? Because we want to share our experience in health, in communication, transportation, energy policies, good governance and democratic reforms so that we can help. This is not an imposition, this is not dictating anything. But this is our duty to help our brotherly nations in our region to ensure the success of their reforms.

In May 2010, Israeli security forces stormed the ship Mavi Marmara, which was carrying aid to the Gaza Strip, in international waters. In response, Turkey recalled its ambassador from Israel and diplomatic relations reached a low point. How are Turkish-Israeli relations today?

Ahmet Davutoglu: We have been very consistent in this. Israel killed our civilians in international waters. And Israel is accountable for this killing. It is a crime and for the past three years, we’ve been calling for three conditions to be fulfilled: an apology, compensation and allowing us help Gaza – the end of the blockade.

The Kurdish YPG militia did the heavy lifting in the fight against the "Islamic State", yet many foreign YPG adherents, including Germans, have come home to find themselves under ... END_OF_DOCUMENT_TOKEN_TO_BE_REPLACED

The terror attacks in Paris, Brussels and Berlin were all carried out by men radicalised in jail. In Germany, politics and the judiciary are trying out new approaches to prevent ... END_OF_DOCUMENT_TOKEN_TO_BE_REPLACED

The assassination of the Iranian general Qassem Soleimani in a surprise U.S. drone strike is being used by the Islamic Republic of Iran to political ends, says Iranian journalist ... END_OF_DOCUMENT_TOKEN_TO_BE_REPLACED

With "Assad or We Burn the Country", Sam Dagher has furnished the world with some genuine ammunition against the Syrian regime's on-going campaign of disinformation. The only ... END_OF_DOCUMENT_TOKEN_TO_BE_REPLACED

There are only a few thousand Aramaic Christians left in south eastern Anatolia. And they are intent on preserving their ancient culture dating back one-and-a-half millennia. ... END_OF_DOCUMENT_TOKEN_TO_BE_REPLACED

Basma, Jad and Ma'zooza are about to join the Sesame Street family. The trio of new Arabic-speaking characters will help teach children in the Middle East to read and write, as ... END_OF_DOCUMENT_TOKEN_TO_BE_REPLACED
Author:
Kersten Knipp
Date:
Mail:
Send via mail