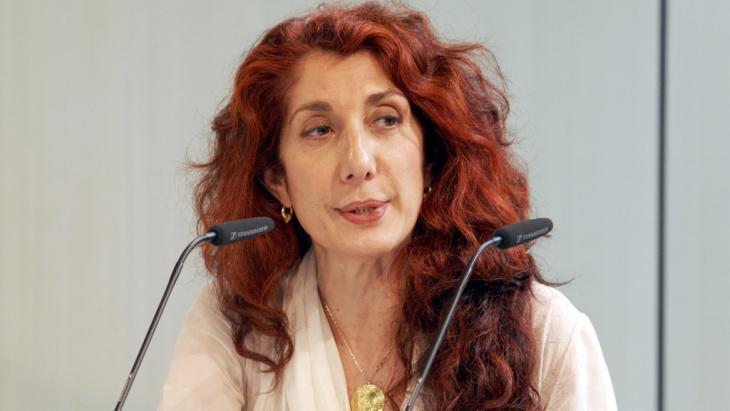 Prominent Turkish sociologist Nilufer Gole is a leading authority on Islamic identity and urban Muslim women. In an interview with Ceyda Nurtsch, she explains why freedom of speech is not sacred and why a new society in Europe is inevitable

Ms Gole, in the past, you have argued that Europe must avoid a clash of civilisations and instead build a new society where Muslims play a major role. Recently, Europe has seen movements like Pegida in Germany or the Front National in France on the one hand and young people joining IS or the attacks on "Charlie Hebdo" on the other. Would you say that the project of a new society has failed?

Nilufer Gole: I think you are right. We have two scenarios or configurations in Europe today and in the world. Either we tap into the clash of civilisations as Huntington said or we try to avoid it and create a new definition of civility, society and ways of living together.

Europe is becoming one of the places where these hypotheses or scenarios are being debated or even played out. We live in a very difficult period. The West as well as the Muslim world have difficulties understanding each other and arriving at new values that would help us find ways to live together. The recent attacks on the "Charlie Hebdo" cartoonists and the Jewish hostages in a kosher grocery store are very important and difficult moments both for European societies and for the Muslims living there because these terrorist attacks make it very difficult for ordinary Muslims to continue their daily lives without being targeted or suspected of being terrorists or having different loyalties.

Our work as sociologists and intellectuals is to explore the horizon of possibilities in real life. And there are possibilities. The solidarity gatherings have shown that there is a collective will – both in Germany and in France – to live together and not to fall into the trap of social fracture and polarisation. Intellectuals have to be the translators of different cultural sensibilities and values. It is very sad to see those who have the power of words using it against each other. 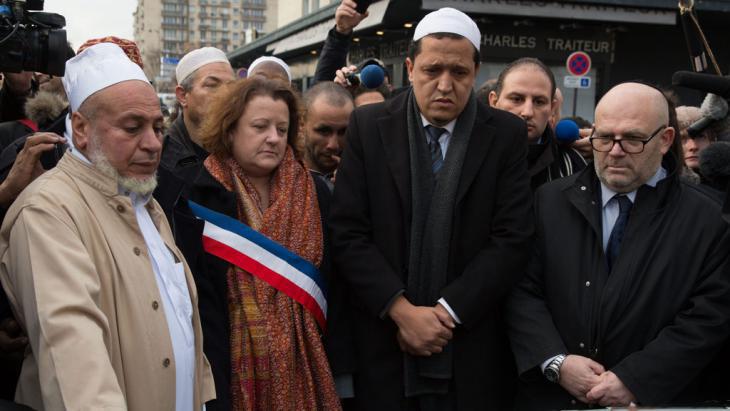 Pressure on the Muslims of France: "The recent attacks on the 'Charlie Hebdo' cartoonists and the Jewish hostages in a kosher grocery store are very important and difficult moments both for European societies and for the Muslims living there because these terrorist attacks make it very difficult for ordinary Muslims to continue their daily lives without being targeted or suspected of being terrorists or having different loyalties," says Nilufer Gole

Many people showed their solidarity after the attacks. Among them were politicians from states where there is little or no freedom of speech. Do you think there is a chance that this discourse on freedom of expression will be raised to a more universal level?

Satire has not always been in the hands of the oppressed. Sometimes it can be in the hand of the oppressor, the high classes making fun of the lower classes for instance. In schools, we know that it is always the vulnerable pupils who are made fun of. In French, "La tete de Turc" [literally "Turk's head" – ed.] is a word used to describe the child whom the others fight and make fun of. On the other hand, humour is helpful, we shouldn't be too politically correct because it helps us speak about conflicts or tensions in a society. When we were talking about freedom of expression before this terrible event happened, people were so certain that they should be published. But how the others perceive it, how they relate to it, was not discussed.

Furthermore in the West, especially in France and Germany, the generation of 1968 have always seen themselves as standing with the oppressed, with the poor, and they have an emancipatory power of discourse. But they didn't realise that they were turning their arms against people who are vulnerable in their social position, like the feminists of the 1968 generation when young Muslim girls coming from second or third generation migrant families were trying to wear headscarves to school. The feminists thought they were fighting the Church. So although they may not have had bad intentions, this superimposition of their own agenda from the 1960s, 70s and 90s was very harmful because it didn't take into consideration the Muslims, who have different sensitivities or a different situation that is not the same as the hegemony of the Church. 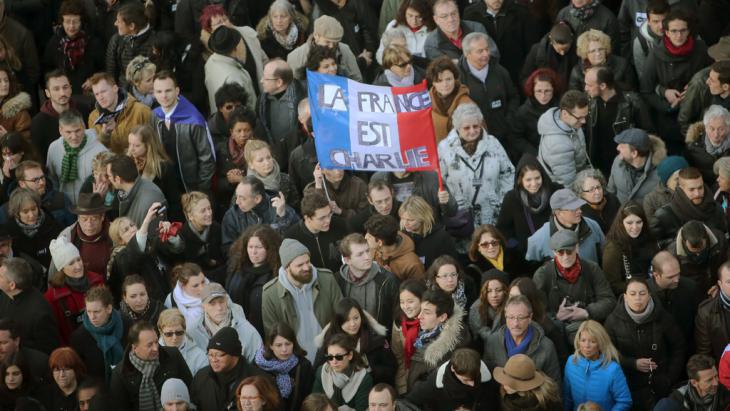 Sociologist Nilufer Gole feels that the time has come for a new debate on secularism: "Secular should not be a value but a principle that makes it possible for others to share a common space. It should provide a space of law and conversation that invites, not excludes"

This shows that there are many concepts that need rethinking. Freedom of expression, as we saw, is one of them. Would you say secularism and republican identity is another one?

Gole: I think that sometimes when you repeat something too often, it is not an organic living concept anymore. Rather it becomes a defence against the others. It shouldn't be like a wall that pushes other people outside society and makes them feel alienated. Because if secular means non-Muslim, that's a problem. Secular should not be a value but a principle that makes it possible for others to share a common space. It should provide a space of law and conversation that invites, not excludes.

You said Charlie Hebdo is a turning point. In what way?

Gole: There is a before and after. 7 January is a date. People compare it with 9/11. But I would say the answers will be very different. They cannot be the same. Europe cannot wage war on Islam, because Muslims are living in European society. So we have to come up with a different answer if we want to avoid falling into the trap of Islamophobia and anti-Semitism.

The Turkish sociologist Nilufer Gole was born in 1953 and is currently Directrice d'études at the Ecole des hautes etudes en sciences socials (EHESS), Centre d'Analyse et d'intervention Sociologiques (CADIS) in Paris. In her work, she focuses on Islamic identities and educated, urbanised, religious Muslim women. She is the author of many books, including: "The Forbidden Modern: Civilization and Veiling", 1997.

Home
Print
Newsletter
More on this topic
Interview with the French imam Djelloul Seddiki: "Extremist groups want to impose on us a clash of civilisations"On Raif Badawi, Charlie Hebdo and non-violent Islamism: "We are all in this together, like it or not"Attack on the French satirical magazine "Charlie Hebdo": Do not be deceived!Interview with Nilufer Gole: From secular enlightenment to secular fanaticism
Related Topics
Cartoons, Charlie Hebdo, Clash of civilisation, Enlightenment, Freedom of the press, Front National, Islamism | Political Islam, Islamophobia, Jihadism | Jihadists, Pegida, Satire
All Topics

The devaluation of the Egyptian pound combined with rising food prices is taking its toll on Egypt. More and more people are slipping into poverty. Karim El-Gawhary reports from ... END_OF_DOCUMENT_TOKEN_TO_BE_REPLACED

Since returning to power in Afghanistan, the Taliban have steadily eroded the rights and opportunities of women and girls, particularly their access to education. But Afghans are ... END_OF_DOCUMENT_TOKEN_TO_BE_REPLACED

The book "The Invention of the Maghreb: between Africa and the Middle East" prompts us to review basic terminology. This includes terms that we use almost every day as if they are ... END_OF_DOCUMENT_TOKEN_TO_BE_REPLACED

Tunisia has been going through a severe economic and political crisis in recent years. More than one in three young people there are unemployed. For many skilled, qualified and ... END_OF_DOCUMENT_TOKEN_TO_BE_REPLACED

At the end of every year, the team at Qantara.de gives you a run-down of the ten most-read articles on the site over the past 12 months. Here is a quick overview of the stories ... END_OF_DOCUMENT_TOKEN_TO_BE_REPLACED

The government in the Netherlands, one of the last European nations to abolish slavery, has made an historic apology. But some feel that there is still a long way to go. By Ella ... END_OF_DOCUMENT_TOKEN_TO_BE_REPLACED
Author:
Ceyda Nurtsch
Date:
Mail:
Send via mail

END_OF_DOCUMENT_TOKEN_TO_BE_REPLACED
Social media
and networks
Subscribe to our
newsletter