﻿Vénus Khoury-Ghata has published more than 30 books, prose and poetry, almost entirely in French. Her poetry was awarded in France with the renowned Apollinaire Prize, among others. Yet, her mother tongue is Arabic. Martina Sabra talks with Khoury-Ghata about how she came about deciding to write in French

The Lebanese born, Paris based author Vénus Khoury-Ghata has been awarded numerous renowned prizes for literature in France. This year Khoury-Ghata will be seventy years old. Just now, another of her novels has appeared in French. Martina Sabra met with Khoury-Ghata 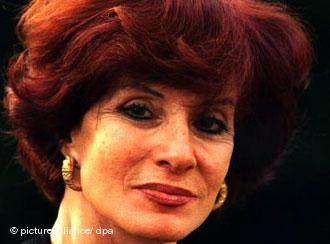 Vénus Khoury-Ghata: "Whenever I read one of my novels in Arabic translation, the dialogue often seems wooden. Standard Arabic can be so ponderous, so majestic."

​​ Vénus Khoury-Ghata, you spent the first half of your life in Lebanon. Are there childhood memories that you vividly recall? Which places left their mark on you?

Vénus Khoury-Ghata: We were four children – three girls and a boy. Nine months of the year we lived in Beirut in the house of my father, who constantly beat and terrorized us. I hated Beirut for this reason. In complete contrast were the summers that we spent in Bsherreh, the mountain village in North Lebanon from where my mother came and also where the great Lebanese poet Khalil Gibran was born.

For us, the three summer months there were always a true liberation. When we arrived, we pulled off our shoes and socks and ran around barefoot like the children of the village. We ate fruit right from the tree and played wonderful games.

Sometimes, our freedom took on a somewhat morbid appearance. My uncle was a well-known coffin maker. We used to hide in the coffins leaning up against the walls of his workshop. For us, death was something completely normal, and we weren't frightened by it. This playful attitude towards death has also influenced my writing.

The tyrannical father figure is very present in your stories. How was the relationship with your mother?

Khoury-Ghata: This woman, who lived her entire life in fear of her husband, taught me not to fear any man. Not any! As soon as I discover that a man wants to exercise his power over me, I rebel with all my might. I endured thirteen years in my first marriage. Today, I compare myself with the stubborn goats from Bsherreh, who climb all the way to the summit of the mountain and don't let anything keep them back. When I see goats, sometimes I just want to throw myself around their necks!

You have published more than 30 books, prose and poetry, almost entirely in French. Your poetry was awarded in France with the renowned Apollinaire Prize, among others. Yet, your mother tongue is Arabic. How did you come about deciding to write in French?

Khoury-Ghata: When I came to France in the early 1970s, I experienced an intense conflict in my writing. My head felt as though steel was colliding with steel, like two swords in a duel. While writing, I transposed Arabic expressions and sentence structures into French. This continued until the day when we were cut off from Lebanon because of the war there and, suddenly, I was hardly reading anything at all in Arabic.

I said to myself, now you must finally bid farewell to your Arabic, and it made me very sad. Today, however, I am very happy that I chose to write in French. Whenever I read one of my novels in Arabic translation, the dialogue often seems wooden. Standard Arabic can be so ponderous, so majestic. How can you use it to create lively dialogue?

Did your choice of French also influence the content of your work?

Khoury-Ghata: Not really. France is indeed my home and I have published over thirty books here. Yet, not one of my works is set in France. It never occurred to me to put words in the mouths of Frenchmen. I continue to fetch my topics, stories, and characters from the other side of the Mediterranean.

Even as a very young woman, you experienced many highs and lows. How did you manage to pull yourself together and continue to write?

Khoury-Ghata: We are the sum of our sufferings. My second husband, Jean Ghata, was torn from us and a very successful life in 1981 at only 52. I was left all alone with our young daughter. Since then, I have the feeling that everything that I love slips through my fingers like sand and that I am only able to straighten myself out when I no longer look for the love of a man. Instead, I use writing to help pull myself together anew. Writing has taken the place of a husband, a brother, even love.

You have been particularly marked by the fate of your brother. Upon the insistence of your father, he was locked away in a psychiatric ward when he was 21 due to a drug problem. After decades of treatment, including electroshock therapy, he was totally destroyed. You have used his story and that of your parents in a number of novels. What was it like?

Khoury-Ghata: I was unable to contact my brother for many years. Only after my parents died did I finally feel free to write our story. Yet, we were no longer able to communicate with each other. He has since died, as well. I loved him very much. I just did not do enough to save him, to protect him. I still sometimes reproach myself for this.

In your latest novel (Sept pierres pour la femme adultère), which has just appeared in France, you tell the story of a woman in Iran who is to be stoned for allegedly committing adultery. There is a tendency in the West to reduce the Arab-Islamic world to such horrible practices. Don't you fear that you may be serving Oriental clichés? In other of your books as well, such as Bayarmine, which has been translated into German, you create a seemingly very exotic image of the Orient. Where do you draw the border to Orientalism?

Khoury-Ghata: I find the discussion on Orientalism very important. And I truly revered Edward Said, who studied this issue. His death was a massive loss for the Arab world. But I don't write intellectual treatises, rather novels. And my novels are not soaked in rose water, like those of Pierre Loti. I write about the Orient in a language that belongs to me, one that I haven't borrowed from anyone.

You will be celebrating your seventieth birthday this year. Most of your contemporaries would take this as an opportunity to slow down. Instead, you pick up the pace. Where do you get the energy?

Khoury-Ghata: I am very disciplined. I wake up early every morning and begin work on my own novels and poems. Then I take care of my cats and others' work. You see, I am a member of around a dozen different literary juries. This means that I read a great deal. And meetings often take place in my home. Afterwards, we go to a bistro for a pleasant meal. Lebanese food, of course!

Qantara.de
Pierre Loti
Dreams of the Orient
Under the pen name Pierre Loti, Frenchman Julien Viaud brought us the zeitgeist of Orientalism in literary form. His autobiographically inspired novels paint a romantic picture of the "mysterious" Orient and manifest a longing for the exotic. Susan Javad reports
Interview with Fuad Rifka
At Home in German Thought
The Syro-Lebanese poet and thinker Fuad Rifka is currently working on a new bilingual anthology of German poetry in Berlin. Youssef Hijazi spoke to him about his love of German culture and about the difficulties of translation
Dossier
German-Arab Literature Exchange
Literature has always been an important means of cultural exchange and dialogue. Translators and publishers live on the edge of poverty to make a beloved foreign world visible. Qantara.de presents some Arab and German figures.

END_OF_DOCUMENT_TOKEN_TO_BE_REPLACED
Social media
and networks
Subscribe to our
newsletter