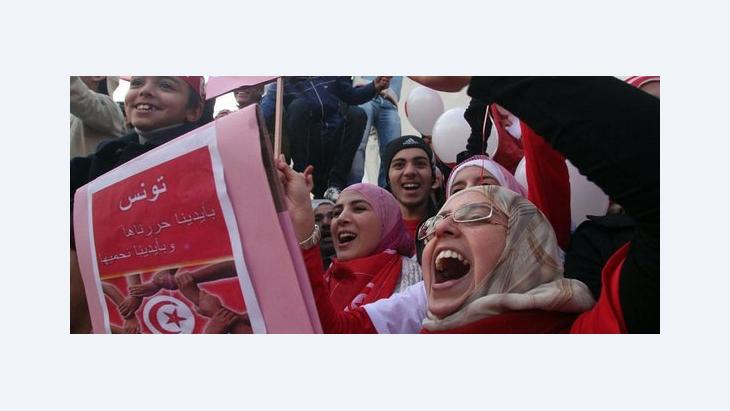 ''Nowhere Do I See a Theocracy in the Making''

﻿In his book Der Aufstand. Die arabische Revolution und ihre Folgen (The Uprising. The Arab Revolution and Its Consequences), Volker Perthes analyzes the situation in the Arab world. Volker Thomas spoke to him about the current situation in the region, the future of the Arab states and about the role that the West can play in the process of democratization

Professor Perthes, how long do you think the "Arab Spring" will last?

Volker Perthes: I don't use the term "spring", because it expresses too much impatience and doesn't encourage us to think about a long-term strategic commitment. From other transformation processes – for instance, those in Eastern Europe – we know that authoritarian structures can't be overcome in three months. It can take many years, even decades.

What will the Arab states ultimately end up as: theocracies, democracies, tribal republics?

Perthes: As is the case at present, there will be more than one state model in the Arab world in the future. Today, there are republics, monarchies, more or less authoritarian or liberal regimes. In the next ten years, these differences will become even more pronounced than in the past. We're going to have very authoritarian systems, liberal systems and, I hope, "sustainable" and self-sustaining democracies – most likely in Tunisia. Nowhere do I see a theocracy in the making. 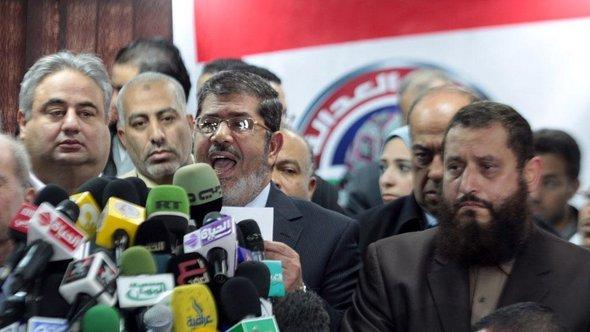 According to Volker Perthes, people don't vote for the Islamist parties for religious reasons, but rather because they expect them to solve their political and economic problems

But the Islamic parties are attracting lots of votes…

Perthes: Islam is part of the political spectrum in these countries. This has to do with a basic conservative religious sentiment, but also with the fact that these movements were in the opposition for a long time. Many people believe that the religious parties have the edge in terms of morality. After all, "Down with corruption" was an important battle cry. However, few will vote for the Islamic parties for religious reasons. People expect these parties to solve their political, economic and moral problems.

Won't the situation become critical at the latest when religious ideas come into conflict with basic principles of democracy such as women's rights and freedom of speech?

Perthes: That's right. This is related to the question as to whether Islamic political groups will adhere to the rules of – the yet to be established – democracies. Will they accept that they can be voted in and then voted out? Will they adjust their policies so as to work pragmatically when in government in order to be re-elected? Or will they let themselves be put under pressure by fundamentalist groups?

How can the European Union support the transformation process?

Perthes: The EU has an entire "toolbox" ready to support political transformation processes, including election observers and election workers, constitutional lawyers, specialists in property law and business law. In all this, the EU is well equipped. Then there are the well-known three M's: money, market and mobility. People are always happy to take money, but the EU knows that it can't compete with the rich Gulf States.

​​What is important to bear in mind here is that it isn't just a matter of producing inexpensive energy for Europe. On the contrary, it is above all about building up a reliable power supply in North Africa itself. As far as I am concerned, that's the important part.

How do you view the Israeli-Palestinian conflict in this overall context?

Perthes: It is a stumbling block on the path to further developments and it always has been. Think, for example, of the plans to build a motorway along the Mediterranean from Morocco to Turkey, a project that would bring states together and create a lot of jobs. Think of the water projects that haven't got off the ground because there's no trust.

Can the United States get things moving?

Perthes: Without the US, nothing is going to induce the conflicting parties to make the concessions they have to make to bring about a solution, which everyone knows will have to be a two-state solution.

You conclude your book with a view of two world models and argue that it was not the Chinese model that triumphed in the Arab revolutions, but the West's democratic model.

Perthes: In the Arab revolts we saw that wherever people take to the streets, they are calling for the democratic model, not the Chinese, Saudi or Iranian one. They want participation and social justice. The political leaders of these states, who have now stepped down, repeatedly told us: "Don't push us to open up to democracy; we have a good model in China – economic development and authoritarian rule." The people, on the other hand, have now made it clear that they don't want that. Yes, they want economic growth, but not at the price of participation and social justice.

Professor Volker Perthes has been director of the German Institute for International and Security Affairs (Stiftung Wissenschaft und Politik / SWP) since 2005. The institute advises the German parliament and government on foreign policy questions. He also lectures at the Humboldt University and the Free University, both of which are situated in Berlin. In late 2011, Pantheon Verlag published his book Der Aufstand. Die arabische Revolution und ihre Folgen (The Uprising. The Arab Revolution and Its Consequences).

Home
Print
Newsletter
More on this topic
Uprising against the Assad Regime in Syria: What Support for the Protest Movement?The Arab Spring and Its Implications: Departure from IdeologyPolitical Change in the Middle East: The Reordering of the WorldThe Arab Spring and the ''Nahda'' Reform Movement: The Second Arab Renaissance
Related Topics
Arab Spring, Arabellion, Democracy and civil society, Ennahda movement, Islamism | Political Islam, Muslim Brotherhood, Sharia
All Topics

With social distancing impossible in tents, a coronavirus outbreak in one of Lebanon's Syrian refugee camps would quickly turn catastrophic. Yet, many Syrians have more ... END_OF_DOCUMENT_TOKEN_TO_BE_REPLACED

Repression and despotism takes many forms. Yet as varied as these phenomena are, they all share a common core, argues Tarek Azizeh. Revolutions accompanying the struggle for ... END_OF_DOCUMENT_TOKEN_TO_BE_REPLACED

Dubbed the "Butcher of Hama", Syria's Rifaat al-Assad is accused of embezzling millions in European real estate. Like him, many regional rulers have preferred to keep their ... END_OF_DOCUMENT_TOKEN_TO_BE_REPLACED

For the first time anywhere, Syrian intelligence officers are facing trial – in Germany. The court aims to probe the defendant's alleged crimes, as well as cast light on Bashar al ... END_OF_DOCUMENT_TOKEN_TO_BE_REPLACED

Plagued by troubled state-citizen relationships on the one hand and conflict on the other, states in the Middle East could discover new uses for COVID-19 lockdown measures. By ... END_OF_DOCUMENT_TOKEN_TO_BE_REPLACED

Despite his main focus being on his childhood and youth, spent between East and West, Riad Sattouf also describes the current state of the Arab world in his much-lauded graphic ... END_OF_DOCUMENT_TOKEN_TO_BE_REPLACED
Author:
Volker Thomas
Date:
Mail:
Send via mail

END_OF_DOCUMENT_TOKEN_TO_BE_REPLACED
Social media
and networks
Subscribe to our
newsletter