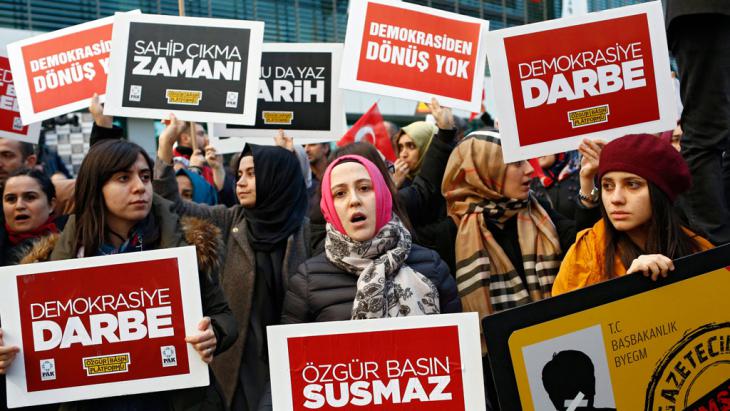 By seizing the newspaper "Zaman" and placing it under state control, the Turkish government has yet again compromised the rule of law and democracy, says Turkey expert Yasar Aydin in an interview with Helena Baers

Turkish police stormed the editorial offices of the opposition newspaper "Zaman" and took control of it. The media outlet is known for its ties to the Gulen movement, which is unpopular with Recep Tayyip Erdogan. What is behind the government measures?

Yasar Aydin: The business group that owns "Zaman" has been accused of financially assisting a terrorist group. Of course, it is natural that such involvement is investigated or stopped. But this is a critical newspaper that is now run by administrators and has been transformed into a government mouthpiece. The actual background is a power struggle with the Gulen movement. President Recep Tayyip Erdogan feels it questions his entitlement to rule and his style of leadership, points that have been challenged within his own ranks as well.

According to your assessment, is the seizure of "Zaman" simply an excuse to crack down on opposition media?

Aydin: I think Turkish leaders want to intimidate opposition media and critical journalists. They have now taken to pressuring the media politically and economically in addition to other attempts to coerce them. Now these attempts have reached a new level. Concerns about media freedom in Turkey are justified.

What does the seizure of "Zaman" mean for press freedom in Turkey? 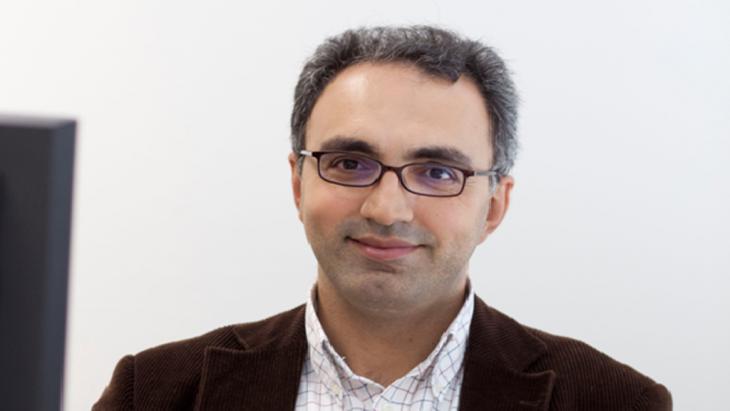 Yasar Aydin: "Freedom of the press in Turkey is very restricted. One must note that the AKP government controls a large part of the media and uses these media as a means of intimidating political opponents and steering public debates in Turkey"

Aydin: Freedom of the press in Turkey is very restricted. One must note that the AKP government controls a large part of the media and uses these media as a means of intimidating political opponents and steering public debates in Turkey. Another factor is the way media and business are intertwined. Media companies have invested in other sectors such as construction, transportation and industry, and their business dealings prevent them from performing an objective monitoring role, as is the case in established democracies.

How do people in Turkey interpret the takeover of "Zaman," the arrest of two "Cumhuriyet" journalists and other anti-media incidents?

Aydin: It varies. AKP government supporters do not raise their voices. They are convinced that the government's accusations against such media are justified. But there is also a critical part of the population that does not think it is good - they are "Zaman" sympathisers and before that, they were "Cumhuriyet" sympathisers. In Turkey, there is a strong wave of solidarity for critical journalists and opposition media.

Have Turkey's actions against critical media outlets put it on the path to dictatorship? 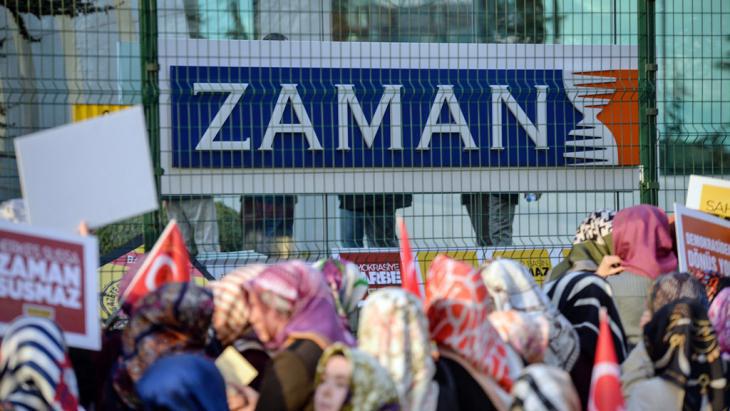 Intimidating political rivals: "Zaman" had always aligned itself with the Hizmet movement led by Muslim cleric Fethullah Gulen, resident in the USA since 1999 and one of President Erdogan′s main opponents. Last Friday, Turkey′s highest circulating daily newspaper (650,000 copies) was placed under state control. Its editor-in-chief, Abdulhamit Bilici, was fired

Aydin: Turkey is a democratic country, but the rule of law has been severely undermined. I would not like to speak of a dictatorship, but we can definitely say that in Turkey the rule of law and democracy have been undermined, and that is worrisome.

The European Union seems to be dependent on Turkey for the resolution of the refugee crisis. Is Erdogan exploiting the situation?

In light of the recent crackdown on critical media, do you think Turkey can realistically be considered as a candidate for EU membership?

Aydin: It is important to continue talks on EU membership with Turkey. But you have to send a clear signal to government leaders that Turkey must return to the path of democracy again. We must not forget: In the 1970s, when talks with Eastern bloc countries were initiated, they were not democratic either. Turkey has shifted away from democracy, but if the EU suspended talks with Turkey, then would it have no more leverage in its efforts to exert influence and support democratic powers.

Dr. Yasar Aydin is a social scientist and lecturer at HafenCity University Hamburg. He is also a member of the Turkey Europe Center (TEZ) in Hamburg.

One year ago the Taliban returned to power, seizing Kabul; the U.S. and its allies made a panicked exit from the country. Of all the books written on the subject, four stand out ... END_OF_DOCUMENT_TOKEN_TO_BE_REPLACED

In "Iran. Die Freiheit ist weiblich", journalist Golineh Atai describes the dogged resistance of courageous Iranian women against the Islamic Republic and the mullahs who have ... END_OF_DOCUMENT_TOKEN_TO_BE_REPLACED

Unflattering terms were used at a German Football Association human rights congress aimed at "intensifying the discussion" ahead of the World Cup. One speaker in particular made ... END_OF_DOCUMENT_TOKEN_TO_BE_REPLACED

Egyptian authorities have Mada Masr in their sights once again after critical reporting. But the editor of the country's last independent news source is adamant they will continue ... END_OF_DOCUMENT_TOKEN_TO_BE_REPLACED

Like Christianity, Europe's history is one of migration. Both have strong roots in the Orient and in cultures thousands of years old. Cultural historian Bernhard Braun invites us ... END_OF_DOCUMENT_TOKEN_TO_BE_REPLACED
Author:
Helena Baers
Date:
Mail:
Send via mail

END_OF_DOCUMENT_TOKEN_TO_BE_REPLACED
Social media
and networks
Subscribe to our
newsletter