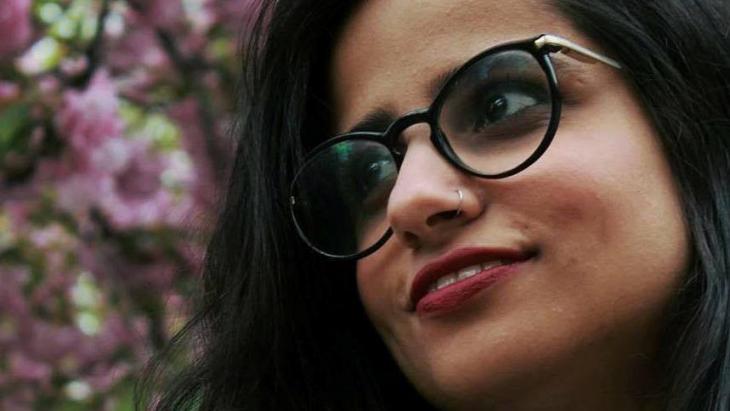 Interview with Yasmine Zohdi, editor with Egyptʹs Mada Masr
"Censorship is the worst it has ever been"

Yasmine Zohdi is the culture editor for Mada Masr, Egyptʹs leading liberal online newspaper. In interview with Schayan Riaz, she talks about her work reviewing Arab cinema at this year's Berlinale and the increasing censorship felt by creatives and media professionals in Egypt

Ms. Zohdi, you were part of the Berlinale Talent Press this year and mainly focused on Arab cinema. Were you assigned these films or did you choose them yourself?

Yasmine Zohdi: I chose them myself. I focused on Egyptian or Arab films at the Berlin Film Festival because usually these films donʹt make it back home to Egypt. Mainly because of censorship. So I wanted to see what they were about. Other than that, we had to publish a longer essay at the end of the festival, which would also appear in another outlet. Since mine would appear on Mada Masr, the website I work for in Egypt, I wanted the focus of the text to be relevant to the region.

Youʹve just mentioned censorship. Can you talk a bit about the Egyptian censor board and how it operates?

Zohdi: There are no standards. Thatʹs the biggest problem of the Egyptian censor board. When it comes to censorship, there simply are no rules. Itʹs often left up to one particular censor dealing with a specific movie. And then there are some films, where you just know beforehand, that they wonʹt ever make it to a cinema. Mostly because thereʹs a direct message of dissent against the government. In that respect, itʹs the worse it has ever been. A lot of films are being censored at the moment. I donʹt just mean that certain scenes are cut out. I mean that they arenʹt even shown at all.

How do you as a journalist tackle these developments? Do you write about censorship? And how are those articles received?

Zohdi: Definitely. But with our website itʹs a very specific case. Even though Mada Masr is one of the few independent journalistic platforms left in Cairo, our website is currently blocked. It only works outside of Egypt. Of course, people can download proxies and still access the site. So weʹre still operating and publishing. But it has surely affected our readership. How does the government receive our work? Obviously not well.

What other modes of communications do you use then, if your site is blocked? Is YouTube an option for film criticism?

Zohdi: Well, Mada Masr is mainly a news site. I handle its culture section. And sometimes we do use video. Itʹs definitely something we want to experiment with. We even have a YouTube channel! Thereʹs actually a web series, a kind-of political satire called Big Brother. Itʹs very funny and has been going viral so far. The website produces it. It was even covered in the press, by the Financial Times for example. In fact, weʹre always trying to find new ways to manoeuvre.

Abortions are illegal in Egypt unless they are necessary to save a married woman's life. But that doesn't stop local women from having one. Egyptian society needs to acknowledge ... END_OF_DOCUMENT_TOKEN_TO_BE_REPLACED

Food prices doubled, salaries halved, banks restricting withdrawals: Egyptians now have the same problems as the Lebanese. But if things get worse here, the fallout will be far ... END_OF_DOCUMENT_TOKEN_TO_BE_REPLACED

Giessen, Eichsfeld, Kusel, Berlin – cars bearing old German number plates are the latest trend on the streets of Cairo. Many Egyptians regard the discarded plates as chic. What ... END_OF_DOCUMENT_TOKEN_TO_BE_REPLACED

Egyptian Sufis have been on the defensive against the country's Islamists for decades. Meanwhile, interest in mysticism is growing among the young members of Cairo’s middle and ... END_OF_DOCUMENT_TOKEN_TO_BE_REPLACED

Chinese President Xi Jinping's visit to Saudi Arabia in December 2022 may have rattled Washington, but it simply highlighted the Arabs’ desire to diversify their foreign relations ... END_OF_DOCUMENT_TOKEN_TO_BE_REPLACED

END_OF_DOCUMENT_TOKEN_TO_BE_REPLACED
Social media
and networks
Subscribe to our
newsletter