"The West Must Avoid Russia's Mistakes in Afghanistan"

Zbigniew Brzezinski was instrumental in arming the Afghan mujahedeen against the Soviet Union. In an interview with Dennis Stute, the former US security advisor talks about how the West can avoid the mistakes of the Russians 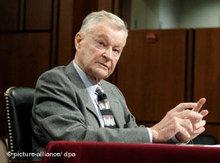 ​​While almost all political parties in Germany want German troops to remain in Afghanistan, a majority of the population would prefer a withdrawal. What should the West do – withdraw, stay the course or increase the number of troops?

Zbigniew Brzezinski: I don't think any of these options can be the answer. Withdrawal means that Afghanistan will plunge immediately into a major crisis with unpredictable consequences. Simply putting in more troops is not the solution to the problem. Staying the course is obviously unsatisfactory because right now there is mounting evidence that the situation is deteriorating.

As Jimmy Carter's Security Advisor in 1979, you orchestrated the arming of the mujahedeen against Afghanistan's left-wing government, eventually drawing the Soviet Army into what you later referred to as the "Afghan trap." Has the West now fallen into that trap? 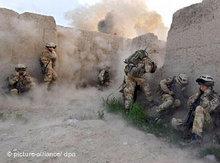 ​​Brzezinski: The West should not repeat the mistakes that the Soviets made. The Soviets invaded Afghanistan on the illusion that a bunch of Marxist Afghan intellectuals could help them create a communist satellite using a foreign army to impose its will. When the US reacted to the outrageous terrorist attacks of September 11, which originated from Afghanistan, it required only 300 American soldiers to overthrow the Taliban. The reason for that was that the Afghans were genuinely grateful for the American support and the support of other countries.

We are now running the risk of unintentionally duplicating what the Soviets were doing: Instead of capitalizing on that goodwill and leaving fairly soon thereafter while giving a lot of economic assistance to the Afghans, we are trying to create a modern state – and a democratic version thereof – through a large foreign military presence. I do not think that is a wise strategy.

What you are suggesting seems to be exactly what the Soviet Union did: Before it withdrew its troops, it tried to transfer the burden of fighting to the Afghan forces – and failed. Why should NATO succeed, given that it has much fewer Afghan soldiers to rely on than the Soviets had? 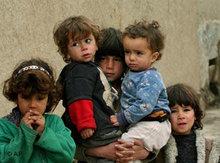 ​​Brzezinski: The Soviets did that after devastating the Afghan society and creating massive ill will. One should not underestimate the enormous damage and incredible suffering that the Soviets imposed in the Afghan society by a ruthless military campaign, which drove millions of Afghans out of the country and killed hundreds of thousands of them. We have not done that yet. But I think the risk is that the longer we rely on a military solution, the more likely it is that the resistance to us will become stronger and stronger. I don't think that it is in any way comparable to the resistance against the Soviet occupation yet.

How can the West avoid getting there?

Brzezinski: We cannot try to create a modern, centralized, democratic state in Afghanistan from the top down using essentially foreign troops to impose such a solution. This collides with the sense of ethnic identity and religious sensitivity in a country that is very resistant to foreign intrusions. We need an altogether different approach. Some additional troops in the short run may be necessary, but the main emphasis has to be on decentralized political accommodation with the different elements which are collectively described as the Taliban but in fact representing a much more diversified group.

In their nearly completed National Intelligence Estimate, US intelligence agencies report a "breakdown in central authority" and "rampant corruption within the Karzai government." The British ambassador to Afghanistan is said to have called for an "acceptable dictator..."

Brzezinski: How do you create a dictator out of nothing? The problem in Afghanistan is that it is not possible to rule it from Kabul effectively, and I do not see how we create a dictator in a deus ex machina fashion. A dictator has to have either extensive social appeal or ruthless instruments of power – or preferably both. I don't see that in Afghanistan unless it emerges by itself at some point.

How should the West deal with the drug trade that provides the Taliban with funds? 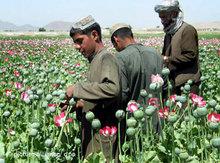 Cracking down on the drug trade will not undercut the Taliban, Brzezinski said

​​ Brzezinski: Simply trying to wipe out the poppies and deprive the farmers of income will not undercut the Taliban, it will strengthen them. The Europeans should pay the Afghan farmers as much as it takes to abandon drug crops. The Europeans should do that because most of these drugs go to Europe. The drug problem in Afghanistan is simultaneously a source of income for the Taliban and a serious threat to Europe. In this respect, the European responsibility for dealing with it is self-evident.

There have been repeated US attacks on Pakistani territory. Do you think this could further destabilize the nuclear power Pakistan?

Brzezinski: US attacks on Pakistani territory should be done only under very exceptional circumstances: When there is truly reliable intelligence that very senior operatives of al Qaeda are potential targets and there is no indication that the Pakistani authorities are going to do anything about it. In those circumstances, such a reaction is justifiable since al Qaeda attacked the United States. But I think sporadic attacks against some Taliban activities emanating from Pakistan are likely to have the effect of simply widening the hostilities, and, in effect, transforming the problems we face in Afghanistan into a problem that spans both Afghanistan and Pakistan, thereby vastly complicating the challenge that we face – while at the same time probably further destabilizing Pakistan.

You support Barack Obama. Much like John McCain, he has called for a significant increase in US troops in Afghanistan...

Brzezinski: The call for some additional troops may be justified here or there. But additional troops are not the solution in the long run. I think Obama has a much better understanding of the problems of the 21st century than McCain and the problems we face in Afghanistan are not the only problems the 21st century is putting before us. The American definition of its role in this world has to creatively adapt to the new global complexities. I don't see much evidence that McCain understands that need. Obama is much more qualified.

Zbigniew Brzezinski, the son of a diplomat, was born in Warsaw on March 28, 1928. In the 1950s, he was considered one of the leading Western experts on the Soviet Union. In 1960, Brzezinski advised John F. Kennedy on Eastern Europe during his successful candidacy for the US presidency. Known for his hawkish foreign policy, Brzezinski served as National Security Adviser to US President Jimmy Carter from 1977 to 1981. Today, Brzezinski is a scholar at the Center for Strategic and International Studies in Washington and advises US Democratic presidential candidate Barack Obama.

A Journey to the Afghan Province of Nuristan
Hope and Skepticism in the Valley of Light
People in the West generally perceive eastern Afghanistan as a war zone. True, the terrain is hotly contested, both politically and militarily. But we hear very little about the progress made in these remote regions. Martin Gerner reports from the area.

US Support for Militant Groups in Iran
Washington's Dubious Allies
The USA is funding underground activities in Iran with a view to toppling the regime in Teheran. In doing so, it is supporting groups that Washington would normally classify as Islamist and terrorist. Peter Philipp reports

Fighting the Taliban
History and Realpolitik
In Western eyes, it makes sense for Pakistan and India to cooperate with Afghanistan in crushing the Taliban. However, the military in Pakistan views an alliance between its two neighbours as the gravest threat Pakistan faces today. Irfan Husain takes a look at the history of the conflict

END_OF_DOCUMENT_TOKEN_TO_BE_REPLACED
Social media
and networks
Subscribe to our
newsletter