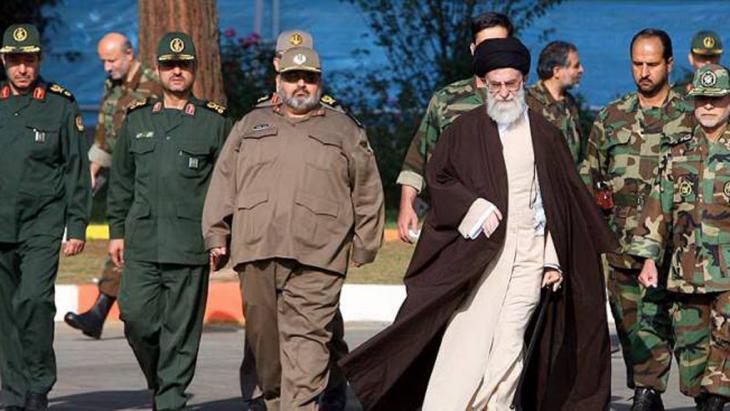 Iran and the Revolutionary Guard
Pulling the economy's strings

They may dress in clerical garb or call themselves the "Seal of the Prophet", but their focus is on a different kind of profit. Religious foundations and the Revolutionary Guard are running Iran's business. Thomas Kohlmann reports

Every traveller that lands in Tehran becomes a customer of Iran's Revolutionary Guard. That's because the elite troops of the Islamic republic operate the Imam Khomeini International Airport, making extremely lucrative business through entry and landing fees alone.

With control of the country's other air and seaports, the Revolutionary Guard – also known the "Sepah Pasdaran" – monopolises Iran's borders. They pay neither tolls nor taxes. They choose which goods to allow into the country. And they aren't questioned as to how many of these goods end up on the black market – or how much they have pocketed from them.

The ″Army of the Guardians of the Islamic Revolution″, ...

... to give it its official title, possesses land, sea and air forces, controls Iran's strategic weapons arsenal and numbers more than an estimated 120,000 troops. It also runs a gigantic commercial enterprise. It operates eye clinics. It builds dams, vehicles, motorways, train tracks and even underground urban transport systems. It is closely intertwined with the country's oil and gas business. It has its hand in mining.

Its activities are hard to fully grasp and are therefore not often reported on by media outlets in the West. The BBC offered a rare look in 2009, covering the Revolutionary Guards' $8 billion (7.2 billion euro) deal to connect Iran's southeastern port Chabahar to the country's rail network. Less than 100 kilometres (62 miles) separate the deep-sea port on the Gulf of Oman from Iran's border with Pakistan. Resource-rich Afghanistan is only a day's trip away. 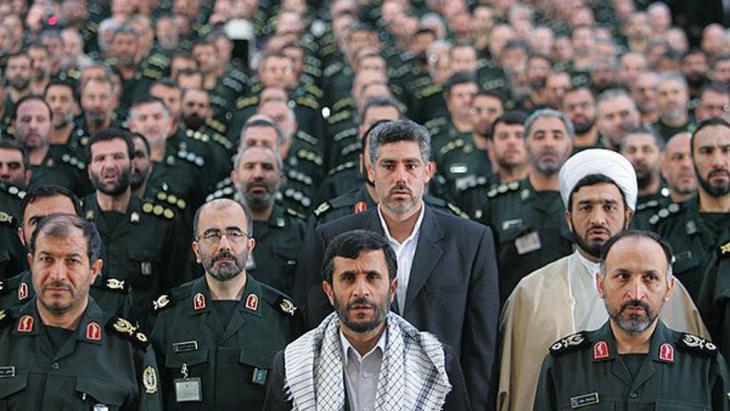 Spotlight on Ahmadinejad: established at the end of the 1980s as the country sought to rebuild itself in the wake of its long war with Iraq, the Pasdaran carved out massive economic influence during the presidency of Mahmoud Ahmadinejad – one of their own

In charge of this strategic infrastructure project – as well as many other billion-dollar investments – was Khatam-al-Anbia, which translates as "the Seal of the Prophet". Its aims are far from charitable, however – in fact, it's the Revolutionary Guard's engineering holding firm. Established at the end of the 1980s as the country sought to rebuild itself in the wake of its long war with Iraq, the firm carved out massive economic influence during the presidency of Mahmoud Ahmadinejad.

By now, the Pasdaran is believed to control up to a third of the national economy, an estimate that Iran expert Bahman Nirumand sees as realistic. "There are of course no precise statistics or data on this, but that is a prevalent estimate, that a third – maybe even more – of the Iranian economy is in the hands of the Revolutionary Guard," he told DW. According to World Bank figures, Iran's economic output in 2014 amounted to more than $425 billion. This would put the Pasdaran's dealings at a volume of around $140 billion.

But the strings of Iran's economy are not pulled only by the military. Religious foundations led directly by the country's highest Shia clerics wield even far more influence. Germany's Federal Foreign Office estimates that such companies command altogether up to 80 percent of Iran's economy. 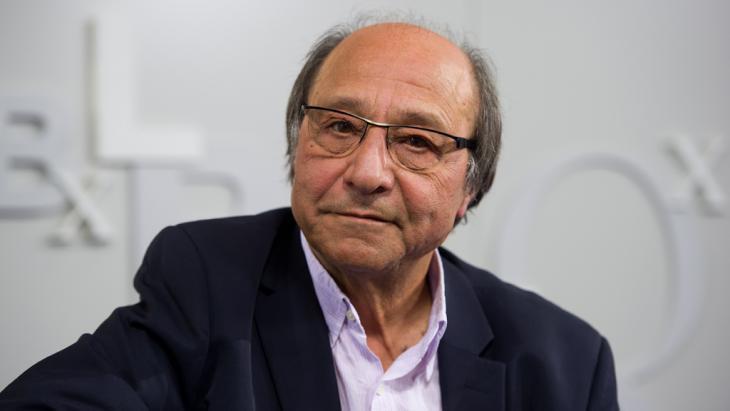 Pulling the strings: these days, the Pasdaran is believed to control up to a third of the national economy, an estimate that publicist and Iran expert Bahman Nirumand sees as realistic. The World Bank puts Iran′s GDP for 2014 at more than 425 billion US dollars – meaning Pasdaran businesses generated approximately 140 billion US dollars

Nobody knows the full extent of their business dealings. They are not required to disclose their earnings and have never been held publically accountable. Many Iranians asked where billions of dollars disappeared to while Ahmadinejad was in power. But they received no answer. Bahman Nirumand recalled that corruption existed under the former rule of Iran's shah as well, "back then, in comparison to those wielding power today, they were petty thieves."

"Setad" – otherwise known as the "Executive Headquarters of Imam's Directive" – is one such religious foundation, now worth over $90 billion. According to a Reuters investigation, Setad was created shortly before the death of Ayatollah Ruhollah Khomeini, the first Supreme Leader of the Islamic Republic of Iran. He originally used it as a kind of clearing house for the former property of emigrated or dispossessed loyalists of the ousted Shah, redirecting it to the poor and needy. Since then, Setad has been rebuilt as one of Iran's most influential companies, while remaining directly under the Supreme Leader.

Who profits from the lifting of sanctions?

According to Reuters, the scope of the Setad empire – controlled by Ayatollah Ali Khamenei since 1989 – extends from the finance, oil and telecommunication sectors through to birth-control production and ostrich farming. Many Setad subsidiaries appeared on the most recent list of US sanctions, in an attempt to strike directly at the economic interests of the Iranian leadership. In the words of the US Treasury, Setad is not a harmless foundation, but a "major network of front companies" that is "controlled by Iran's leadership" to "generate and control massive, off-the-books investment, shielded from the view of the Iranian people and international regulators."

The lifting of sanctions by the West will therefore benefit these billion-dollar companies most. Expert Bahman Nirumand is however hopeful that the rest of Iran's coffers won't run completely dry: "The average person will also get something out of it, because trade is likely to build up more momentum. And that way the traders and the bazaaris and all those who offer services in Iran will profit from the end of the sanctions."

Journalists are under fire from all factions in the Yemen conflict. Rasha Abdullah al-Harazi, nine months pregnant, recently died in a car bomb attack in Aden, her husband barely ... END_OF_DOCUMENT_TOKEN_TO_BE_REPLACED

With authoritarianism once more gaining ground in the Middle East and North Africa, the European Council on Foreign Relations explores how European diplomats can be more effective ... END_OF_DOCUMENT_TOKEN_TO_BE_REPLACED

Right up until his death, Allameh Tabatabai dedicated himself to the revival of Shia Islam’s intellectual traditions. But few in the West have even heard of this exceptional ... END_OF_DOCUMENT_TOKEN_TO_BE_REPLACED

It is getting hotter and hotter in Iraq. Fifty degrees or more is no longer a rarity. The state between the Euphrates and Tigris rivers is now one of the hottest countries on ... END_OF_DOCUMENT_TOKEN_TO_BE_REPLACED

The Taliban’s victory over the United States in Afghanistan will not only greatly embolden their fellow jihadists, but also shake up the region’s geopolitics. An Afghanistan- ... END_OF_DOCUMENT_TOKEN_TO_BE_REPLACED
Author:
Thomas Kohlmann
Date:
Mail:
Send via mail

END_OF_DOCUMENT_TOKEN_TO_BE_REPLACED
Social media
and networks
Subscribe to our
newsletter