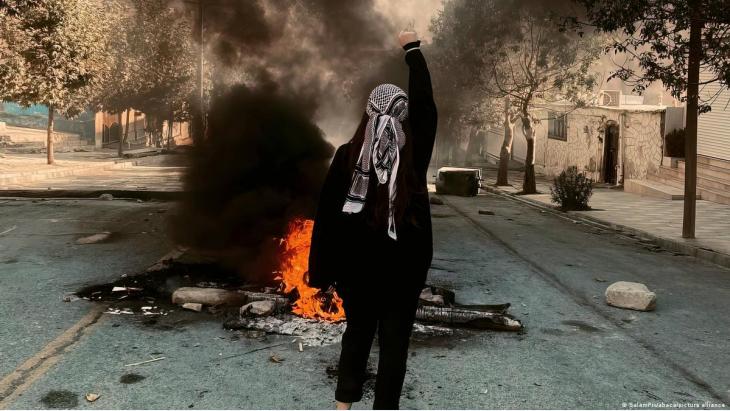 The Islamic Republic has been unable to quell the civil unrest that erupted three months ago, after Mahsa Amini died after being detained for violating hijab rules. Now the protesters have broadened their demands. Commentary by Djavad Salehi-Isfahani

The massive public protests that have raged across Iran since 22 year-old Mahsa Amini died in the custody of the morality police in September reached the World Cup. Ahead of its 6-2 loss to England last month, the Iranian team refused to sing the Islamic Republic’s national anthem, with some activists in attendance waving protest signs and booing the team for not quitting the tournament altogether in a show of solidarity toward the hundreds of young Iranians killed during the past ten weeks.

Football is Iran’s favourite sport by far. So, for Iranians to turn against their national team, especially one that had topped the Asian qualifiers, speaks to the deep wound that the protests have etched on the country’s psyche.

As the movement has grown and protests spread from Tehran to the provinces, protesters have broadened their demands. Their call for an end to harassment by the morality police soon hardened into chants of “death to the dictator”, referring to 83 year-old Supreme Leader Ayatollah Ali Khamenei.

Losing the support of the people

To be sure, this crisis does not appear to threaten the regime’s survival. The protesters lack the means to overthrow the government, while the leadership is unlikely to splinter. Fortunately for the regime, its external enemies are helping it keep its different factions united. 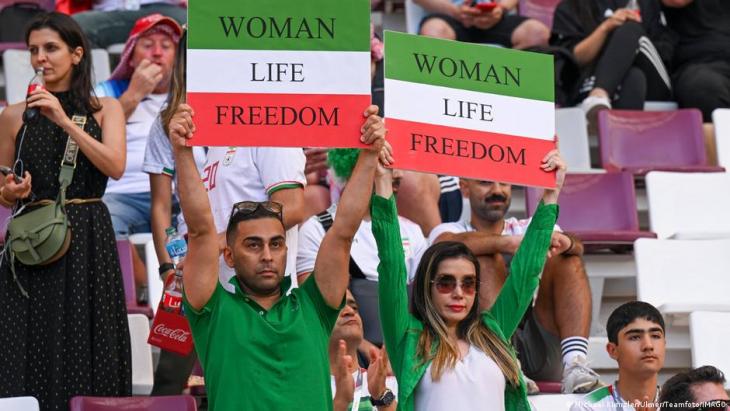 At the Qatar World Cup, activists in the stands waved protest signs and booed the team for not quitting the tournament altogether in a show of solidarity toward the hundreds of young Iranians killed during the past ten weeks. Football is Iran’s favourite sport by far. So, for Iranians to turn against their national team, especially one that had topped the Asian qualifiers, speaks to the deep wound that the protests have etched on the country’s psyche

Saudi Arabia’s Crown Prince Mohammed bin Salman and Israel’s former and likely future prime minister, Benjamin Netanyahu, both supporters of the protests, are probably the two most reviled figures in Iran. And the United States has a poor record of fostering regime change in Afghanistan, Iraq, Libya and Syria, leaving behind failed or deeply destabilised states.

But the Islamic Republic’s harsh crackdown on protesters has severed the government’s ties not only to its young people, but to several generations of Iranians. Today’s generation of parents had been largely loyal to the revolution; in their own youth, middle-aged Iranians sought to reform the system from within rather than overthrow it. They elected politicians who promised not just material benefits but also greater tolerance toward different lifestyles.

Over the past two decades, Iranian reformists have tried with limited success to make the Islamic Republic more tolerant. Former President Mohammad Khatami, elected in 1997, pushed for “dialogue among civilizations”, until he stepped down in 2005. President Hassan Rouhani, who served from 2013 until 2021, promised more moderate social policies, as well as repairing relations with the West and bringing an end to economic sanctions.

It’s disinformation that Islamic Republic of Iran has abolished it’s morality police. It’s a tactic to stop the uprising.
Protesters are not facing guns and bullets to abolish morality police or forced hijab.They want to end Islamic regime.#MahsaAmini
pic.twitter.com/qRcY0Kaepc pic.twitter.com/6ShBqnSbMn

Even former President Mahmoud Ahmadinejad, elected as a hardliner in 2005, later turned against his conservative benefactors and adopted his own style of reformism.

In 2021, frustrated hardliners engineered the election of a deeply conservative cleric, current President Ebrahim Raisi, whose task would be to demonstrate to the public what true Islamic revolutionaries could deliver. A uniformly traditionalist government, the hardliners hoped, would deliver economic prosperity at home and cement Iran’s position as a regional power, turning Iranians away from reform and rapprochement with the West.

Some even blamed the ineffectual 2015 nuclear deal for the country’s economic ills. Raisi, who won the presidency with only 18 million votes (out of an electorate of 59 million), lacks the mandate and the experience to deliver on his promises to reach a deal with the West, tame inflation and stop the currency from depreciating.

It follows, then, that Iranian conservatives were unprepared when the protests erupted. Tensions between young women and the authorities over forced hijab wearing have been bubbling for years, but conservatives paid little attention. 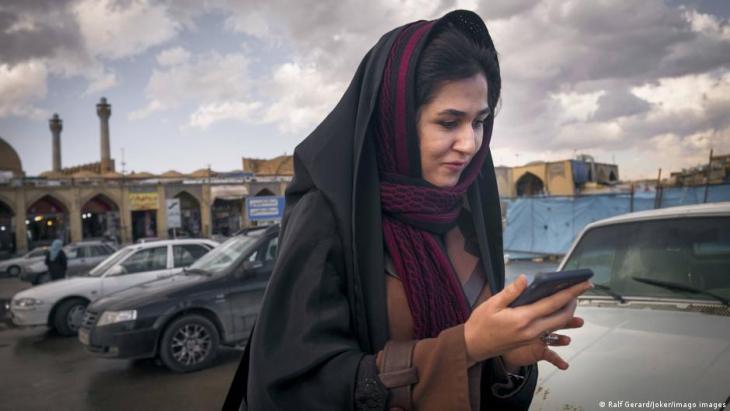 Oblivious to changes in society: what the regime has missed is that Iranian society not the same as it was 1983, when most women observed the hijab law willingly. Many women lived very different lives back then; they experienced 6-8 pregnancies on average, did not seek work outside the home and were not as highly educated. Iranian women these days are more likely to have a university degrees than their male counterparts and many are in employment. The fact that the regime was going directly against the zeitgeist with its compulsory headscarf ruling, and that the dress code had already sparked protracted anti-hijab protests in Iran’s more affluent urban neighbourhoods, failed to trigger alarm bells

In fact, hardliners had been pushing for increased surveillance of women in public spaces since 2019, before Raisi’s election. Many thought it was time to reverse the lax enforcement of the 1983 hijab law that criminalised female attire deemed “un-Islamic”.

That doing so was inconsistent with the changing times, and that the dress code had already sparked protracted anti-hijab protests in Iran’s more affluent urban neighbourhoods, did not seem to trigger alarm bells.

What the regime missed is that Iranian society has changed since 1983, when most women observed the hijab law willingly. Many women lived very different lives back then; they experienced 6-8 pregnancies on average, did not seek work outside the home and were not as highly educated.

Today, however, women in Iran marry in their mid-to-late twenties and have two children on average. Thirty-eight percent of Iranian women in their twenties have at least some higher education, compared to 33% of men in their age cohort. To them, the mere thought that they could be arrested and dragged to a re-education camp by the morality police is intolerable. 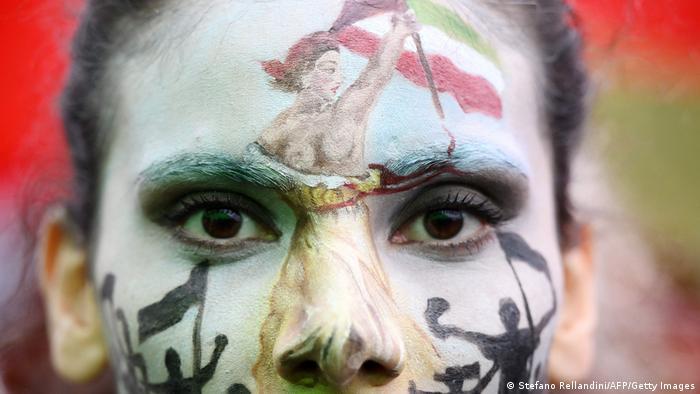 Paris: many people around the world are showing solidarity with the protesters in Iran. In the centre of the French capital Paris, demonstrators marched from the Place de la République to the Place de la Nation on Sunday, chanting "Death to the Islamic Republic" and "Death to the dictator" 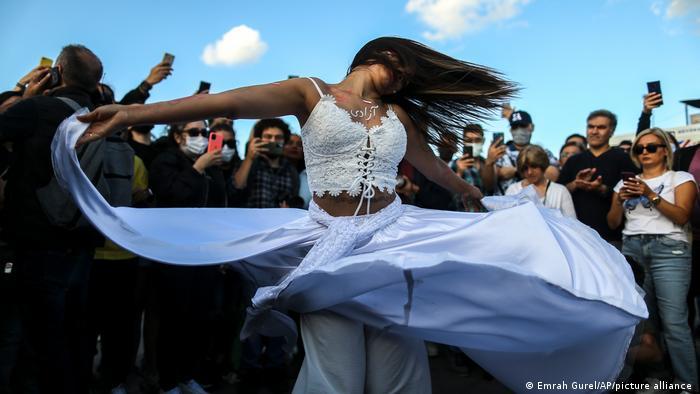 Istanbul, Diyarbakir and Izmir: in the Turkish metropolis of Istanbul, many Iranian women were among the hundreds of protesters who also chanted slogans against the Iranian government. Many demonstrators chanted the slogan: "Women, Life, Freedom". In Diyarbakir in south-eastern Turkey, with a large Kurdish population, as well as in Izmir on the west coast, women in particular also expressed their solidarity 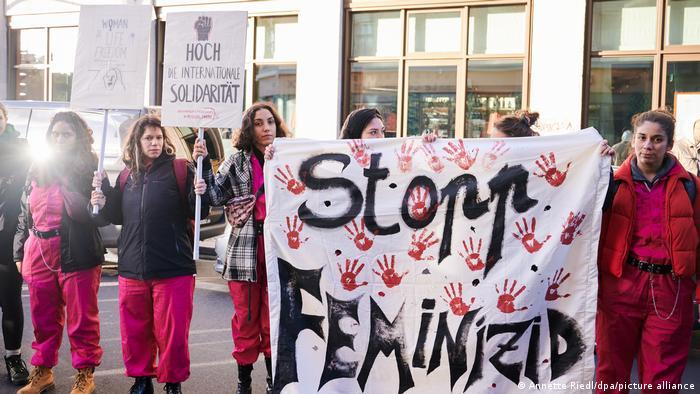 Berlin: some 5000 people protested in Berlin against the Iranian leadership. They demanded international solidarity and an end to the femicides. A spokesperson for the Iranian diaspora in Germany called for an end to the bloodshed and democratic reforms in the country 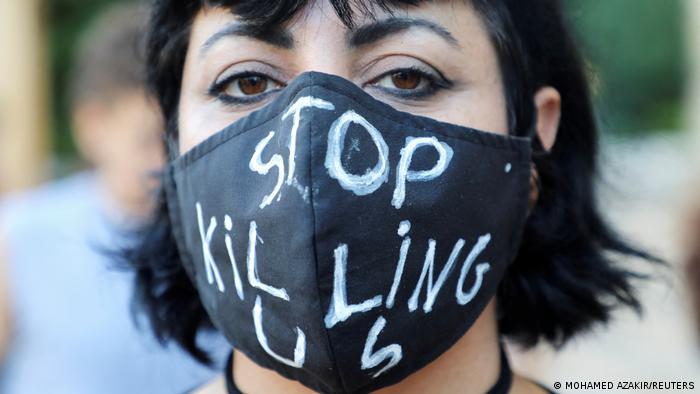 Beirut: many in the Middle East are showing solidarity with the protest movement in Iran. In the Lebanese capital Beirut, women met in front of the National Museum and demanded an end to violence against women 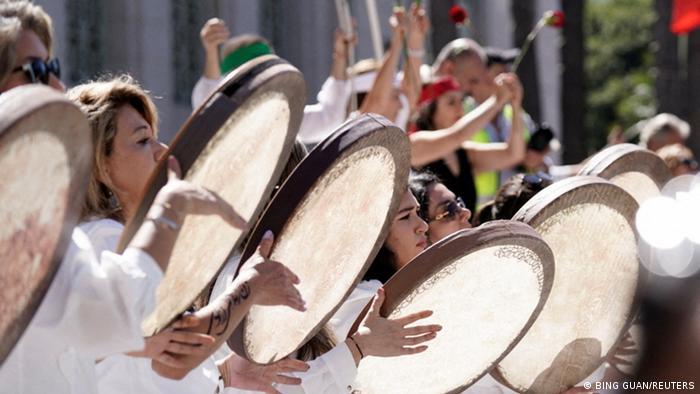 Los Angeles: people also gathered in the USA, as here in front of City Hall in the Californian city of Los Angeles, to show their solidarity with the women in Iran. A group of musicians drummed on the daf, a kind of tambourine. There were also demonstrations in London, Tokyo and Madrid last weekend 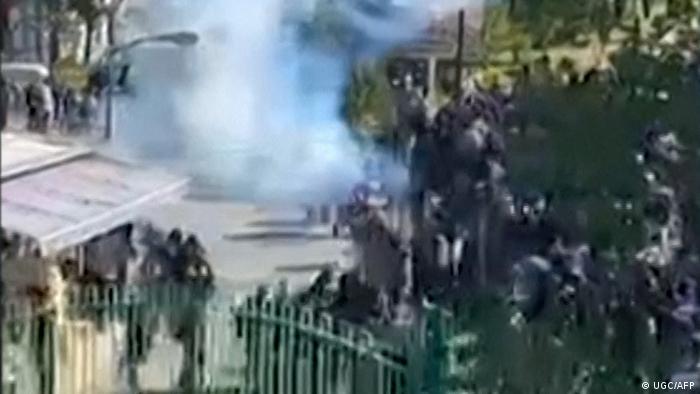 Sharif University, Tehran: since the beginning of the nationwide protests in Iran, students at numerous universities have also been demonstrating against the leadership of the Islamic republic and its repressive course. Now security forces in Tehran have used violence against students and professors at Sharif University. The videos and images are circulating widely on the Internet

To his credit, President Ebrahim Raisi, who promised to create a million jobs and a million new homes every year during his four-year term, has mainly focused on realising his ambitious economic goals.

But during his first year in office, the economy added only 374,000 jobs. We do not have data on how many new homes were built during this time, but it seems safe to assume that it was far fewer than a million.

A decade of economic failures has stoked even more anger among Iran’s youth. Young Iranians graduating from college wait more than 2.5 years on average before landing their first job. In 2021, almost half of college-educated women in their twenties and a quarter of their male peers were unemployed. Most Iranians in their late twenties still live with their parents, financially unable to start a family of their own.

In trying to quell popular unrest, the authorities will likely find it was much easier to abolish the hated morality police than it will be to bring about robust economic growth. Given Iran’s support for Russia’s war in Ukraine, reviving the nuclear deal seems all but impossible, as does the prospect of Iran rejoining the global economy anytime soon.

Djavad Salehi-Isfahani, professor of economics at Virginia Tech, is a research fellow at the Economic Research Forum in Cairo and an associate of the Middle East Initiative at the Harvard Kennedy School Belfer Center.

How feminist are the protests in Iran? The struggle for self-determination

Political Islam and violence: A question of power

Iran protests: "Change that goes beyond the moment"

Since returning to power in Afghanistan, the Taliban have steadily eroded the rights and opportunities of women and girls, particularly their access to education. But Afghans are ... END_OF_DOCUMENT_TOKEN_TO_BE_REPLACED

Since seizing power in mid-2021, the Taliban have continued to restrict the rights of Afghan women and girls. At the end of 2022, they banned women from attending higher education ... END_OF_DOCUMENT_TOKEN_TO_BE_REPLACED

German imams have publicly expressed their solidarity with the women of Afghanistan. In a letter of protest, the clerics say that the Taliban regime's decree barring women from ... END_OF_DOCUMENT_TOKEN_TO_BE_REPLACED

At the end of every year, the team at Qantara.de gives you a run-down of the ten most-read articles on the site over the past 12 months. Here is a quick overview of the stories ... END_OF_DOCUMENT_TOKEN_TO_BE_REPLACED

The "Weiter Schreiben" (Keep Writing) project promotes literature from war-torn and crisis-stricken regions and has, most recently, shone its spotlight on Afghanistan. Afghan ... END_OF_DOCUMENT_TOKEN_TO_BE_REPLACED

Education for girls and women is still possible in Afghanistan, says Reinhard Eroes of the Kinderhilfe Afghanistan initiative. In interview with Elisa Rheinheimer, he talks about ... END_OF_DOCUMENT_TOKEN_TO_BE_REPLACED
Author:
Djavad Salehi-Isfahani
Date:
Mail:
Send via mail

END_OF_DOCUMENT_TOKEN_TO_BE_REPLACED
Social media
and networks
Subscribe to our
newsletter