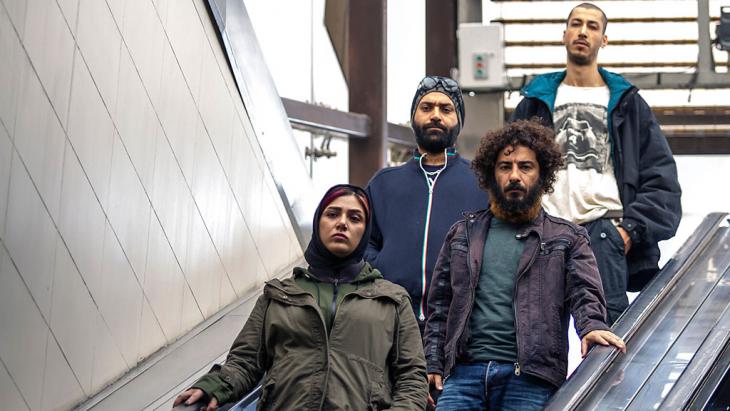 A society in close-up

Iranian film director Reze Dormishian's third film is a powerfully articulated indictment of some of his country's more dubious and controversial practices, such as the execution of children and adolescents, horrific acid attacks and retributive justice. By Rene Wildangel

Challenging films have been a feature of the Iranian contribution to the Berlinale for many years. In 2015, following the agreement on Iran's nuclear programme, the festival's director Dieter Kosslick travelled to Iran with German Foreign Minister Frank-Walter Steinmeier. It was during that visit that he met Jafar Panahi, a film-maker who still remains under house arrest in the country. In 2011, Panahi was appointed to the Berlinale jury; in 2015 his film "Taxi" was awarded the prestigious Golden Bear. On neither occasion, however, was he permitted to leave Iran.

Reza Dormishian may come to Berlin. The 34-year-old director's third film (after "Hatred" and "I'm Not Angry") begins at the frenetic pace of a music video as the protagonists' stories are related from various points of view through a sequence of fast-cut fictitious interview clips. Only gradually do the threads of the "Lantouri" gang's story and of their brazen robberies perpetrated against Tehran's social elite on the city streets, come together.

We are introduced to Pasha (an intense and vivid portrayal by Navid Mohammadzadeh) – a young man with an unkempt beard – and former prostitute Baroon, both of whom help out at an orphanage. They are said to have been affected by the injustice experienced there – by the contrast between the lives of the poverty-stricken orphans and the enormous wealth of Tehran's wealthy upper classes. Any nascent hint of a Robin Hood story is soon dispersed, however, when it becomes clear that they and other members of the gang have been keeping all the money they steal. Then comes the fateful day when Pasha decides to steal Maryam's purse.

Maryam is a well-known human rights lawyer committed to the struggle against an Iranian state that still permits the execution of children and adolescents and a retaliatory eye-for-an-eye system of justice. We witness her passionate opposition to this practice as she fervently tries to persuade the mother of a murdered girl not to have the alleged murderer, Sohrab, a minor, executed.

In the clutches of Pasha

The film thus tackles a controversial and much debated issue in Iran. A massive campaign to end the practice of sentencing children and adolescents to death began in 2007 when 350,000 people signed a petition against the execution of Nazanin Fatehi, winning her release from custody. But Maryam encounters a lot of opposition among the victims' families.

Following his theft of Maryam's diaries and notes, Pasha comes across her telephone number and decides to call her. After meeting Maryam and returning her purse, he becomes obsessed by her. Initially curious, she gets closer to him, but soon becomes angered by his excessive paranoia. Pasha, however, now with "Maryam" tattooed on his upper arm, cannot accept that she is seeing another man. When he asks her to meet him one last time in a park to talk things over, she agrees. But, rejected once more, his reaction is sudden and shocking: he throws acid in her face.

Maryam is horribly disfigured by the attack and the "Lantouri" gang ends up in prison. The camera work spares us none of the mercilessly graphic close-ups of the after-effects of the attack and its appalling consequences for the victim. Maryam must now decide whether she, as someone who has campaigned for years against Iran's eye-for-an-eye retaliation culture, is now ready to revenge her disfigurement by literally taking Pasha's eyes?

In Iran the so-called lex talionis, or law of retribution, provides the legal means, for such an action. Now it is Maryam, consumed by hatred, who demands revenge. Only at the very last moment does she relent and decide to spare Pasha. The story related here is based on actual events that took place in 2011.

Against acid attacks and retributive justice

This is a film that powerfully raises a condemnatory voice against some of Iran's more contentious and long debated practices, such as the execution of adolescents and children, repellent acid attacks and the system of retributive justice. 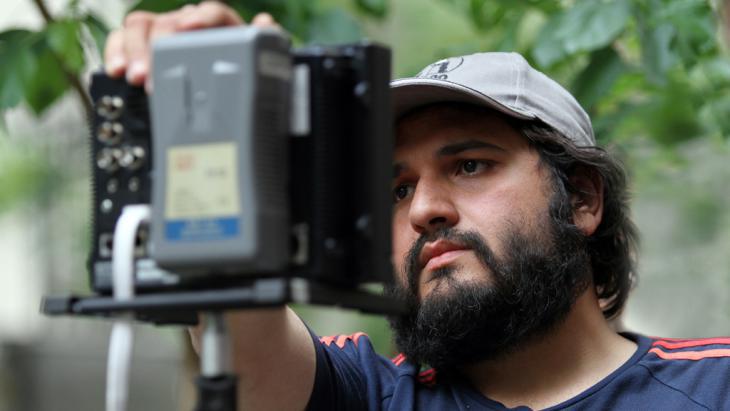 Iranian film-maker Reza Dormishian at work on his third film "Lantouri", Iran′s contribution to this year′s Panorama series at the Berlinale. Based on a true story, the film is about an acid attack on a young girl – and the right, according to Islamic law, of the injured party to demand direct retribution

In a series of fictitious interviews with a rather stereotypical cross-section of Iranian society – from the anti-capitalist intellectual, via the plainly dressed revolutionary with a three-day stubble, to the learned Shia cleric – we are given a variety of moral perspectives on "Lantouri" and on Pasha's act. What is guilt? And what is justice and how can guilt be atoned for? Who is correct in their analysis of the social ills and is there not a whiff of self-righteousness detectable about all those who claim to represent "truth"? Ultimately Dormishian overloads the film a little with the burden of the weighty issues it addresses.

In "Lantouri", Dormishian opts fora different approach to Panahi and the other filmmakers, who for years have made use of a symbolic film language to more or less openly criticise power relations in Iran.

It is a method that allows the film language to be much more open and direct, but also one that fails to criticise underlying structures. New areas of artistic freedom are gained, however, from what one commentator in the German newspaper Die Zeit referred to as an "open game of hide-and-seek".

It is perhaps something that will allow the 34-year-old director, whose last film was banned in Iran, the opportunity to show "Lantouri" in his home country, without it having to be part of a festival. That would give Iranian film the opportunity to have an impact in an environment where it is most urgently needed – in Iran itself.

The country's mood was already weighed down by economic and social problems and military crises before the pandemic reached Iran. The regime's crisis management has done little to ... END_OF_DOCUMENT_TOKEN_TO_BE_REPLACED

Mohammad Reza Shajarian, the great singer of Persian music, has died at the age of 80. With his passing, the world has lost an outstanding talent and consummate artist. By Stefan ... END_OF_DOCUMENT_TOKEN_TO_BE_REPLACED

The Iran-Iraq War was one of the deadliest military conflicts ever seen in the Middle East. The eight-year-long conflict, which saw the use of chemical weapons, killed thousands ... END_OF_DOCUMENT_TOKEN_TO_BE_REPLACED

A new book offers a deep insight into Iran's state media apparatus. It gives a first-hand account of the debates around the how the system positions itself – and shows how a new ... END_OF_DOCUMENT_TOKEN_TO_BE_REPLACED

The execution of wrestler Navid Afkari triggered an international outcry, as well as protests against the Iranian justice system. At the same time, it has highlighted the ... END_OF_DOCUMENT_TOKEN_TO_BE_REPLACED

Iranian director Manijeh Hekmat expected the production of her latest movie to go ahead as planned – but then she found herself having to improvise. The resulting film is more ... END_OF_DOCUMENT_TOKEN_TO_BE_REPLACED
Author:
René Wildangel
Date:
Mail:
Send via mail

END_OF_DOCUMENT_TOKEN_TO_BE_REPLACED
Social media
and networks
Subscribe to our
newsletter