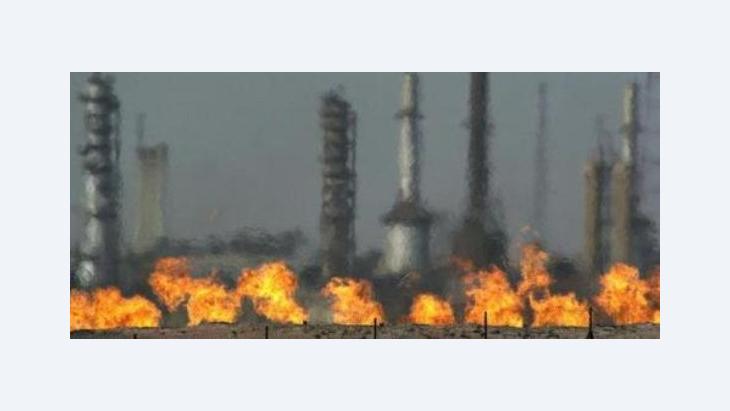 Iraq on the Eve of American Withdrawal
Discord in Kirkuk

What began in 2003 as "Operation Iraqi Freedom" seems to be ending in Kirkuk in an operation to restore security. Eight years after American troops invaded, the city has become the centre of a divisive internal struggle for control. A report by Rigien Bagekany

Eight years after the end of the Iraq war, hijackings and violence remain everyday occurrences in the country. The withdrawal of American troops from Iraq is planned for December of this year, but as recently as July, Iraqi President Jalal Talabani confirmed that the Iraqi army was nowhere near being ready to take up even the task of maintaining security in the country. An offer to extend the stay of the US forces was made by the Obama administration to the Iraqi government several months ago.

Iraqi Prime Minister Nouri al-Maliki hesitated to call on parliament for support at the time, not least among his considerations being the strong resistance to the American military presence voiced by some of his coalition partners. Among their number are several loyal to Moqtada al-Sadr, leader of the former Mahdi militia, conspicuous for their armed resistance to American troops back in 2004. 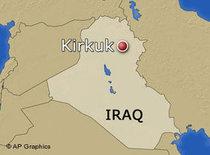 "It is a lack of trust and cooperation between the population groups in Kirkuk that is to blame for the precarious security situation," says Iraqi political analyst Rebin Rasul of the city of Kirkuk

Eventually, at the beginning of August, and following intense pressure from the Americans, the leaders of the main Iraqi political parties finally allowed Prime Minister al-Maliki to begin negotiations on a possible extension of the American military presence in the country.

For the city of Kirkuk in particular, the American withdrawal could have serious consequences. With a population of 850,000 Arabs, Kurds, Turkmen, Armenians and Assyrians, it presides over some of the richest oil reserves in northern Iraq. The Americans here play a supporting role, helping local security forces to protect their city. All too often, however, they end up in the role of mediators when conflicts threaten to erupt among the city's various ethnic groups.

Kirkuk is situated within the so-called "disputed territories", site of a simmering conflict between the Iraqi government and the autonomous region of Kurdistan since the fall of Saddam Hussein. The bone of contention is a disputed border area running through the Kirkuk, Ninawa and Diyala provinces. Although the autonomous region of Kurdistan in northern Iraq was spared the wave of violence that followed 2003 and has indeed prospered due to an economic boom, the security situation in these disputed territories is precarious.

Kirkuk has also been the scene of frequent bombings by various militant groups, making it one of Iraq's most dangerous cities. "Many terrorist groups operate here. They include former supporters of the Baath Party, for example, but also groups such as the Sunni Islamist Ansar al-Islam organisation or the Islamist Ansar al-Din group," says Jamal Tahir Bakir, chief of police in Kirkuk. Bakir himself narrowly escaped an assassination attempt in May.

During Saddam Hussein's rule, Kirkuk became subject to his Arabisation programme, a policy that saw more than 100,000 Kurds, Turkmen and Christians driven out into more southerly regions of the country. The Baathist regime actively moved Arab families into Kirkuk at that time with the aim of reducing the influence of the other population groups.

After the fall of Saddam Hussein, Article 140 of the new Iraqi constitution was drawn up to provide a solution to the problem of the disputed territories. In accordance with this article, a road map was to be created to provide for the return of those who had been expelled and the subsequent organisation of a referendum to decide whether Kirkuk should have a Kurdish or an Iraqi administration. The referendum, originally planned for November 2007, has repeatedly been postponed. 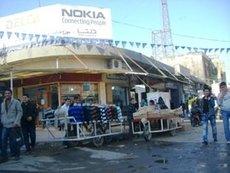 But it is not just the different ethnic groups in the city who are at odds with each other; Arabs from Baghdad, Kurds from the autonomous region of Kurdistan and Turkmen from Turkey are all defending their interests in Kirkuk

​​Kirkuk remains at the mercy of various external parties involved in the conflict: Arabs from Baghdad, Kurds from the autonomous region of Kurdistan and Turkmen from Turkey among them. Baghdad's worries about losing Kirkuk to the Kurds are really a fear of losing important oil reserves and strengthening Kurdish autonomy.

For Turkey, such a scenario would represent a threat to the Turkmen minority and a further step in the direction of an independent Kurdish state in northern Iraq.

The Kurds, meanwhile, justify their claim to Kirkuk by pointing to the historically attestable Kurdish identity of the city as well as to the need to defend the interests of its Kurdish majority. There is no doubt, however, that control of the oil reserves is also a major factor for the Kurds.

The conflict of interests has been nothing short of a disaster for the ordinary people of Kirkuk. Though there are many who view the US soldiers as an unwelcome occupying force, there is also a strong degree of consensus that their presence is crucial to the security of the city. "Almost all of my friends and relatives, whatever their ethnic background, are in favour of the Americans staying on for the time being," says Nwiner Fatih, a journalist from Kirkuk. "As long as there is disagreement among the ethnic groups, and while the security situation remains so uncertain, they just have to stay on."

According to Iraqi political analyst Rebin Rasul, it is a lack of trust and cooperation between the population groups in Kirkuk that is to blame for the precarious security situation. "Arabs, Kurds and Turkmen are all suspicious of one another and of the amount of influence each has, but they lose sight of the fact that it is the security of the city that is at stake in this situation," he says.

Their neutral mediating role in the multi-ethnic city has seen the Americans gaining the trust of all sides and representatives of both Kurds and Turkmen in Kirkuk have spoken in favour of extending the period of American military presence. Both groups are afraid of a possible return of the Arabisation policy, Rasul explains: "They believe that American withdrawal could lead to an increase in power for the Arab-dominated central government and a possible marginalisation of Kurdish–Turkmen interests."

The violent incidents of recent weeks are a reminder of just how fragile the security situation in Kirkuk actually is, with many people having been injured. Dozens have been killed by car bombs in recent months.

Fragile security situation: even though the autonomous region of Kurdistan was spared the wave of violence that followed the fall of Saddam and the arrival of the Americans in 2003, Kirkuk is now being rocked by attacks perpetrated by various militant groups

​​The police lack personnel, equipment and experience, according to police chief Bakir. "We work alongside the American soldiers. They are much better equipped militarily and a great help to us," he explains.

There are currently around 47,000 US troops in Iraq. The number of soldiers that are to remain as well as their military role, whether it be to defend or to train Iraqi soldiers, remains to be determined. There also needs to be a discussion about whether the soldiers will have immunity from prosecution in Iraq.

If Prime Minister al-Maliki reaches agreement with his American negotiating partners on extending the Americans' stay for the purposes of training Iraqi security forces, he will not need the approval of parliament. For any other option, he will. Whether agreement on extension will actually be reached is, therefore, uncertain.

What began in 2003 as "Operation Iraqi Freedom" seems to be ending in Kirkuk in an operation to restore security. The rights and wrongs of the US invasion are no longer a subject for discussion in Kirkuk. The priority now is how best to stabilise the security situation. The Americans, most people feel, should now finish what they started.

Home
Print
Newsletter
More on this topic
Election Monitoring in the Iraqi City of Kirkuk: Voting for a Kurdish KurdistanTurkish-Kurdish Relations: Tentative Steps towards Reconciliation in Northern IraqThree Years after the Fall of Saddam Hussein: The Federal Republic of Iraq
Related Topics
Democracy and civil society, Iraq War, Jihadism | Jihadists, Kurds, U.S. policy in the Middle East
All Topics

The Kurds are under attack from two sides: from Turkey, and from Iran. The situation in their territories in northern Iraq is becoming increasingly desperate. Birgit Svensson ... END_OF_DOCUMENT_TOKEN_TO_BE_REPLACED

Hundreds of porters, locally known as ‘kolbars’, cross the mountainous border between Iran and Iraqi Kurdistan all year round. With Iran’s economic crisis deepening, ever more ... END_OF_DOCUMENT_TOKEN_TO_BE_REPLACED

The Syrian conflict remains insoluble for the time being. Yet Europe could start managing it better. By reorganising humanitarian aid supplies, becoming more involved in the ... END_OF_DOCUMENT_TOKEN_TO_BE_REPLACED

Bachtyar Ali sends the hero of his latest novel – "Mein Onkel den der Wind mitnahm" – literally flying. Jamshid is so thin after his years as a political prisoner that a gust of ... END_OF_DOCUMENT_TOKEN_TO_BE_REPLACED

In this essay, renowned Lebanese journalist and writer Hazem Saghieh asks whether the Arab Levant, which stretches from Iraq in the east to Egypt in the west, will remain an ... END_OF_DOCUMENT_TOKEN_TO_BE_REPLACED

END_OF_DOCUMENT_TOKEN_TO_BE_REPLACED
Social media
and networks
Subscribe to our
newsletter