Iraq's constitutional concept may now sadly not be developed further, which would mean that the momentum towards creating state accepted by all political forces will come to a standstill. The Syrian academic and lawyer Naseef Naeem explains why

Iraq's constitutional concept may now sadly not be developed further, which would mean that the momentum towards creating state accepted by all political forces will come to a standstill. The Syrian academic and lawyer Naseef Naeem explains why 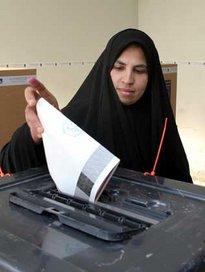 The majority decision in favour of the new constitution at the referendum in October 2005 was greeted with euphoria. But is the transition towards a clearly defined constitutional state now threatened with failure?

​​ When, along with the wider world, Iraq's political elite celebrated the ratification of its constitution in October 2005 as a small step towards the restoration of statehood, no-one could have guessed how long it would take before this constitution's provisions would finally acquire their status as state law.

Despite its permanent legal force, the Iraqi constitution contains countless unresolved details. Because they are very complex, their resolution has been left to the political decision-makers as part of their parliamentary work. As well as this, article 142 stipulates that a review process for all constitutional provisions be carried out by a parliamentary commission. The article was drafted at the last minute and presupposes that the political decision-makers accept the main features of Iraq's new constitutional statehood in principle.

What type of statehood should Iraq adopt?

Iraq's parliament gradually fulfilled its constitutional remit, issuing successive laws. The review commission on the other hand has still not finished its work three years after the constitution was ratified. This is not only due to the difficult situation in Iraq; the decision-makers lack a common notion of what form the Iraqi state should take and thus a basis from which to develop the constitutional provisions.

Mild squabbles over the review commission

It was only at the end of September 2006 that an agreement between the parliamentary parties was reached providing for the establishment of the review commission; the twenty-seven members of the commission were to be chosen by the parliamentary groups, proportionate to the size of the group, with each name then confirmed by a unanimous vote in the house. 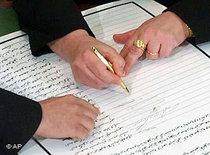 ​​ Two representatives of minorities were later added, in order to conform to the specifications of article 142, paragraph 1 concerning the representation of the entire Iraqi population. Two months later the commission finally met.

According to the schedule, their suggested alterations should have been presented to the house within four months. The deadline, however, was tied in with the dates of the house's sessions and set for mid May 2007. In the period which followed, neither the timing nor the content of the schedule was adhered to, neither was the house presented a conclusive report.

The commission's report was last debated in the parliamentary session at the beginning of August 2008. Since then the debates over possible solutions to the controversial points have continued within the commission, the house and the executive, with no concrete results to date, or even a clear decision regarding the commission's work.

The most recent commission report makes it clear that there is no agreement on most federal aspects of the Iraqi state: the status of the capital; oil and gas; shared responsibilities of state and regions; distribution of responsibility within water policy; the pre-eminence of either national or regional legislation; the powers of the federal parliament and the resolution of problems caused by demographic change – including the Kirkuk problem. 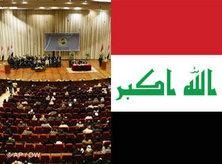 ​​ The Kurdish members of parliament, for instance, insisted that Kurdistan be awarded a status resembling independence. Predictably, these demands were rejected by other political forces. The Arab Sunnis have always tended to be federalism-sceptics. The Shiites do not have a unified position on the issue, which has been reflected in the intense inter-Shiite power struggle at a national level.

In the midst of this confusion, the almost-forgotten "unitary" appears to be a crucial element in maintaining the country's federal structure. All the various political parties seem, however, to have forgotten that in the establishment phase, co-operation, in the form of commitment to policies, is a sensible means to reach consensus.

Reservations about legislation for civil status

The manner in which article 41 determined the right to self-determined civil-status legislation caused strong disagreements, before and after the constitution was ratified. Women's organisations feared women's rights would be curbed by a wider application of Islamic law as a result of the abolition or curtailment of the civil law. Religious minorities fear they could lose their autonomy in deciding over their personal affairs, forced to adapt to Islamic traditions. 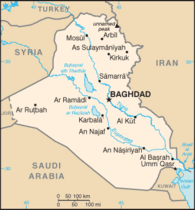 According to Naeem, the central Iraqi government is awarded too little power under the constitution; the federal regions are not closely tied to the Baghdad government

​​ A quick glance at the wording of article 41 is enough to realise that in the light of the constitution's legal provisions such thoughts are not justified; the constitution guarantees every Iraqi citizen the choice as to whether the civil legislation they are governed by is structured according to adherence to a religion or religious confession, according to beliefs, or based on "free decision". The latter phrase obliges the federal legislators to fulfil the Iraqi people's right to self-determination, in other words to provide the opportunity to chose between these options.

This also includes the obligation to create a civil system which guarantees the free choice as to how the civil status is regulated, independent of religion or confession. A proposed alteration by the commission aims to abolish exactly this opportunity. If it is allowed to succeed it will be a bitter blow to Iraqis who do not want their civil status to be regulated on a religious basis.

Infighting over areas of responsibility within the executive 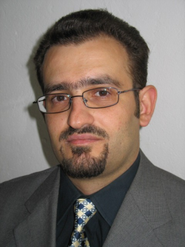 Naseef Naeem wrote his dissertation on "The new federal-state system in Iraq" at Hanover University, Germany

​​ The review commission accepts the distribution of responsibilities – despite emphasis placed on the significance the president of the Kurdish Regional Government's post has for Iraq's state system – and justifies it within the parliamentary theory of the constitution by saying that the Iraqi president is not elected directly by the people and is thus not meant to have the strength of a president within a presidential system. Many suggestions were worked through in order to place the president of the republic in a stronger position than the regional presidents.

The commission is divided on this question. On the one side the commission is in favour of a law to regulate the Iraqi president's powers in the future. On the other side some commission members argue he should have the right to be advised and informed on all state matters and should be commander-in-chief of the armed forces in cases of emergency and war.

Many hurdles in the search for compromise

Despite the stormy passage their work has taken, and their widely differing positions, the commission always attempts to portray its work to the outside world as a success. This can be seen in statements made by several commission members, who are continually talking about the commission's unanimity on countless issues, deliberately obscuring the fact that this agreement is mostly of a linguistic, formal or structural nature and that in the fundamental issues they have got no further.

Thus it is to be feared that the review commission, like the constitution commission, is losing itself in empty, meaningless statements, and putting off the search for compromise. In so doing they are running the risk that the Iraqi constitutional concept will not be developed further, and they are prohibiting the momentum of progress towards a form of statehood acceptable to all political forces, based on the provisions of the current constitution.

Whether, after the failed efforts of both the constitution commission and the review commission, Iraqi society is prepared to risk a third attempt at making the transition to a clearly defined constitutional state, thus remains to be seen.

Dr. jur. Naseef Naeem obtained his doctorate in 2007 at the legal faculty of Hanover University, writing on "The new federal-state system in Iraq". His dissertation was published in 2008 by Peter Lang Verlag as part of the "Leipziger Beiträge zur Orientforschung" series. He is in the process of qualifying to be a professor at Göttingen University and teaches courses at Berlin's Free University on the state systems of Islamic countries.

The Federal Structure of Iraq
More Power to the Powers That Be
The Syrian jurist Naseef Naeem has completed a scholarly study which closely examines the emergence, framing, and consolidation of the new Iraqi constitution. The main flaw of this constitution, says Naeem, is that it grants the central government too little power. Sebastian Sons presents the study

Three Years after the Fall of Saddam Hussein
The Federal Republic of Iraq
After the departure of the USA, Iraq could develop into a federation – with the aid of Europe. Volker Perthes assesses the basic factors of Iraqi politics and takes a prognostic look at the various possible developments

The British Iraq Commission
Federalism as an Exit Strategy?
Although the British equivalent to the US Iraq Study Group, the UK Iraq Commission, calls for a major diplomatic offensive to bring about a political solution for the Iraq conflict, it lacks practical suggestions for implementing its strategy, writes Christian Luenen

END_OF_DOCUMENT_TOKEN_TO_BE_REPLACED
Social media
and networks
Subscribe to our
newsletter