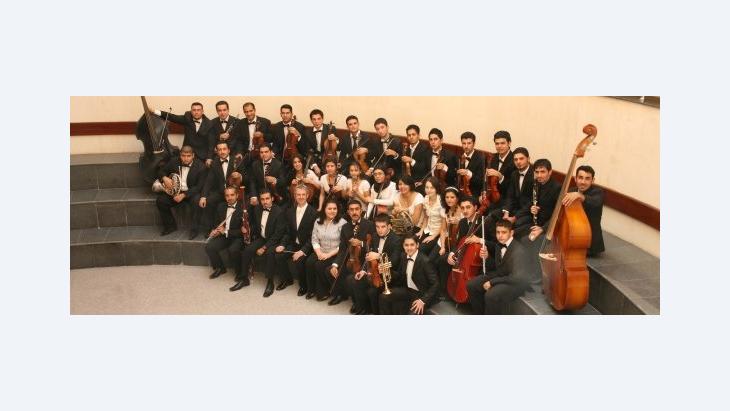 A Symbol of Peace in A Divided Nation

﻿﻿Baghdad's only music school was destroyed in 2003. Any budding Iraqi musician who wants to learn an instrument has to use the Internet or find a teacher – neither of which is easy in Iraq. But a group of young musicians has not allowed itself to be deterred by such hurdles and has set up an orchestra, which they see as a symbol of peace. Gudrun Stegen reports

In 2008, Zuhal Sultan, a 17-year-old pianist from Iraq, came up with the idea of establishing a symphony orchestra with as many young people as possible from all four corners of the country.

Three years later, the following words can be read on an invitation: 'We want a new message to come out of Iraq; a message that stands for peace and unity. This is the goal of all those who have dedicated themselves to this project." The invitation is being sent out by the Scottish conductor Paul MacAlindin and the Förderverein Nationales Irakisches Jugendorchester, the association set up to support the Iraqi National Youth Orchestra, both of whom were responsible for a unique orchestral project at Cologne's Opera House: a symphony orchestra comprising 53 young musicians from all over Iraq. Each of the musicians was selected in an Internet audition process.

For the unity of Iraq 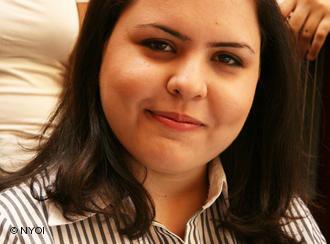 Young Iraqis working in their own way for peace in Iraq: Zuhal Sultan, the founder of the National Youth Orchestra of Iraq, is just 17 years old

​​"This orchestra considers itself to be a peace orchestra," explains Karl-Walter Keppler, chairman of the association. "All members of the orchestra say that they want peace and unity in Iraq. Twenty-two Kurds and 23 Arab musicians are playing side by side. The music is helping these young people grow together."

By making music together in this way, they aim to be a symbol of unity and peace in a deeply divided nation. There are also three interpreters on board. They speak Kurdish, Arabic, and English. The support they provide is absolutely essential for the musicians, who come from all over Iraq.

With incredible steadfstness, the young musicians are trying to cope with the reality of life in Iraq. The only music school in Baghdad was destroyed in attacks in 2003. Its reconstruction has been a gradual affair. Hardly anyone takes professional music lessons; in many cases, the only way to learn is to study music via the Internet. The musicians have to show enormous initiative.

Most musicians teach themselves, practice on their instruments, read books on the subject, and follow lessons on YouTube. During the rehearsal periods with the orchestra, they have the chance to work with professional teachers from Great Britain, Germany and the USA. The programme is very intense. In addition to between two and three hours of private lessons, the orchestra practices for up to six hours a day. But even then, the musicians' day is not over. "When they get back to their hotels, you can hear them practising throughout the night. The enthusiasm is incredible," says Karl-Walter Keppler. 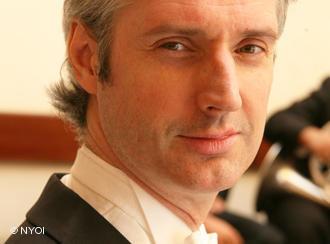 The conductor Paul MacAlindin helped the orchestra develop its own individual profile; the young musicians rehearse not only works of classical Western music, but also pieces from their own country

​​The Scottish conductor Paul MacAlindin is the orchestra's musical director. He heard about the establishment of the orchestra via the British Council and immediately declared his willingness to work with the young musicians. The first joint summer academy took place in the Kurdish city of Sulaymaniyah in 2009. MacAlindin and twelve teachers from the USA and Europe all travelled to Iraq to provide their assistance. The main aim of this first academy was to give the orchestra its own profile. The orchestra's first concerts in Iraq, which featured classical Western works and pieces from the Arab world, were very well received and were broadcast on Iraqi television.

Then the private association supporting the orchestra was set up in Cologne in 2010. Paul MacAlindin, who lives in Cologne, succeeded in getting the support of friends and acquaintances, who were very enthusiastic about his project. The association now plans and organises rehearsals and concert performances. Right at the top of the wish list are concerts in Iraq and trips abroad. According to MacAlindin, the young musicians are proud of their culture and want to play not only Western concert music, but also works from their own country. They also want to show that the people in Iraq are ready and willing to work and live together peacefully.

Twenty years after 9/11, the world is faced with the dual challenge of Islamophobia and anti-Westernism. Ahmet Kuru argues that Muslims in the West, well versed in both Western ... END_OF_DOCUMENT_TOKEN_TO_BE_REPLACED

Two decades after the attacks of 11 September 2001, the West faces the shattered debris of its failure – not only in Afghanistan, but also in Iraq, Syria, Libya and Yemen. What ... END_OF_DOCUMENT_TOKEN_TO_BE_REPLACED

Twenty years after 9/11, the United States is recalibrating its war policy. However, its assertions that the era of endless wars is over are a myth, writes Maha Hilal END_OF_DOCUMENT_TOKEN_TO_BE_REPLACED

The coronavirus pandemic has turned lives upside down all over the world. In the Middle Ages, however, people lived with epidemics all the time. The best and most famous ... END_OF_DOCUMENT_TOKEN_TO_BE_REPLACED

While agreeing last week to a withdrawal of US combat troops from Iraq, neither Iraqi nor US leaders can admit publicly how much they need each other. By Cathrin Schaer END_OF_DOCUMENT_TOKEN_TO_BE_REPLACED

Reading Hassan Blasim's God 99 is an immersive experience of grief and exaltation, anger and disgust, writes Marcia Lynx Qualey. We join the Iraqi narrator as he sits around in ... END_OF_DOCUMENT_TOKEN_TO_BE_REPLACED
Author:
Gudrun Stegen
Date:
Mail:
Send via mail

END_OF_DOCUMENT_TOKEN_TO_BE_REPLACED
Social media
and networks
Subscribe to our
newsletter