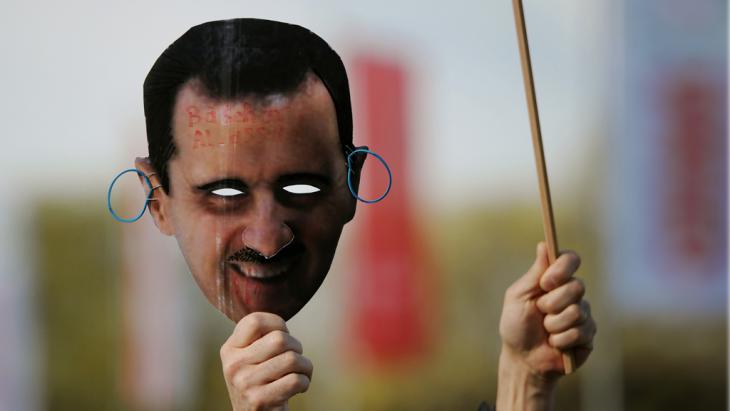 IS: the winners and the losers

The time is ripe for Bashar and his cronies

In future, under the pre-text of waging a ″war against terror″, autocratic regimes in the Arab world will adopt an even harder line against opposition groups in their own countries. There is likely to be little objection from the West, which is still reeling from the most recent IS attacks, writes the Moroccan journalist Ali Anouzla

There are many conspiracy theories about origins of the Islamic State group (IS), its funders and protectors. Such theories, however, lack hard evidence to support them and it is likely to be some time before the reality of IS is uncovered. Yet, even without knowing how the group was created and how it is funded, we can identify those who stand to benefit from the existence of IS and its terror activities and those who are its victims.

The list of IS beneficiaries is long, even if they claim to be at war with the organisation. They are countries and regime that oppose IS in public, but greatly enjoy the numerous political benefits afforded to them due to the existence of IS.

The main IS beneficiary is the regime of Bashar al–Assad that protected the group's stronghold in Raqqa, sparing it the barrel bombs which it indiscriminately drops on civilian neighbourhoods. The Assad regime wanted the group to grow in order to convince the world that the Syrian regime was fighting "terrorists" from the start of the Syrian revolution.

It is therefore hardly surprising, after IS terror attacks hit in the heart of Europe and flooded the continent with hundred of thousands of refugees, to hear the German Chancellor Angela Merkel trying to appease Bashar al–Assad by saying that striking an alliance with him is important.

The second beneficiary is the Iranian regime that has managed, after years of protracted negotiations, to force the West into signing a nuclear deal that preserves its nuclear programme.

After the northern Iraqi city of Mosul fell into the hands of IS, the West was petrified of the group's expansion and rushed to work hand in hand with Iran's mullahs to stop the growing IS threat. 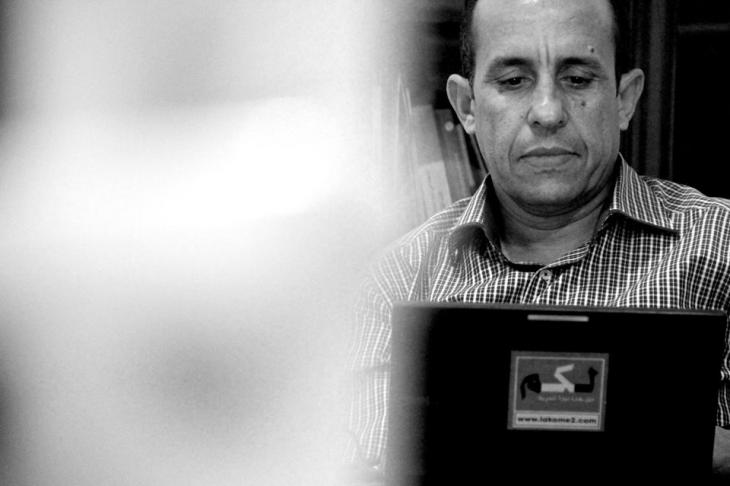 The Moroccan journalist Ali Anouzla is managing director and editor-in-chief of the website "lakome.com", as well as being the founder of numerous – in the meantime prohibited – Moroccan newspapers. He is one of a handful of truly independent journalists in Morocco. His investigative journalism has exposed various human rights infringements to date. In 2014 he received POMED's ″Leaders for Democracy″ award. In November 2015 he received the Raif Badawi Award for Courageous Journalism

However, after a year of Iranian involvement in the war against IS, it has become clear that Iran has only bolstered the sectarian regime in Baghdad and protected itself against Western criticism, especially when it comes to Iran's human rights abuses.

The third beneficiary is Russia and its president–cum–tsar Vladimir Putin, who has succeeded in making the West forget his crimes in Ukraine and his annexation of Crimea and is slowly dismantling the Western sanctions imposed on his empire.

Today, Putin has even managed to win over France, despite the fact that the latter spearheaded a campaign to impose sanctions against Russia for its involvement in the Ukraine.

Now, however, France is begging Russia to co–ordinate airstrikes in Iraq and Syria, which mainly target opposition groups described as moderate, while most of its victims are civilians and IS fighters go largely unscathed.

The fourth beneficiary is Israel. With the eyes of the world distracted by the brutality of IS, Israel took advantage of the situation to further its expansionist policies in the occupied territories.

This has continued during the third intifada, which has also been played out in areas within Israel. The beginning of the intifada coincided more or less with the IS terrorist attacks in Paris – which drew the world′s attention and thus allowed Israel to pursue its settlement construction plan without disruption: fait accompli. 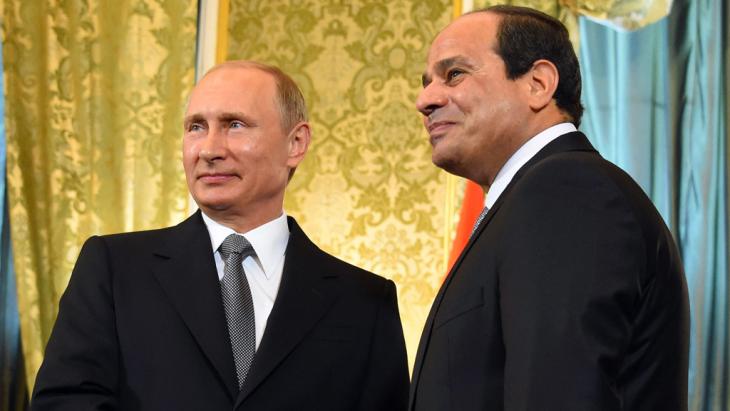 Best mates: Kremlin boss Putin and Egypt′s president al-Sisi are both in favour of involving the Syrian regime in the fight against Islamic State (IS). In recent weeks, Moscow and Cairo have been in regular contact. Among other things the two countries are seeking to intensify co-operation at a military and secret service level

The fifth beneficiary is every authoritarian regime in the Arab world that has used the "war against terrorism" to further suppress its population without much care for the lone voices of criticism coming from the West.

As for the victims of IS and its nihilistic wars – the list is long. They are primarily the innocent Syrians and Iraqis who have fallen under IS rule, or those who are killed by the bombs of Western countries that have thronged to save them.

The victims of IS are the displaced refugees who are drowning in the sea and suffering hunger and cold while they wait at closed borders.

The victims of IS are the ones being killed in occupied Palestine away from the gaze of the world.

The victims of IS are also the men and women killed in Paris streets, cafes and theatres.

The victims of IS include millions of Arabs in Europe who are viewed as possible terrorists until they prove their innocence by going back to where they came from. 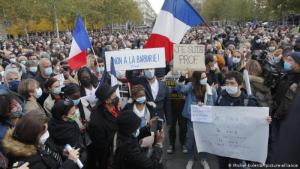 This 11 September marked the nineteenth anniversary of the terrorist attacks in New York and Washington. The wide-ranging repercussions of those attacks in the years since 2001 ... END_OF_DOCUMENT_TOKEN_TO_BE_REPLACED

With the arrival of thousands of Tunisian refugees in Italy, the Italian government is putting increased pressure on Tunisia and wants to extend its deportation deal with the ... END_OF_DOCUMENT_TOKEN_TO_BE_REPLACED

After the devastating fires in the Moria migrant camp on Lesbos, Muhammad spent days on a sealed-off section of road with thousands of others. His most fervent wish is to leave ... END_OF_DOCUMENT_TOKEN_TO_BE_REPLACED

After the al-Qaida terrorist network attacked the US on 11 September 2001, Germany backed the US-led military and diplomatic mission in Afghanistan – and still does. Nineteen ... END_OF_DOCUMENT_TOKEN_TO_BE_REPLACED

END_OF_DOCUMENT_TOKEN_TO_BE_REPLACED
Social media
and networks
Subscribe to our
newsletter