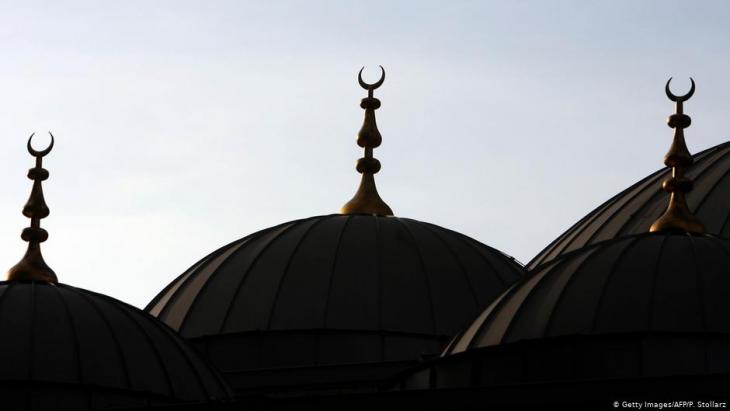 Turkey's highest religious authority brings in huge profits, say experts. But as a historic brewery in Istanbul faces demolition, critics argue that such profiteering is not in line with Islam. By Aram Ekin Duran

Located in Istanbul's central Sisli district sits the Ottoman Empire's first commercial brewery – Bomonti. The historic building was later handed over to the district's Mufti office and is now slated to be demolished to make way for a mosque and residential home. But the project has been met with fierce opposition.

"The Bomonti brewery has historical significance. Demolishing it will destroy our district's charm and further the redevelopment boom, which is not good news for us," said Sisli's District Mayor Muammer Keskin. The head of the Turkish Chamber of Engineers and Architects, Akif Burak Atlar, has also voiced opposition to the plans: "The Bomonti brewery has been neglected for years. Its restoration, rather than its demolition, should be the discussion."

'Diyanet Holdings': how wealthy is the authority?

The controversial re-development on the site of the historic brewery is just one example showcasing the increasing business acumen of Diyanet — the Turkish government department that handles the administration of religious affairs within the country. The state institution employs over 107,000 people, manages hundreds of similar projects in Turkey and abroad. Sarcastically dubbed "Diyanet Holdings", critics warn that the religious authority will soon be indistinguishable from a multinational conglomerate. 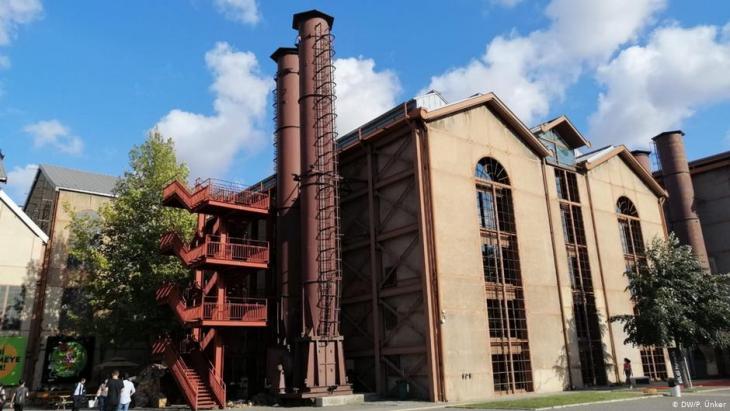 The Bomonti brewery in Istanbul's Sisli district is to be demolished soon so that a mosque and a residential home can be built on the site. But there is strong opposition to the project

According to Diyanet's website, its budget is the equivalent of €825 million — a sum that far exceeds the budget of most state ministries. The Turkish statistics institute TUIK believes the actual figure to be almost double that, estimating that the 2019 budget is around €1.7 billion. On top of that are enormous real estate assets. According to the head of Diyanet, Ali Erbas, the directorate owns 2017 properties.

Writer Omer Saglam thinks Diyanet's financial worth is even more. After investigating its operations, his findings were that Diyanet earns vast sums of money through the Hajj and Umrah pilgrimages, with meat slaughtered during the Islamic holiday Eid ul-Adha, also known as the "Festival of Sacrifice" and through various undisclosed investments.

Diyanet's global presence is far-reaching. Across the world, it slaughters approximately 450,000 animals per year.

Donations from private individuals fund the operation and the meat is distributed to poor people in the name of the donors. Saglam believes the revenue from the meat alone can reach €52.4 million:

"That would have to bring in far more earnings than are officially stated. Unfortunately, I discovered during my research that the expenditure and revenue aren't properly recorded. Diyanet is largely uncontrolled."

The internal structuring of the Diyanet construct is complex and opaque. The authority engages in educational, cultural and charitable activities in 145 countries.

In 1975, the Diyanet established the Turkiye Diyanet Vakfi Foundation initially as a small charity organisation. Now the foundation operates a vast number of businesses and has become especially profitable since it was granted full tax exemption in 1977. Today, the foundation has some 1,000 branches across Turkey.

Through its subsidiary Komas A.S., the foundation is active in the construction industry. Since 1983, the company has built hundreds of religious residential homes and schools, mosques, hospitals, hotels.

Theologian Cemil Kilic is critical of the authority, saying: "Today, Diyanet appears like a gigantic holding company – or even more sinister: Like a state within a state. But it shouldn't be able to act as an economic power." He calls on the religious authority return to its fundamental mission.

"The Diyanet was founded to bring the truths and the Islamic religion to the attention of the public, to convey an understanding of justice and virtue." Kilic sees the Diyanet, as it exists now, as nothing more than a clique that is disconnected from the people. "The institution was originally established to serve the poor and not for its own gain," he said.

"That would be contradicting the logic of Islam."

Recep Tayyip Erdogan, disappointed by the European Union’s reluctance to integrate Turkey into its ranks, has re-directed his country’s diplomacy toward the Maghreb and Africa to ... END_OF_DOCUMENT_TOKEN_TO_BE_REPLACED

Having taken control of the traditional media, Turkish President Erdogan is now extending his reach to the social networks. A new law has been passed to rein in major digital ... END_OF_DOCUMENT_TOKEN_TO_BE_REPLACED

Although a unity government was formed in Libya in March 2021, tensions and possible crises between the political actors are already emerging. What problems does the country face ... END_OF_DOCUMENT_TOKEN_TO_BE_REPLACED

In Islamic mysticism, Ramadan is more than just a period of prescribed abstinence, signifying an opportunity for inner contemplation. Marian Brehmer explores the spiritual ... END_OF_DOCUMENT_TOKEN_TO_BE_REPLACED

The USA and NATO plan to withdraw from Afghanistan by September. The operation is risky, the outcome uncertain. Many Afghans fear civil war. The quake on the Hindu Kush will also ... END_OF_DOCUMENT_TOKEN_TO_BE_REPLACED

The neo-Ottomanism propagated by Erdogan has long been more than rhetoric and symbolic politics. This can be seen from recent developments in parts of northern Syria, where Turkey ... END_OF_DOCUMENT_TOKEN_TO_BE_REPLACED
Author:
Aram Ekin Duran
Date:
Mail:
Send via mail

END_OF_DOCUMENT_TOKEN_TO_BE_REPLACED
Social media
and networks
Subscribe to our
newsletter