Of Culture Clash and Constitution

A spurious polarity has emerged from the current debate on Islam: it places the Enlightenment on one side, the Muslims on the other. Evidently a case of historical amnesia. By Zafer Şenocak 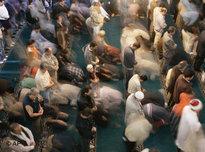 ​​It's not so long ago since the noise of battle died away on another culture clash. At the end of the sixties, a mere four decades ago, youth began to kick over of the traces, rebelling against the outmoded social and moral world of the older generation.

The emancipation movement championed women's rights to self-determination and abortion, the assertion of equal rights for homosexuals became a banner of the campaign plan, too, while demonstrations and debate on society and its values set enduring changes in motion.

Until the seventies, and the advent of the social-liberal coalition's reforming crusade, the man was boss in the German family, with all the legal consequences – including those to the detriment of women – which this entailed.

In some places a divorced woman was an object of suspicion, while interdenominational marriages were considered to be beyond the pale. Nobody at that time would have dreamt of blaming any of this on the Sharia. There were, of course, already Muslims in Germany back then, but they were practically invisible, mere beasts of burden toiling in support of the German economic miracle.

A clash of diehard conservatives

Now, we are told, there is another clash of cultures taking place. But who are the antagonists this time? Germans and Muslims? Certainly not. This is a clash of diehard conservatives, and it is exactly through this kind of ethnically and religiously loaded struggle, and through the propagandistic and populist way in which it is being carried out, that the common denominator in the participants is revealed. 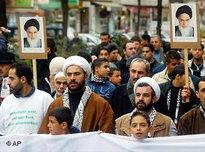 Islamic fundamentalists are only too happy to be witnessing the present climate of change, which is seeing a desertion of the principles of Enlightenment and secularisation

​​The struggle in which these forces are engaged is not with one another; they are, in fact, brothers in arms, wreaking their joint havoc on open society. They have succeeded within a period of just a few short years in introducing and establishing a regressive, even infantile notion of culture, one whose ideologies represent a danger to every form of pluralism, and which thus constitute a threat to the foundations of free society itself.

One does not become a fundamentalist through adherence to a particular faith; it has more to do with a particular way of thinking (or not thinking).

Islamic fundamentalists are only too happy to be witnessing the present climate of change, which is seeing a desertion of the principles of Enlightenment and secularisation, and a turning towards the Christian inheritance and xenophobic attitudes of the 19th century, precursors to Europe's greatest 20th century catastrophe.

Separation from any connection with the own past

But was it not precisely this Christian inheritance that in the sixties, and in the face of considerable resistance, was finally gotten rid of? And did 1945 not represent the opening of a new era in Europe, when, if not entirely consigned to history, nationalism and xenophobia were at least marginalized?

Was it not the case that Europe only began to gradually free itself from the yoke of absolutism after the French Revolution and as a consequence of Napoleonic reforms?

Apparently, none of these questions is considered to be of relevance to present discussions of Islam, its belief system, or the behaviour of some Muslims.

It almost seems as if these people with their strange, occasionally destructive behaviour patterns, were some sort of aliens, somehow separate from any connection with our own past. Those who spend their time nowadays debating the concept of honour seem never to have read Flaubert, Tolstoy or Fontane.

The Koran – a journey through time

To open the Koran is to embark on a journey through time. Many verses refer to a world that is foreign to us, to living conditions that have little to do with the here and now. And some of the moral values it promulgates are at odds with our understanding of life, society, freedom and the individual. But who are we? 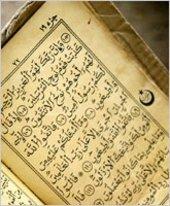 Without a critical discussion on interpretations of the Koran in contemporary society, Muslims are going to continue to have their problems in that society

​​Coming up with an answer to this question seems to be difficult for us. And it is exactly this that makes us uneasy, susceptible to a simplistic type of thinking that is incapable of either explaining or of changing our world.

Take the enlightened Muslims, for example, religious, certainly, but also willing to read the Koran, the foundation of their faith, not only as the revelation of God, but also as if it were a contemporary document.

For the last hundred years, almost all discussion on Islam has tended to be centred upon the status of revelation, in other words on the Koran's status in modern society. But one searches in vain for the contribution of any profound work such as the Jewish philosopher Franz Rosenzweig's "Star of Redemption".

Above all it is a scholastic discussion in which Muslim scholars are engaged. It is about plurality of interpretation and about using this to create a link to pluralistic society. This, however, leaves the relationship to the fundamental, sacred, original text of the Koran largely unaffected.

This is not really surprising, since the Koran has a similarly inviolable status in Islamic religion to that of Jesus in Christianity. Of course there are Christians, too, who believe in the literal truth of the Bible. In Islam, however, there are no Muslims prepared to look at the Koran from a critical perspective.

It is obvious that without a critical discussion on interpretations of the Koran in contemporary society, Muslims are going to continue to have their problems in that society. Something has to give; the Gordian knot is going to have to be cut at some point. The alternative is a perversion of their faith, turning it into a force for destruction, the legitimisation of violence, where there is nothing to legitimise. No alternative, then.

The failure to meet the challenges of the modern world will bring with it social as well as pathological consequences, particularly for the men, who will be forced to step down from their position of privilege. It will also reinforce the image of Muslims as incapable of integration and even dangerous, which is exploited by those who have problems with anything foreign.

The hermeneutic crisis of Muslims is creating a crisis within open society and thwarting the efforts of multiculturalism, as if such a thing as cultural homogeneity still existed in our world. Mosques are suddenly appearing in German cities and the muezzins' calls to prayer are appearing in the same contexts as forced marriages and honour killings.

Enough of violence committed in the name of God

The sacred sources of Islam do not legitimise the use of violence any more or less than those of other monotheistic religions. A tradition that for centuries treated women with suspicion, even burning them as witches, can have no pretensions to superiority as a role model for women's rights today.

History has examples enough of violence and injustice committed in the name of God to show that in the enlightened world, faith must be kept separate from matters legal and judicial.

This is precisely the reason why Germany has its constitutional Basic Law. It documents the core values that bind the society together. Whenever it comes to conflict between this Basic Law and any religious book, it is the Basic Law, the constitution, which must always, always take precedence. It is a principle that should not even require debate.

But apparently this fundamental security is one that our society does not possess. The nervousness, the sense of unease that accompanies every conflict situation is hardly explicable otherwise.

Born in Ankara in 1961, Zafer Senocak has been living in Germany since 1970, where he has become a leading voice in the German discussions on multiculturalism, national and cultural identity, and a mediator between Turkish and German culture. The widely published poet, essayist, journalist and editor, has won several prestigious literary awards in Germany. His works have been translated into Turkish, English, French, Dutch, and Hebrew.

Zafer Şenocak
Translating Islam
How can Muslim societies shake off their intellectual paralysis and inject a new momentum and vitality into Islamic thought, allowing it to engage in a meaningful way with the contemporary world, asks Turkish-born writer and social critic Zafer Şenocak

Naika Foroutan
A Dialogue of the Cultures Instead of the Clash of Civilisations
The issue of cultural dialogue always crops up when things have already started to go wrong. But that dialogue is not some short-term emergency measure, writes Naika Foroutan. In her essay, she discusses the basic principles of dialogue