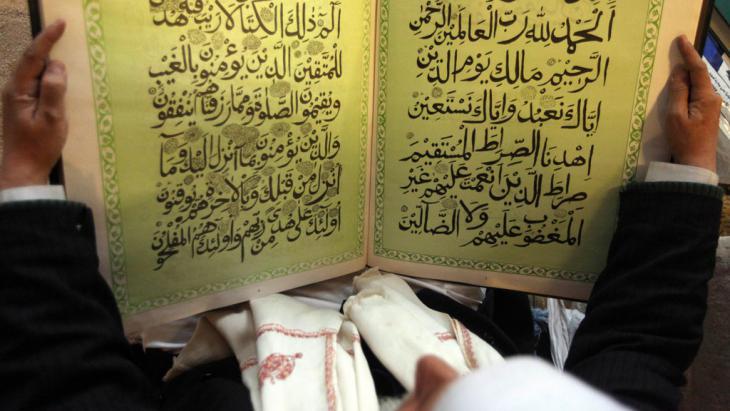 Islam and the modern age
Moving beyond dogmatic doctrine

Whoever equates Islam with Islamists has allowed themselves to be taken in by the radicals and ignores the fact that there are many liberal Muslims who have adapted their faith to the requirements of the modern world. By Rainer Hermann

Just over a quarter of a century ago, the French Islamic scholar Maxime Rodinson wrote a book entitled "Europe and the Mystique of Islam". Since then, Islam has come to be viewed as a threat. Nowhere else in the world are there as many wars as in the area that stretches from North Africa, through the Levant and all the way to the Hindu Kush. The countries spanned by this arc have one thing in common: they are all Muslim.

The terrorist organisations Boko Haram and Islamic State as well as the Taliban also share a common feature: they all claim to be based on Islam. Moreover, in recent weeks, pro-Palestinian demonstrators on the streets of Europe have attracted attention to themselves by shouting anti-Semitic slogans.

All of this tends to bolster the viewpoint that Islam is fixated on violence and is irreconcilable with the modern age. Although there might appear to be evidence to support this view, basing an opinion on such evidence is far too simplistic. The problem is not Islam itself, but rather the Muslims who practice it. 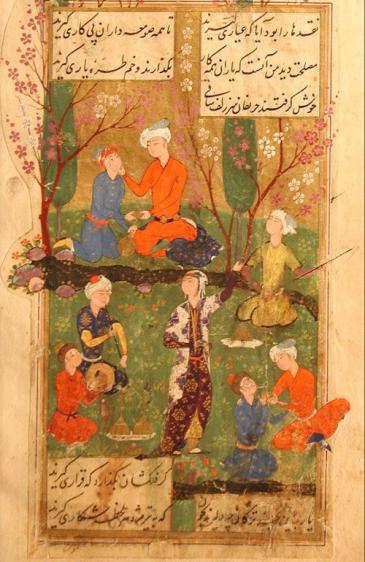 The tolerance of ambiguity: "Goethe was deeply impressed by Hafez' liberal observance of Islam, convinced that such a free spirit could never have been inspired by a totalitarian form of Islam," writes Rainer Hermann

World religions such as Christianity and Islam have been able to endure for so long because they are flexible and always offer the faithful enough room to adapt to new circumstances. Islam permits a great deal, among other things because one Koran sura says one thing and another says the opposite.

In every era, there have been terrorist groups in the Islamic world. In the twelfth century, for instance, there were the Assassins, the equivalent of today's al-Qaida and its successor organisations. Such groups were and still are dangerous. However, they have never developed into mass movements. In fact, the opposite is the case. The Arab Muslims were only able to conquer the Levant virtually without a fight in the seventh century, because the local Oriental Christians welcomed them as liberators from the repressive Byzantine state church.

Exactly two hundred years ago, Goethe began reading the "Divan" by the Persian poet Hafez. Five years later, he created a monument to the Muslim Orient with his "West-Eastern Divan." Goethe was deeply impressed by Hafez' liberal observance of Islam, convinced that such a free spirit could never have been inspired by a totalitarian form of Islam.

The Munster-based Islamic scholar Thomas Bauer has coined the term "tolerance of ambiguity" for the era of classical Islam that Hafez represents, namely, the centuries between early Islam and the modern age. At the time, the diversity of discourse in matters of Koran interpretation and the ambiguity mastered by Hafez were not regarded as a source of irritation, but as a normal part of everyday life. This diversity was only eliminated in relatively recent times when Muslim societies were confronted with the modern age. The reason being that the daily encounter with Western superiority gave rise to the need for a solid and monolithic truth. 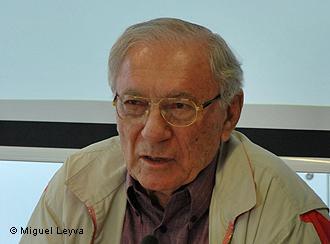 According to Sadiq al-Azm (pictured here), dogmatic Islam is irreconcilable with the modern age because of its emphasis on monotheism; historical Islam, on the other hand, has always been able to adapt because it is a dynamic, evolutionary faith

Today, the thinking of Muslims tends to be characterised by an "intolerance of ambiguity." Just as the Salafists claim to represent the one "true" Islam, many in the West have fallen into the Salafists' trap of believing that there should be only one Islam. This "Homo Islamicus," whose every thought and deed is supposed to rotate around nothing other than Islam, is, however, simply ill-suited to the challenges of everyday life.

However, this sort of character, who subordinates everything to his truth, certainly exists among the extremists. Most Muslims, by contrast, adapt themselves ad hoc to the changes going on around them. The secular Syrian philosopher Sadiq al-Azm sums up the situation as follows: dogmatic Islam is irreconcilable with the modern age due to its stress on monotheism, whereas historical Islam is always able to adapt as a dynamic, evolutionary faith.

There are many today who lay claim to Islam. Saudi Arabia and Iran use Islam to legitimise their rule; the middle class has developed a "business Islam", which is good for individual freedom and a modern society; and under the banner of Islam, extremists are turning to violence and propagating a strategy of salvation akin to that pursued in the past in Europe by the Baader-Meinhof Gang and action directe.

There is no doubt that Islam is currently mired in a deep crisis. The majority of Muslims – whether in Turkey, India or Indonesia – live in democracies. The problem lies with Arab Muslims. Since 2011, the landmark year of protests, the Arab world has been experiencing the end of its post-colonial phase. After the Second World War, Western powers left their former colonial states with arbitrarily drawn borders. The people living within these borders could not identify with these countries and so turned to Islam as a means to define their identity and as a replacement for nationalism. Today, some of these states are disintegrating, and militias who invoke Islam are striving for power.

In the process, we are observing the results of the seeds sown by Saudi Arabia over many decades. The kingdom bases its legitimacy on a symbiosis of its ruling family and the teachings of the puritan Wahhabism. Like no other, these teachings stand for intolerance and the call to fight "non-believers" and those of a different faith.

Muslims must recognise that this form of being a Muslim has no place in the contemporary world and lacks any of the positive energy that is necessary to build a civilisation. This is why "Islam" is perceived as a threat.

As Pride Month draws to a close, Richard Marcus delves into Saqi Books’ latest publication, "This Arab is Queer". Edited by Elias Jahshan, this anthology of essays is remarkable ... END_OF_DOCUMENT_TOKEN_TO_BE_REPLACED

Algeria's decision to unilaterally sever diplomatic ties with Morocco in August 2021 – days after the presidency announced in a statement their relations would be reviewed – was ... END_OF_DOCUMENT_TOKEN_TO_BE_REPLACED

Madrid's about-face on the Western Sahara conflict has enraged Algeria. Trade relations have been frozen unilaterally and a cut in gas supplies to Europe could be in the pipeline ... END_OF_DOCUMENT_TOKEN_TO_BE_REPLACED

With regard to gender justice, things look bleak in the Arab world. Laws typically discriminate against women, while national legislation all too often does not comply with the ... END_OF_DOCUMENT_TOKEN_TO_BE_REPLACED

This year’s Morgenland Festival opened with the premiere of Kinan Azmeh’s musical theatre piece, “Songs for Days to Come”, based on fifteen poems by contemporary Syrian poets. ... END_OF_DOCUMENT_TOKEN_TO_BE_REPLACED

A ceasefire has been in effect in Libya for the past year and a half. Yet after Russia's attack on Ukraine, another proxy war looms in Africa's most oil-rich country. Mirco ... END_OF_DOCUMENT_TOKEN_TO_BE_REPLACED
Author:
Rainer Hermann
Date:
Mail:
Send via mail

END_OF_DOCUMENT_TOKEN_TO_BE_REPLACED
Social media
and networks
Subscribe to our
newsletter