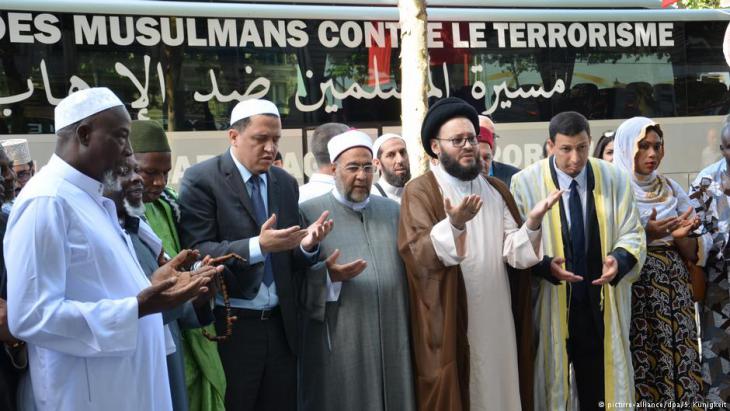 An appeal to Muslims: Call out the terrorists!

Muslims in the West need to shoulder some of the burden when it comes to combatting extremism, otherwise they themselves may well fall under the wheels of the proverbial bus. Commentary by Mousa Barhouma

Amid the increasing number of attacks being carried out in their name, Muslims living in the West face an unhappy future. Whether they agree with the atrocities or not, the blame is being laid squarely at their door. This may well lead to attacks on them – violence begetting violence, the response no different to the original act.

Perhaps the responsibility of Muslims in the West, which extremists refer to as ″the infidel countries″, lies in them staying put on the sidelines. And yet their choice to remain neutral in such a fashion may affect their sense of being and threaten their peace of mind; ultimately it may even de-humanise them, which would not be fair to anyone.

The rhetoric of injustice, exclusion and marginalisation cannot possibly justify the actions of someone who is barely 20 years old mowing down civilians, children among them, in a public place reserved for people out for a walk and passing the time. After all, we′re not on a battlefield. Where′s the logic in someone claiming the right, supposedly on God′s orders, to put an end to this innocent human joy, casting a funeral shroud over merriment?

Muslims in the West are partly responsible, because they do too little to produce reinterpretations of the religious scripture in keeping with the new environment in which they find themselves. Islam Afghan-style is not appropriate to the European environment: it′s too austere, demagogic and out of sync with the time and the place.

This Afghan Islam and other similar ideologies adopted by terrorist groups don′t see that although a religious text may be permanent, its meaning may shift. As the Prophet Muhammad once said, ″O Muslims, you know best about the affairs of your world.″ 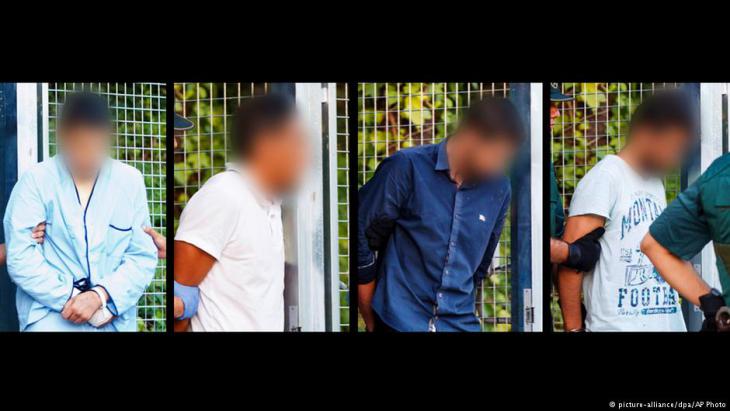 Reclaiming Islam from the preachers of darkness: ″jurisprudents, Islamic thinkers and academics require great courage when it comes to reinterpreting the ancient texts. Countering the dominant rhetoric, they need to set down new foundations for religious practice that respect the goals of Sharia, while being compatible with this new [western] environment,″ writes Barhouma

What fills the hearts of those misguided and brain-washed people are not the noble and ecumenical values of religion, but the rhetoric of hatred as peddled by Abu Bakr al-Baghdadi and bin Laden before him.

Three years ago, al-Baghdadi threatened in a speech which still inspires deluded transgressors that ″Muslims today should trample the idol of nationalism underfoot and destroy the false god of democracy.″ Like bin Laden, al-Baghdadi sees the world as divided into two distinct camps: the camp of Islam and belief, and the other of unbelief and hypocrisy. And in the latter territory ″infidel nations are led by America and Russia, and controlled by Jews.″

Great courage will be required on the part of jurisprudents, Islamic thinkers and academics rwhen it comes to reinterpreting the ancient texts. Countering the dominant rhetoric, they need to set down new foundations for religious practice that respect the goals of Sharia while being compatible with this new environment.

Without going into too much detail, we may assume that the majority of Muslims in the West live their version of Islam in line with what they gleaned from texts they read before they relocated to the "lands of the infidels". Yet the latter are the very countries that have afforded them a safe place in which to practise their religious beliefs freely, because the "infidel" West assumes that their religion, indeed any religion, has the goal of giving happiness to mankind, of spreading love and goodwill, of establishing peace and honouring life.

Little did these Western societies know that there was a perversion of religion in their midst that gives its followers a licence to kill children, people out for a walk or enjoying a night out, either by an explosive belt, a car bomb or a van ruthlessly and mercilessly running over and crushing them under its wheels.

So where has this violence come from? Whence does this ruthlessness emanate? And where do these people obsessed with killing find their justifications? The puzzling question for those in the West is, ″What kind of religion is this?″ In truth, it′s not a religion, but a destructive paramilitary religious ideology. It despises life and rejoices at the sight of killing, as might a psychopath revel in seeing his victims′ blood!

Muslims in the West seeking a better way out need to try a lot harder to rescue the religious interpretation of Islamic texts from those that have been passed down to them by the preachers of darkness. Failing this, they may well find one day that they are the ones crushed under the wheels of a van. And then, there′ll be no shortage of people who will revel in their demise. In this crazy world we live in, what we imagine may become the only likelihood.

The recent escalation of violence in Idlib is also a result of the increasing tensions between Turkey and Russia. The victims are those in Idlib, caught up in a hopeless situation ... END_OF_DOCUMENT_TOKEN_TO_BE_REPLACED

The 2015 Joint Comprehensive Plan of Action with Iran is in jeopardy. European governments should use the JCPOA’s dispute-resolution mechanism both to pursue immediate measures to ... END_OF_DOCUMENT_TOKEN_TO_BE_REPLACED

Many predominantly Muslim countries have penal laws against "blasphemy", "defamation of religion" and "apostasy". In practice they serve as highly effective weapons to settle ... END_OF_DOCUMENT_TOKEN_TO_BE_REPLACED

These days you might be forgiven for wondering whether international relations would be better served by artists than politicians. Iranian Kayhan Kalhor, a bridge builder from the ... END_OF_DOCUMENT_TOKEN_TO_BE_REPLACED

As we digest the details of Donald Trump's Vision for Peace, we need to ask ourselves just one question: does this draft guarantee an Israeli and a Palestinian baby born today ... END_OF_DOCUMENT_TOKEN_TO_BE_REPLACED

As expected the Trump administration released its Israeli-Palestinian peace blueprint on Tuesday, a plan that ignores the Palestinians at the expense of lasting peace. Middle East ... END_OF_DOCUMENT_TOKEN_TO_BE_REPLACED
Author:
Mousa Barhouma
Date:
Mail:
Send via mail

END_OF_DOCUMENT_TOKEN_TO_BE_REPLACED
Social media
and networks
Subscribe to our
newsletter