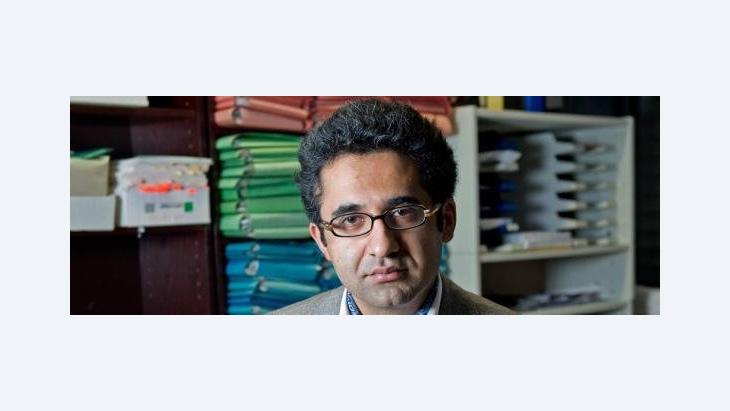 ﻿Until now, there were no books for Muslim children in Germany, and this is why Ahmad Milad Karimi founded his own publishing house. In this interview with Claudia Mende, he explains how he aims to convey a tolerant image of Islam through his books

Ahmad Milad Karimi (born in 1979) is a scholar of Islam, philosopher and publisher. A native of Afghanistan, he has already made a name for himself as an academic, translator and writer. Among his many projects was a translation of the Koran into German for the Herder publishing house. His own publishing house carries the programmatic name "Salam" (peace), and it aims to promote the integration of Muslims in Germany with literature for children and young people.

Mr Karimi, why did you found the "Salam" children's book publishing house?

Ahmad Milad Karimi: The idea was born of need. The publisher Andreas Hodeige and I founded a publishing house for children and young people because for Muslims in particular and others with a migration background, the literature available in German is sadly lacking.

So what do Muslim children and youngsters read?

Karimi: Up to now, publishers and bookstores have done almost nothing to reach this target group. Muslim youngsters for example read brochures and books provided for them by mosque associations and communities, material that is mostly produced in their countries of origin. The three major subject areas of religion, language and culture are addressed by literature from their countries of origin, and there's almost nothing from Europe. 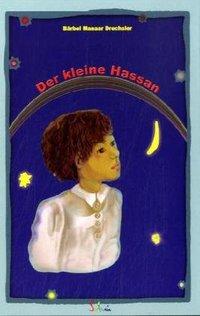 "Ideological and political undertones": Ahmad Milad Karimi criticises that many Islamic children's book are not written in a neutral, child-friendly manner

​​These children's books do not offer the quality that children in Europe are familiar with. At the same time, they do not meet with our expectations. They are not written in a neutral, child-friendly manner, but often have ideological and political undertones. But what bothers me the most is that these children's books do not reflect the local way of life. No one in Germany looks like the children in these books. Then there are the German translations, which are often bad. It's just not acceptable.

Tell us about one particularly successful book published by Salam.

Karimi: The book "Der kleine Hassan" (Little Hassan) by Bärbel Drechsler is about a boy called Hassan growing up in a Muslim family in Germany. Hassan has many questions, such as: What is God? Who is Jesus? Why don't I celebrate Christmas? Questions that concern us all, regardless of whether we are Muslim or not. Hassan then receives clear answers to his questions concerning the origins of Islamic traditions.

"Der kleine Hassan" was not very well received by the critics. One reviewer described the book as antiquated and not a reflection of the reality of children's lives.

Karimi: Clearly people aren't ready to accept that Muslim children can also be sincere. I think it's commendable that Hassan doesn't spend all his time in front of the television, but that he concerns himself with life's big questions. The book portrays members of a functioning family who talk to each other and who are also affectionate with one another now and again.

It's not my aim to publish books that appear to be a dry attempt to be informative. For me it's about children approaching questions in a playful manner. Often, books are read by parents or grandparents who might have something to add to the narrative themselves.

How have your books been received?

Karimi: Well, considering the fact that the publishing house is still very new, and that we've only published four books and an audio book so far, I think the resonance has been positive. We've come to the attention of both Muslims and non-Muslims. If educational opportunities are missed, I believe this is an infringement of human rights. But parents who rarely read books themselves often don't realise that their children can only make their way in society with an education.

How do you aim to reach poorly-educated families?

Karimi: We're going to have to work much harder to convince Muslim parents and make it clear to them that we don't want to exert an ideological influence on their children, but that we want to support them in the education of their children. Every parent is at some point confronted with questions that he or she can't answer. For example, when children ask: "What's the Koran?" Parents mostly reply that it is the word of God. We want to provide assistance in such instances. 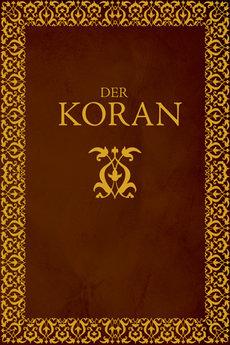 "When Muslim children are familiar with the basics of the Arabic language, no one can say to them they should behave in a certain way because the Koran says so." Cover of Milad Karimi's Koran translation

Karimi: Children who have different mother tongue can only understand and feel comfortable using the German language if they're properly anchored in their mother tongue. It's also a huge enrichment to society if children grow up with two languages. It's an asset that I would like to promote.

Another consideration is that the Koran is Arabic in character. That's why it's important that Muslim children are familiar with the basics of the Arabic language. Then no one can say to them they should behave in a certain way because the Koran says so. They will therefore find their own way to access the language of the Koran, which in turn leads to a kind of "disempowerment of authority". Young people should consult the holy book themselves instead of just asking the Imam what's in it.

Why are your children's books important for integration?

Karimi: Integration must occur from the roots upward. Children and young people are simply forgotten in the ongoing Islam debate. Why isn't there a book explaining to Muslim children why men and women have equal rights? If there were such a book, then we wouldn't have to be explaining to them later why honour killings are not allowed.

Which religious questions do you address?

Karimi: We address all religious questions without taboos. Not just questions about Islam, but also on inter-religious problems. Whether one should wear a headscarf or not, whether Islam legitimises violence. What Jihad means, why Muslims throw themselves to the ground during prayer, and why we fast during Ramadan. Why pork and alcohol are forbidden and what happens when a Muslim drinks alcohol in spite of this ban. I expect the writers to convey the faith in a credible way that is argumentative, but not authoritative. I see my role as winning children around to the idea of personal goodness. If that's not possible, then religion has failed.

Do you also gain something from children's books in the Arab world?

Karimi: There are more and more books for children in the Arab world that are really suitable for children, as well as being good products from a language and content point of view. But still, I'd only want to see classical traditional Arabic stories translated and published in Germany at most, and no current children's literature.

Karimi: Because they reflect a quite different tradition. Every question concerning Islamic tradition is bound up with its context. The answers will be different in Afghanistan, Iraq, Germany and Egypt. There's no one single answer to fit all, the answers are always bound up with temporal and geographical factors.

END_OF_DOCUMENT_TOKEN_TO_BE_REPLACED
Social media
and networks
Subscribe to our
newsletter