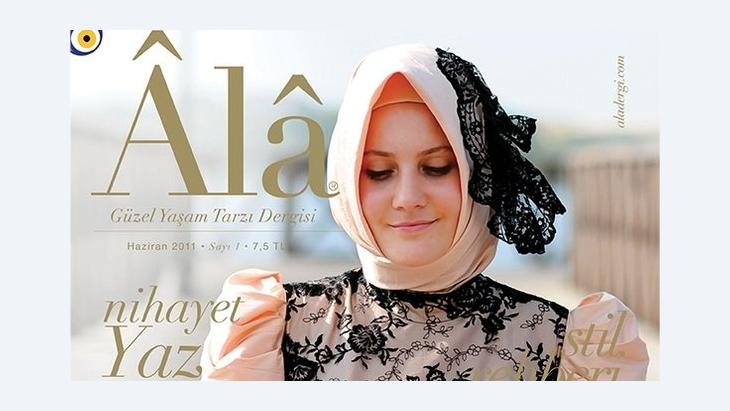 Islamic Fashion Magazine ''Ala'' from Turkey
Hijab and High Heels

﻿Turkish public opinion is divided over the Islamic fashion magazine "Ala". Most of the objections emanate from the Islamist camp, which makes it all the more surprising to learn that most of the women who read the magazine are members of the new Turkish middle class, which is politically aligned with the Islamist-leaning AKP. By Marcel Malachowski

﻿The model's upper body is clad in shiny white silk, tight drainpipe jeans cover her slim legs; she is also wearing a tapered leather coat with fur trim, and knee-high leather boots with towering heels. It's Saturday evening in Istanbul, in front of the hip Black Lounge, a restaurant-bar not far from the Bosphorus. The woman in the head-turning outfit is called Gülbahan – and she's wearing a headscarf. "I won't be dictated to on any score – and the hijab, the headscarf, makes my style even more elegant," she says.

Up to now, it was thought that Muslim women must make a choice between two looks – dressing in accordance with religious stipulations, with a headscarf – or western-style with hair uncovered. In contemporary Turkey, however, the traditional and the modern are now being blended to make a fashion statement. It's a style that's been propagated for almost two years by the fashion magazine "Ala", which can be translated as "dignity".

And public opinion is divided over "Ala". It's primarily Islamist groups that are scandalized: writing in the newspaper "Zaman", the well-known Muslim scholar and conservative populist Fethullah Gülen accuses it of betraying the profound values of Islam for the vile superficiality of aesthetic appearance. Leftwing liberal critics writing in the newspaper "Radikal", on the other hand, joke that "Ala" still isn't showing enough leg. 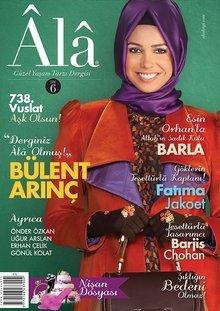 Ottoman splendour is en vogue again and blends with western glamour: "Ala" magazine combines both tradition and a sophisticated contemporary style

​​Most Europeans flicking through a copy of "Ala" might also raise their eyebrows. Not only are the models presenting the latest lines in headscarf fashion, they also wear figure-hugging pencil skirts and leather jackets with attitude. This makes it all the most surprising to learn that most of the women who read this glossy magazine are members of the new Turkish middle class, which is politically aligned to the governing Islamist-leaning AKP.

In contrast to other magazines on the Islamic spectrum, "Ala" rarely publishes devotional material of a religious nature. Readers are more likely to find profile pieces on Muslim career women or well-balanced portraits of leading conservative figures.

It is above all the fashion presented in "Ala" that appears to best reflect social developments in Turkey over the past decade. While for the "New York Times", the magazine represents a kulturkampf between sacred and secular Turkey, perhaps "Ala" is in actual fact an expression of the rapprochement taking place between the various different worlds present in today's Turkey.

Just a few years ago, western districts of Istanbul such as Kadiköy were the stylish bastions of the nation's western-orientated elite. But Turkey's economic boom has also altered society's economic structure. Prosperity is no longer the preserve of the upper classes, and everyday luxury goods are now affordable by sections of the middle classes. Status symbols are an expression of wealth and success – also for Turks who would define themselves as religious.

In downtown Istanbul, just as in Ankara and Kayseri, there are expensive furniture boutiques showcasing Islamic design for the home: gold ornamental Koran suras for example, chiselled into Italian marble.

Ottoman splendour is en vogue again and blends with western glamour – a trend linked to dubious historical references to the pre-Republican era made by the Erdogan government. "Ala" magazine positioned itself squarely in the gap in the market created by this social upheaval. Previously, the Turkish magazine market was dominated by revealing showbiz magazines featuring actresses from the world of films and soap operas, as well as regional versions of western titles such as "Vogue".

But right from the outset, the concept of "Ala" was to counter the straightforward adaptation of western role models with the image of a Turkish woman who is both traditional and sophisticated: or as "Ala" publisher Mehmet Volkan Atay so succinctly describes it, "Hijab & Heels". 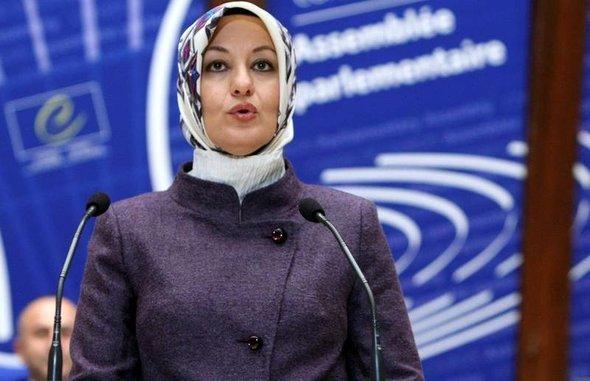 ​​The young Turkish-German fashion designer Ayse Kilic, who regularly creates striking and avant-garde illustrations for "Ala", believes that the religious turban, which completely covers the hair, is no barrier whatsoever to fashion consciousness, style and elegance. In her view, it's much more a case of the religious element serving as an additional inspiration for fashionable combinations: "I hope there's a great future for this form of modern, Islamic fashion with the headscarf, Insha'Allah!" she says.

Affiliation to the traditional and the modern

It does indeed appear to be the case that there is a huge market for magazines like "Ala" in European migrant communities, and not just in Turkey. Dr. Reyhan Sahin – also known as the rapper "Lady Bitch Ray" – has just written a doctoral thesis on the subject of hijab fashion. She believes that the stylistic blend of ultra-feminine clothing and the headscarf is a phenomenon that's continually growing in popularity. For these women, this is a way of expressing their dual affiliation: to both the traditional, and the modern.

It's hardly surprising then that First Ladies Emine Erdogan and Hayrünissa Gül are being touted as new style icons of glamorous elegance – and not just in the Turkish media: They dress for public appearances in a combination of very slim-fitting, high-necked business suits and silk headscarves, plateau high heels by hip label Louboutin and classic accessory highlights such as gloves. A look that recalls western film divas of the 1940s, enriched with an oriental touch.

Islamic fashion has created a completely new aesthetic, a classic reference to the old European bourgeoisie that's been taken up by the new affluent social milieu in the Middle East. New labels are also being established in Europe – the Geneva studio New Hijab, for example.

Company founder Maryam Saeedynejad wants her collections to appeal to the "modern Islamic woman": "We're aiming for a blend of classic and class, the sort of look that used to come out of France or Italy. It's all about putting a modern twist on oriental traditions."

Home
Print
Newsletter
More on this topic
Interview with Joumana Haddad: "Eroticism is the Pulse of Life"Muslim Feminists in Indonesia: The Queens of IslamIslamic Feminism in Iran: Equality at Half Mast
Related Topics
Lifestyle, Justice and Development party (Turkey), Media in Turkey, Sexuality and eroticism in Islam, Women in Turkey
All Topics

Relations between Turkey and Russia are ambivalent. Moscow is nonetheless trying to prop up the leadership in Ankara. Elections are to be held in Turkey in June – and the last ... END_OF_DOCUMENT_TOKEN_TO_BE_REPLACED

All eyes in Turkey are on a court hearing scheduled for January 30 into a child abuse case that allegedly occurred with the knowledge of one of Istanbul's most powerful Islamic ... END_OF_DOCUMENT_TOKEN_TO_BE_REPLACED

Any reconciliation between Turkey and Syria’s Assad regime would have disastrous consequences for many Syrians, explains Syria expert Kristin Helberg END_OF_DOCUMENT_TOKEN_TO_BE_REPLACED

The poetry of Pir Sultan once prompted uprisings in the Ottoman Empire. To this day, Alevis identify with him. Rainer Hermann visited Mehmet Celebi, a direct descendant of the ... END_OF_DOCUMENT_TOKEN_TO_BE_REPLACED

There are signs of an imminent normalisation of relations between Turkey and Syria. This would allow Erdogan to score political points domestically before the upcoming elections ... END_OF_DOCUMENT_TOKEN_TO_BE_REPLACED

Turkey will mark the centenary of the proclamation of the Turkish republic in October. But 2023 will be an important year in another respect too: Turks will go to the polls in ... END_OF_DOCUMENT_TOKEN_TO_BE_REPLACED

Comments for this article: Hijab and High Heels

END_OF_DOCUMENT_TOKEN_TO_BE_REPLACED
Social media
and networks
Subscribe to our
newsletter