​​Ever since the renowned Shah Bano case, the question of whether religious family laws are a barrier for democracy and national unity or a guarantee of a pluralist society has repeatedly polarised public discussion in India. The case originated in the late 1970s, when a civil court sentenced the lawyer M.A. Khan to pay monthly maintenance to his divorced wife Shah Bano.

Khan was unwilling to accept this judgement and appealed to the Supreme Court in Delhi. He argued that Muslim women only have a right to maintenance payments during a three-month period, under Islamic law. His appeal was finally rejected in 1985, prompting a fierce controversy between supporters of the decision and Muslim community leaders, who felt their cultural rights as a minority had been violated.

Their outrage was fuelled by the clearly disparaging remarks on Islam in the presiding Judge Chandrachud's final comments.

To assuage its Muslim voters, the Congress government under Rajiv Gandhi rushed through an act on the "protection of the rights of Muslim women" in 1986. The law gave Islamic personal law priority over criminal law in maintenance issues, effectively excluding Muslim women from seeking criminal procedure.

The political opposition in the Hindu nationalist camp then leaped on the controversial act as a welcome election campaign issue.

Indian law was divided into criminal and civil legislation under British colonial rule. Criminal law and procedure were introduced in 1862, to be applied to all parts of Indian society, regardless of religion and caste. In the first half of the 20th century, this was followed by personal laws on the basis of religion, which were to be applied to family-related issues.

The colonial rulers benefited from clearly defined boundaries between religious communities, which precisely divided the population. From the end of the 19th century, however, Muslim reform movements had also been calling for Islamic personal laws, in the hope of achieving legal advantages for Muslim women within the logic of Sharia.

They argued that women had rights under Islamic law that none of the customs of the time granted them, for example the right to divorce, inherit and remarry.

Another contributory factor was that Muslim scholars regarded Islamic personal law as a final common denominator after the fall of the Ottoman Empire and the end of the caliphate, and hoped to build a collective identity for Indian's fragmented Muslim community on this basis.

Religion - the old ball and chain of the nation?

Proponents of a strong central power and cultural homogeny saw the continued existence of religious family laws after independence in 1947 in a very different light. They regarded it as a basis for political mobilisations along religious lines, preventing India from forming a true modern nation for generations to come. 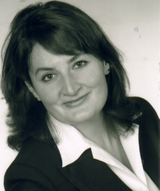 ​​They were convinced that only a uniform body of secular civil law could level out particularised identities and accelerate the process of social reform. Conservative Hindus were also bitter at having had to accept a reformed version of Hindu family law (1956-61), while that of the Muslims remained "untouched", further fanning the flames. For them, Islamic personal law became a symbol of "backwardness and unwillingness to reform" and a "privileged status" granted to Muslims by the Congress government.

As a reaction, the strategy of the Hindu nationalist Bharatiya Janata Party (BJP) was based on "unmasking" the postcolonial modernisation project as "pseudo-secular". The BJP presented itself as the more resolute party, further legitimising itself by calling for a common civil code.

The civil law debate as a media event

The debate on the Indian civil code has emerged as a popular media issue several times over the past two decades. While the Shah Bano case focused on the maintenance question, the Sarla Mudgal case (1995) prompted a new discussion on "polygamy", after a Hindu had converted to Islam under the false impression that he would be able to take a second wife as a Muslim.

Although elements of the Hindi press played a key role in propagating Hindu nationalism, the BJP's media strategists soon realised the importance of the English-language press for their political success. The party found an open forum in the Indian Express, the Times of India and the Statesman for launching their attacks on the Congress Party and the Muslims, establishing itself on this powerful public stage.

Until well into the 1990s, the BJP succeeded in laying down the terms in which the civil law problem was perceived and discussed in the media. The party strategists deliberately reevaluated the common civil code as a key symbol of "national integration", and anyone questioning this interpretation was decried as "anti-national".

This reinterpretation of the civil law issue meant that question of equality of men and women before the law became marginalised. Although the "oppression of Muslim women" was a standard argument in the claim of Islamic civilisation's "backwardness", reform-oriented dialogue was increasingly neglected. The much-cited threats of "polygamy" and "overpopulation" also show that the main issue was the perceived privileged status of Muslim men compared to the men of the majority society.

Accordingly, the changes to Islamic personal law made since these controversies have received little attention. Indian courts have found ways and means of awarding divorced Muslim women compensation despite the iddat rule, for example by increasing the sum that the husband has to pay during these three months. A key Supreme Court decision in 2001 also enabled maintenance payments beyond this period. A year later, the Supreme Civil and Criminal Court in Mumbai ruled that every divorce has to be proven before a court.

The conditions to be fulfilled include the statement of specific grounds for the divorce, return of the dowry and all the wife's possessions, and maintenance payments during the iddat period. Muslim women's organisations feared that the timing of these measures was bad, in the face of Muslim insecurities caused by the pogroms in Gujarat in the spring of 2002.

But there was a surprising lack of public protest. In fact, the decision on proof of divorce was expressly welcomed by the Secretary General of the All India Muslim Personal Law Board, Maulana Syed Nizamuddin.

Yet the prerequisite for a credible discussion on the reform of Islamic personal law is still institutions that clearly represent the interests of India's Muslims. Without such institutions, no policy can claim genuine support or be regarded as democratically legitimated.

Gujarat Turmoil
Victims Are Taunted, Perpetrators Go Free
After an arson attack on a train carrying Hindu pilgrims in 2002, an estimated 2,200 Muslims died in the anti-Islamic pogroms that followed. The court cases that followed did not bring the perpetrators to justice. Bernhard Imhasly reports

The Hindu-Muslim Conflict in Bollywood Films
The Religious Conflict as a Blockbuster
The Bollywood wave has reached our western shores. But how much screen time is actually devoted to politically and socially critical issues in these Indian films, which are primarily about love, consumption, and affluence? Pouyeh Ansari reports

END_OF_DOCUMENT_TOKEN_TO_BE_REPLACED
Social media
and networks
Subscribe to our
newsletter