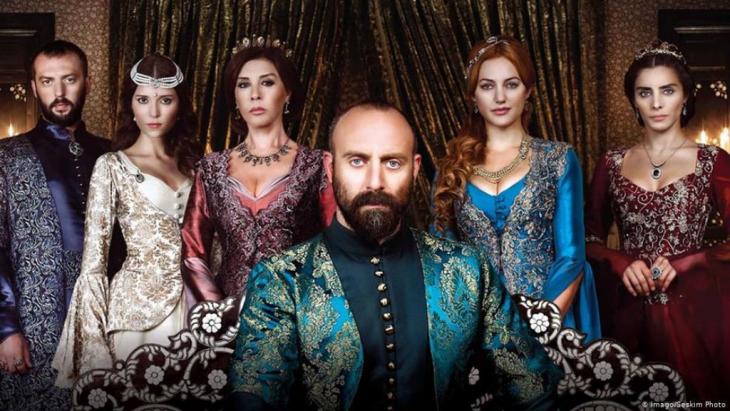 Turkey is the second-largest exporter of TV series in the world, boasting a growing presence on international screens from Pakistan to Chile. The "dizis" offer audiences an elaborately staged alternative to Hollywood and Bollywood. Marian Brehmer reports from Istanbul

When Imran Khan urged his country to watch the television series Resurrection: Ertugrul, claiming it embodied exemplary Islamic values, he had no idea of the mass movement he was about to unleash.

On the Pakistani prime minister’s instruction, the state broadcaster PTV began showing the Turkish historical series dubbed into Urdu just as Ramadan began, on 25 April. And so, the battles and love stories of Ertugrul – originally intended for a Turkish audience – found their way into millions of Pakistani homes. Whole families spent weeks devouring the dramatic storylines, despite the occasional brutal fight scene.

By the last week of Ramadan, the production had reached over 130 million viewers across Pakistan. Ertugrul also received millions of clicks on PTV’s YouTube channel. Resurrection: Ertugrul is a Turkish Game of Thrones of sorts, based on the life of Ertugrul Gazi, father of Osman, the founder of the Ottoman Empire, which endured for six centuries.

Ertugrul has five seasons and is one of several Turkish TV series to have found international fame in recent years. Yet the reasons behind the huge success of Ertugrul in Pakistan are more than a simple symptom of boredom during the COVID-19 lockdown. 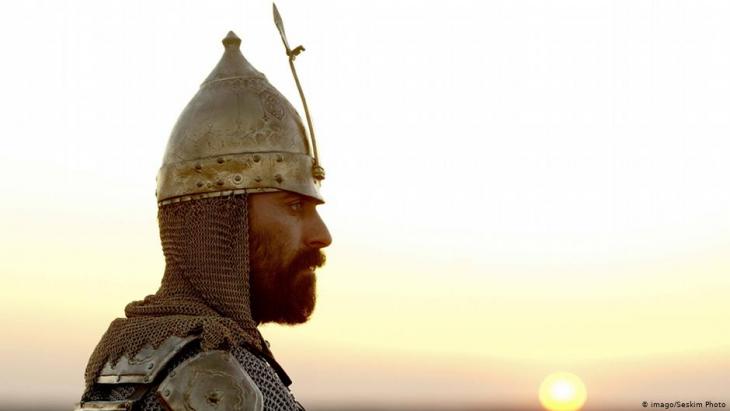 Turkish TV series are taking the world by storm: the "Suleyman the Magnificent" series is just one of many Turkish TV productions that are attracting huge interest from viewers worldwide. They symbolise Turkey's efforts to position itself as a "soft power" beyond the cultural power of the West, writes Marian Brehmer in his article

One possible explanation is that Ertugrul offers Pakistani audiences an expensively produced alternative to Hollywood and Bollywood; two industries of which many of the country’s viewers have grown weary. Pakistanis can identify with the characters in the drama more easily than with glamorous American stars: from the heroism of the virile leader, who derives his courage and constancy from his Islamic faith, to the actresses‘ colourfully-embroidered dresses, which resemble the traditional costume of Baluchistan in south-western Pakistan.

Above all, however, the series speaks to the Islamic sensibilities of Pakistan’s Muslim majority. They identify readily with the protagonists’ pious behaviour, though this had led to some curious controversies: 27 year old Esra Bilgic plays Halime Hatun in the series, Ertugrul’s faithful wife. Entranced by Bilgic’s thespian guile, Pakistani men began following her on Instagram, but were soon disappointed to discover that Bilgic behaves quite differently to the demure 13th century Ottoman character she portrays.

Two refugees detained in Egypt are facing deportation to Eritrea. The expulsion of the Eritreans, who have been incarcerated in Cairo for more than eight years, has been halted ... END_OF_DOCUMENT_TOKEN_TO_BE_REPLACED

International relations are shifting across the Middle East as regional powers adapt to America's retrenchment and China's growing influence. Although the region could become the ... END_OF_DOCUMENT_TOKEN_TO_BE_REPLACED

Germany's foreign policy is explicitly values-based. But what happens, Ralf Bosen asks, when democracy, the rule of law and human rights collide with the logic of trade and ... END_OF_DOCUMENT_TOKEN_TO_BE_REPLACED

Egyptian author Nadia Wassef talks about opening the first independent bookstore in her home country; and her latest book in which she celebrates books and booksellers. By Manasi ... END_OF_DOCUMENT_TOKEN_TO_BE_REPLACED

"The people aren’t ready for democracy" has been the constitutional basis for Arab tyranny, its favourite slogan and its sacred narrative for more than a century. Yet, asks Khaled ... END_OF_DOCUMENT_TOKEN_TO_BE_REPLACED

END_OF_DOCUMENT_TOKEN_TO_BE_REPLACED
Social media
and networks
Subscribe to our
newsletter