Islamic University in Rotterdam
"Muslims are the Best Teachers of Islam"

The Islamic University of Rotterdam has set itself the goal of creating a Muslim academic elite in the Netherlands. The private university has close religious ties to the Turkish Nurcu movement, but is also a space for internal Islamic discourse. Jan Felix Engelhardt paid a visit 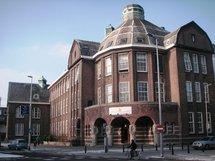 Integrating a Muslim element into the Dutch social structure: The Islamic University in Rotterdam

​​ Tural Koç is feeling rather pleased with himself. The administrative head of the Islamic University of Rotterdam (IUR) has just taken a major step towards gaining state approval for his university. Following close consideration of contents and formal requirements, the Dutch accreditation authority has now granted official recognition to the first IUR course.

Students taking the masters programme in "Islamic Spiritual Counselling" are now able to qualify with a state-recognised degree. This, Koç believes, shows that the university is well on its way to fulfilling its aim of creating a Muslim academic elite in the Netherlands.

It is a goal that the Islamic University has been pursuing since taking up residence in a prestigious former school building in the centre of Rotterdam in 2003. Its close proximity to a Reformed and a Catholic church provides a reminder that educational, health and social institutions were traditionally, and often still are, organised according to confession in Holland.

"We are adapting ourselves to this system," explains Koç, "and working on integrating a Muslim element into the Dutch social structure." The IUR is intended as part of this process. Whether or not they can be in the long term depends very much on official recognition.

In order to achieve this, those involved in the Islamic University are pulling out all the stops in their dealings with other institutions involved in integration. They organise events to promote interfaith dialogue, celebrate the end of Ramadan, arrange conferences on tolerance in Islam and maintain close contact with representatives from the churches and politics. 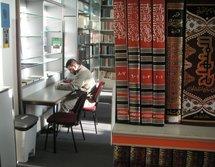 ​​ The motivating force behind all of this is university principal, Prof. Ahmed Akgündüz. The 55-year-old who has taught in both Turkish and American universities in the field of Islamic law is an influential figure whose views carry considerable weight.

The IUR is intended to be a university that is run by Muslims and for Muslims. Founded in 1997, it currently has around 200 students. The courses include Islamic Theology, Islamic Arts, Muslim Spiritual Counselling, Arabic, Law, History of Islam and Comparative Religion. Teaching languages are Dutch and Arabic.

In addition to a library, which includes an extensive collection of classical works on Islamic theology and Islamic law, the university also contains a small studio where calligraphy and ebru, the Turkish art of paper marbling, are taught.

The IUR runs largely on this idealism. Until such time as it receives full state recognition it will also necessarily have to get by without state funding and be reliant on donations. These have been forthcoming from private individuals, foundations and Turkish religious entrepreneurs, most of them part of the personal contact network of principal Akgündüz.

Although no names are mentioned, the university's funding structure is made open to the authorities. Until these authorities begin contributing to IUR funding, however, it is likely that a few more semesters will pass by. In Holland, too, the wheels of academia turn only slowly.

The lack of funding is also one of the major obstacles to the provision of quality teaching at the IUR, according to Nico Landman of the theological faculty of the University of Utrecht. This is especially problematic where the funding problems have an adverse effect on the quality of the study programmes offered and, as a consequence, on the university's ability to compete with other academic institutions. 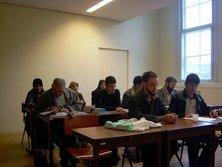 Science as the study of God's creation: students at the Islamic University in Rotterdam

​​ Students who want to study Islamic theology or spiritual counselling in the Netherlands are not dependent on the IUR. The universities of Utrecht, Amsterdam, Den Haag and Leiden all offer the same courses, with an official degree at the end and the kind of financial support that every student attending state university in Holland receives. The teachers also have academic qualifications, whereas their counterparts at the Islamic University tend not to.

Recognised degrees, financial support, and high academic quality – three factors where the Islamic University is struggling to compete with the state universities. Nevertheless, the IUR believes that it has an advantage. According to Principal Akgündüz, "Islamic theology, art and spiritual counselling are best taught by Muslims." In contrast to the state universities only the IUR is a genuine Muslim institution where Islamic schools of thought from all over the world come together.

Whether or not prospective students will be convinced by this argument remains to be seen. At the present time they are still tending to favour the state universities, though one additional reason for this may be the university's reputation due to its ties to the Nurcu movement.

The founder of this Islamic community was the Turkish scholar Said Nursi who declared science, which he understood as the study of God's creation, to be the only way to preserve Islam in the modern world. Over the years the mainly Turkish followers of the Nurcu movement have established hundreds of educational institutions all over the world. Spiritual ties to the movement are not something the IUR denies. On the contrary, in the university bookshop the writings of Said Nursi are prominently displayed in various translations.

Despite the university's evident attachment to the Nurcu ideology however, the university's teaching and student bodies reflect the great diversity and variety of interpretations of Islam. These diverse religious convictions are thrown together at the IUR when, for example, students whose parents are from Morocco, Turkey, Indonesia or Pakistan find themselves discussing questions of religious practice with teachers from, say, Egypt or Syria.

Questions cover areas such as, should Muslim shop assistants in Holland have to sell pork or alcohol? The answer? Yes, according to the majority vote, because it goes with the job. And what about the questions on the position Dutch Muslims should adopt with regard to homosexuality? Well, they need not approve of it, but they must accept it, is the general consensus.

The IUR can provide Muslims in Holland with an institution where their religious positions on such questions can be developed, believes Nico Landman of the University of Utrecht. "The diversity of the teachers and students makes the IUR a space for internal Islamic discourse," says the academic. It has a "positive, constructive role" to play in multicultural Holland.

Interview with Geert Mak
A Basic Mood of Xenophobia in the Netherlands
The right-wing populist Geert Wilders is causing an uproar in the Netherlands with his plans to make a film about the Koran. A new caricature debacle is not in the offing this time, however, says publicist Geert Mak. Nevertheless, a nervous mood prevails. Interview by Daniel Bax

END_OF_DOCUMENT_TOKEN_TO_BE_REPLACED
Social media
and networks
Subscribe to our
newsletter