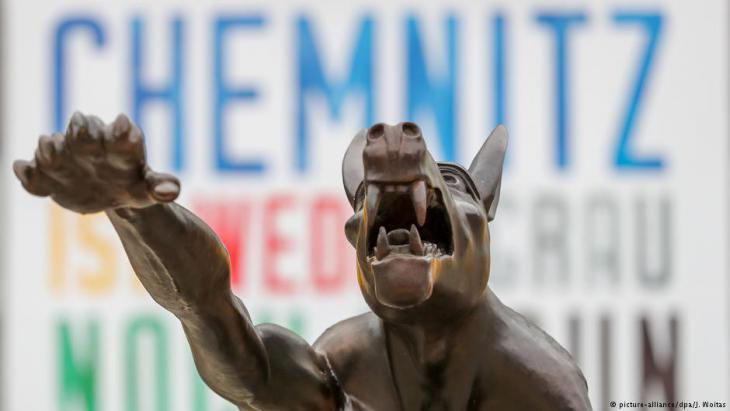 The mob in Chemnitz had a lot in common with the neo-Nazis, Ku Klux Klan followers and other extremists who caused mayhem a year ago in Charlottesville, Virginia, writes Ian Buruma

For obvious reasons, the sight of a German mob chasing foreigners through the streets and throwing up their arms in Hitler salutes is particularly disturbing. This is what happened recently in Chemnitz, a bleak industrial city in Saxony that was touted in the former German Democratic Republic as a model socialist city (it was named Karl-Marx-Stadt between 1953 and 1990).

The police appeared to be powerless to stop the rampage, which was sparked by the death of a Cuban German in a knife fight with two men from the Middle East. Tens of thousands of Germans later gathered for a rock concert in Chemnitz to protest against the anti-immigrant violence. But this is not a specifically German problem.

The mob in Chemnitz had a lot in common with the neo-Nazis, Ku Klux Klan followers and other extremists, who caused mayhem a year ago in Charlottesville, Virginia. Both cities are tainted by history: Nazi and Communist dictatorships in Chemnitz, slavery in Charlottesville. And though the reasons for violent extremism in both places were manifold, racism was certainly one of them.

Many white Americans, especially in the rural south, have hard lives – poor schools, bad jobs, relative poverty. But the one anchor they could cling to was their sense of racial superiority over blacks. That is why the presidency of Barack Obama was a blow to their self-esteem. They felt their status slipping. Donald Trump exploited their feelings of anxiety and resentment.

Many eastern Germans, weaned on authoritarianism and unable or unwilling to benefit from the educational and occupational opportunities in a united Germany, are turning to far-right demagogues who blame all their troubles on immigrants and refugees, especially those from Muslim countries.

The status anxiety gripping white people throughout the West is probably exacerbated by the rise of Chinese power and the sense that Europe and the United States are losing their global pre-eminence. This is presumably what Trump meant when he declared in Warsaw last year: "The fundamental question of our time is whether the West has the will to survive." 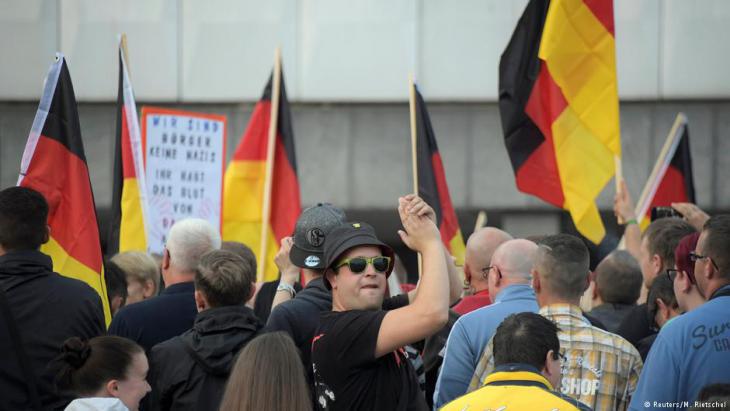 Ian Buruma: I doubt that the crowds in Chemnitz hunting down anyone who looked vaguely non-European were especially concerned with matters of the Muslim faith or culture. The slogan of the screaming rabble was: "Germany for the Germans, foreigners raus!"

That question raises another: what he meant by "the West", and whether a defence of the West is necessarily racist. There was a time in the early twentieth century when the West was defined by its enemies (many of them in Germany) as Anglo-French-American liberalism. Right-wing nationalists, again many of them German, liked to describe London and New York as "Jewified".

The Nazisʹ war on Western democracies

Liberal societies, in this view, were ruled by money, instead of the claims of blood and soil. The Hungarian-British philosopher Aurel Kolnai wrote a well-known book in the 1930s, entitled "War Against the West", by which he meant the Nazi war against Western democracies.

Dalia Hatuqa is an experienced journalist who has reported on the Israeli-Palestinian conflict from Ramallah, Washington DC and Amman. A writer for Time Magazine, Foreign Affairs ... END_OF_DOCUMENT_TOKEN_TO_BE_REPLACED

Since President Abdul Fattah al-Sisi seized power in Egypt in 2013, he has ruled the country with an iron fist. Civil society, opposition and free press struggle to survive. Tens ... END_OF_DOCUMENT_TOKEN_TO_BE_REPLACED

Very different Western reactions to the suffering in Ukraine and the Arab world show that there is a profound rift among cultures. Essay by Michael Young END_OF_DOCUMENT_TOKEN_TO_BE_REPLACED

Many Turks are dissatisfied with the international status of their country. At the same time, opinion polls reveal great scepticism among the Turkish population towards the USA. ... END_OF_DOCUMENT_TOKEN_TO_BE_REPLACED

Since Spain abandoned its traditional neutrality towards the conflict in Western Sahara, Morocco has announced a "new phase" in relations between the two countries. But what is ... END_OF_DOCUMENT_TOKEN_TO_BE_REPLACED

Comments for this article: The West’s racism problem

OK, But what about the liberal policies of the last 30/40 years? Have not wars and lack of or slow development in the South led to waves of migration? Have not global economic decisions and practices created such influx of refugees. Racism is already there, sometimes hidden, other times open, but what is needed is a conjucture and a stimulus to make it violent in the "West".

END_OF_DOCUMENT_TOKEN_TO_BE_REPLACED
Social media
and networks
Subscribe to our
newsletter