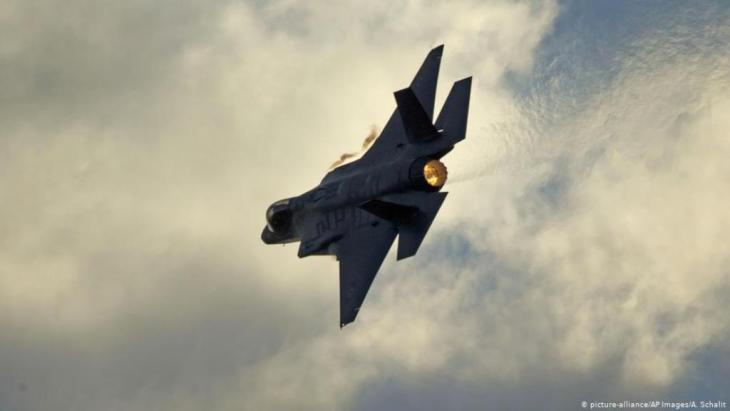 Israeli attacks on bases in Iraq
Is war with Iran on the horizon?

So far, Iraq has always been neutral in the face of a possible war between Iran and the USA. But recent Israeli air raids on Iranian bases in Iraq reveal a different reality: Tehran's rulers apparently can no longer count on the neutrality of its neighbouring country, writes Ali Sadrzadeh

"Trump talks, Netanyahu acts and Iran loses its 'strategic depth'," the newspaper Al Sharq al Awsat wrote at the end of July. ʹStrategic depth' is a paraphrase for a buffer of Iranian allies in Syria, Iraq and southern Lebanon. The satisfaction in these lines is unmistakable. The Arabic daily newspaper published in London belongs to the Saudi royal family. It appears in almost all Arab capitals and is considered influential and opinion-forming.

The facts speak for Al Sharq al Awsat. In July, Israel bombed Iranian targets in Iraq with its modern F-35i stealth jet fighters, the newspaper reports. The attacks were aimed at bases of the Shia Hashd Al Shaabi militias, who have close ties with Iran.

The first attack took place on the night of 19 July and was directed against a base in Amerli in the Iraqi province of Saladin. Ten days later, a second Israeli attack followed, this time bombing the Ashraf base, 90 kilometres northeast of Baghdad and only 80 kilometres from the Iranian border. "Diplomatic sources" confirmed this, Al Sharq al Awsat wrote.

Two days after this report, other Arab media also wrote about the incident and gave details of the objectives of the nightly Israeli air operations. The targets were apparently Iranian advisers at the bases as well as large camps with ballistic missiles that had just arrived from Iran. The Israel Times and other Israeli media published the news, but added that, as always, there was no official confirmation. There was talk of 40 Iranian military experts killed and dozens of Lebanese Hezbollah fighters injured, as well as the destruction of numerous missiles.

Several Israeli media outlets posited that with these air raids, Israel had entered a new phase of anti-Iranian operations. Whereas Israeli planes and missiles have targeted Iranian targets in Syria on an almost regular basis in the past, Iraq had now become the target and that not far from the Iranian border, wrote the Israeli newspaper Haaretz on 31 July. 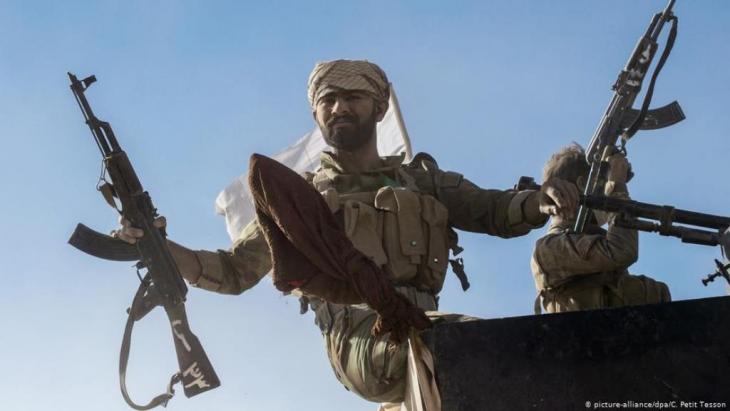 Has Israel extended its air strikes against loyal Iranian militias from Syria to Iraq? The Saudi-funded pan-Arab newspaper "Al Sharq al Awsat" reports that in July, Israel bombed Iranian targets in Iraq with its modern F-35i stealth jet fighters. The attacks were aimed at bases belonging to the Shia militias "Hashd Al Shaabi", which have close ties to Iran. Both the regime in Tehran and the Israeli government remain silent. Israeli experts suspect their own army was behind the move

In the Iranian media, however, one searched in vain for reports about the events. A "friend of Iran" merely twittered a short message on 20 July showing photos of a funeral ceremony in the West Iranian city of Kermanshah. A leading commander of the Revolutionary Guards, Abolfazl Sarabian, was buried. He had fallen in Iraq, read the tweet. Two days later, Fars, the Revolutionary Guard news agency, published a brief report about an Israeli air raid in Iraq, without giving further details. Otherwise there was silence.

The silence is understandable. Iraq is the most important link in the "strategic depth" of Iran. Should the US ever attack Iran, Iraq would be the first place where Iran would respond massively. Thousands of well-trained and battle-experienced Shia militias, trained and financed by Iran, are ready to take up the fight and, according to Tehranʹs calculations, there are plenty of targets in Iraq: US soldiers, US bases and US allies.

In fact, Iraq is a neuralgic point in the USA's Iran strategy. Washington has not forgotten the bloody years after the fall of Saddam Hussein. At that time, the US military had to withdraw most of its troops after murderous terrorist acts, and the remaining soldiers were forced to protect themselves in bunkers.

If Israel begins attacking Iranian bases in Iraq now, before the USA has even taken action, this will alter a whole range of military calculations – in Tehran, as well as in Washington. Are these the harbingers of a great war to come? In Tehran, at any rate, they are apparently lost for words.

United Arab Emirates strongman Sheikh Mohammed bin Zayed al-Nahyan, who was formally elected president on 14 May, has led a realignment of the Middle East, creating a new anti- ... END_OF_DOCUMENT_TOKEN_TO_BE_REPLACED

Back in 1995, when The Times asserted Islam was to blame for the poor levels of education among women in the Muslim world, Mohammad Akram Nadwi began scouring ancient Arabic ... END_OF_DOCUMENT_TOKEN_TO_BE_REPLACED

Women's empowerment in the Gulf has become a tool of deflection, rather than a genuine effort to promote women’s full and equal participation in society. By Mira Al-Hussain END_OF_DOCUMENT_TOKEN_TO_BE_REPLACED

Indonesia has become a primary battleground between democratic and autocratic visions of Islam in the 21st century, with Nahdlatul Ulama pitted against Abdullah bin Bayyah, a ... END_OF_DOCUMENT_TOKEN_TO_BE_REPLACED

A straightforward message emerged from last week’s meeting in the Negev desert of the foreign ministers of four Arab countries, Israel and the United States: Israel is key to the ... END_OF_DOCUMENT_TOKEN_TO_BE_REPLACED

Ahead of Ramadan, most Middle Eastern countries have eased restrictions to near pre-pandemic times. However, increases in prices and food shortages due to the war in Ukraine are ... END_OF_DOCUMENT_TOKEN_TO_BE_REPLACED

END_OF_DOCUMENT_TOKEN_TO_BE_REPLACED
Social media
and networks
Subscribe to our
newsletter