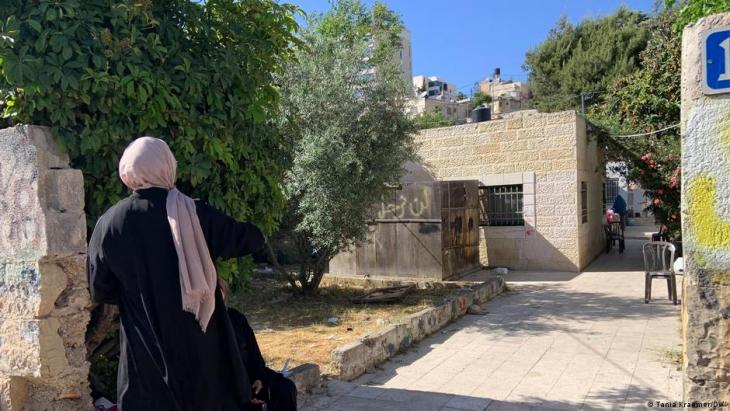 Israel's Supreme Court has floated compromises that would block the evictions of dozens of Palestinians in the east Jerusalem of Sheikh Jarrah, where attempts by Jewish settlers to expel them from their homes helped spark an 11-day war between Israel and Gaza militants in May.

The cases examined on Monday involve four Palestinian families, numbering a total of about 70 people.

The settlers have been waging a decades-long campaign to evict the families from densely populated Palestinian neighbourhoods just outside the walls of the Old City, in one of the most sensitive parts of east Jerusalem.

The settlers say the homes are built on land that was owned by Jews prior to the 1948 war surrounding Israel's creation. Israeli law allows Jews to reclaim such property, a right denied to Palestinians who lost lands and homes in the same conflict. The Palestinians say they have owned the properties for decades.

The cases have been swirling through the legal system for years, and lower courts have approved the evictions of the four families. The Supreme Court had been scheduled to issue its ruling in May, but delayed its decision after the attorney general, in light of heightened tensions, requested more time to consider the cases.

During Monday's hearing, the Supreme Court proposed a pair of compromises, according to Ir Amim, a Jerusalem human rights group that supports the Palestinians and which sat in on the hearing.

It said the first proposal offered the residents "protected" status, meaning they would be protected from eviction for years in exchange for recognising the settlers' ownership over the land. This offer would allow the four families the right to pass down their properties for two generations.

But after the four families rejected the proposition, the court proposed an alternative settlement where the four families would receive protected status while instead acknowledging that Israel once registered the properties with previous Jewish owners, according to Ir Amim. It said the settlers rejected that proposal, while the families asked for more time to consider it.

"The settlement was very challenging, especially with the implied acknowledgment of the ownership of the other side," said Ahmad Amara, a consultant to the residents' legal team. He said the court gave the sides one week to respond.

The plight of the Sheikh Jarrah families has drawn widespread international attention and criticism of what Palestinians and human rights groups say are discriminatory Israeli property laws aimed at pushing Palestinians out of Jerusalem to preserve its Jewish majority. The Israeli rights group B'Tselem and the New York-based Human Rights Watch both pointed to such policies as an example of what they say has become an apartheid regime.

Weeks of unrest – highlighted by heavy-handed Israeli police tactics against residents and demonstrators who supported them – contributed to the heightened tensions that erupted into war on 10 May, when Hamas militants in Gaza, claiming to be defenders of the holy city, fired a barrage of rockets toward Jerusalem.

A cease-fire took effect on 21 May, but the long-running campaign by Jewish settlers to evict dozens of Palestinian families continued. The threatened evictions fuelled protests and clashes in the run-up to the war and pose a test for Israel's new governing coalition, which includes three pro-settlement parties and a small Islamist faction. For the sake of unity, the government has tried to sideline Palestinian issues to avoid internal divisions.

During a visit to the region in May, US Secretary of State Anthony Blinken urged Israel to refrain from moves that could reignite tensions, including the Sheikh Jarrah evictions. Israel has determined the homes were owned by Jews before the 1948 war surrounding the country's creation.

After that war, Jordan controlled east Jerusalem. The families, who were made refugees during the 1948 war, say that Jordanian authorities offered them their homes in exchange for giving up their refugee status.

Things changed after Israel captured east Jerusalem, along with the West Bank and Gaza, in the 1967 Mideast war, and annexed it in a move not recognised internationally. The Palestinians want all three territories for their future state and view east Jerusalem as their capital.

In 1972, settler groups told the families that they were trespassing on Jewish-owned land. That was the start of a long legal battle that in recent months has culminated with eviction orders against 36 families in Sheikh Jarrah and two other east Jerusalem neighbourhoods.

Israeli rights groups say other families are also vulnerable, estimating that more than 1,000 Palestinians are at risk of being evicted. (AP)

END_OF_DOCUMENT_TOKEN_TO_BE_REPLACED
Social media
and networks
Subscribe to our
newsletter