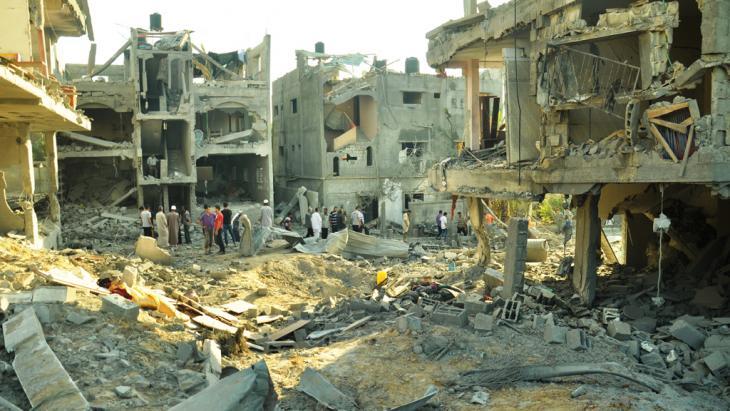 All those whose opinions differ from the prevailing view are considered saboteurs. In this guest commentary, the Israeli writer Etgar Keret describes how the thought police are dominating his homeland and explains why the problems Israel faces cannot simply be bombed away

Whether I want to or not, for days now I have repeatedly come across the slogan "Let the Israeli Defence Forces win". Many of the young people quoting it on their Facebook pages truly believe it was coined in response to the latest military operation in the Gaza Strip. I, however, am old enough to remember that it evolved much earlier, first as a car bumper sticker and later as a common saying, familiar to every child in Israel.

This slogan is directed not at followers of Hamas or citizens in Europe, but solely at people in Israel and their confounded worldview which, for 14 years now, has dominated everything here. It does so because this way of thinking is based on false assumptions.

The first of these assumptions is that there are people in Israel who are preventing victory and the calm that goes along with it. These saboteurs – myself and all those who think differently to the others – are preventing our army from being victorious. We have shackled the strong muscles of our military with caustic articles and defeatist calls for more humanity and compassion. Were it not for us, these traitors, the Israeli Defence Forces would have prevailed long ago, and the calm we so long for would finally have been established.

The other, much more dangerous assumption behind the slogan "Let the Israeli Defence Forces win" is that the Israeli army is indeed capable of winning. "We are prepared to endure all the rockets," says another exemplary family from the south of the country every time, "just so that there'll be an end to all the terror."

Compromise is the only solution 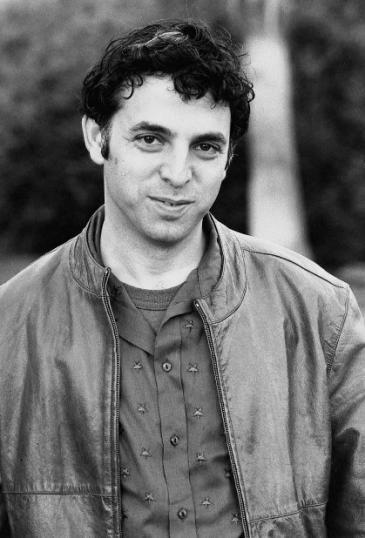 "The Israeli army can win a battle, but only a political compromise will bring security and calm to Israeli citizens," says Etgar Keret

Fourteen years and four military deployments in the Gaza Strip later, we are still clinging to the same warped slogan. The children who were just starting school during "Operation Defensive Shield" in 2002 are now the soldiers marching into Gaza. Every military operation brings forth politicians from the conservative camp and political commentators who explain to us that the time to be friendly is over and the whole thing must now finally be brought to an end.

Looking at them on screen, one asks oneself: what end do you mean? What is it you are trying to achieve? Because even if every single Hamas fighter were to be killed, surely no one really believes it would mean the Palestinian desire for national recognition had thereby been obliterated. Before Hamas, we fought against the PLO, and if Hamas is destroyed – and if all of us are, hopefully, still here – we will fight against another Palestinian organisation.

The Israeli army can win a battle, but only a political compromise will bring security and calm to Israeli citizens. However, the patriotic forces leading the current fighting decree that this is not something we are allowed to say. This is why, when the guns fall silent and the dead are counted on both sides, people will point their fingers at us.

It is a terrible thing to make a mistake that costs the lives of many people. It is an even more terrible thing to repeat it. Four military operations, many dead – and we are right back where we were before. The only thing that changes – for the worse – is the ability of Israeli society to handle criticism.

In the past few weeks, left-wing demonstrators have repeatedly been beaten up by radical right-wingers, people have set up Facebook pages with names like "Death to leftists", and there have been loud calls for boycotts against each and every person whose opinion deviated from Israel's victory. Apparently, the bloody path that leads us, here in Israel, from one operation to another is not a circle, as we thought, but a spiral. It leads downwards, into abysses with which, I fear, we have yet to become acquainted.

Etgar Keret (b. 1967) is one of Israel's best-known writers. His most recent publication in English is "Suddenly, a Knock on the Door".

Home
Print
Newsletter
More on this topic
Israel's crisis politics: On hope and despair in the Middle EastInterview with Raji Sourani in Gaza: "We are just soft targets: we are very cheap"Etgar Keret and Samir El-Youssef: The Incursion of Politics into the Private SphereInterview with Etgar Keret: The Ambivalence of the Wall
Related Topics
Benjamin Netanyahu, Fatah, Gaza War, Hamas, Human rights, Humanitarian aid, Israeli-Palestinian conflict, Palestinian Authority
All Topics

Asmaa al-Atawna's debut novel "Missing Picture" has been published in German translation (Keine Luft zum Atmen – Mein Weg in die Freiheit). In it, she describes life in Gaza from ... END_OF_DOCUMENT_TOKEN_TO_BE_REPLACED

At the end of every year, the team at Qantara.de gives you a run-down of the ten most-read articles on the site over the past 12 months. Here is a quick overview of the stories ... END_OF_DOCUMENT_TOKEN_TO_BE_REPLACED

Palestinian Christians are an integral part of the Palestinian national movement. This is the conclusion reached by the Chilean-born Palestinian political scientist Xavier Abu Eid ... END_OF_DOCUMENT_TOKEN_TO_BE_REPLACED

Jesus – Issa in Arabic – doesn’t merely enjoy the highest place among the prophets in the Koran. He is also revered in Islam’s mystical tradition for his message of love and mercy ... END_OF_DOCUMENT_TOKEN_TO_BE_REPLACED

With reported hostilities against Israeli journalists and the flag of the Palestinian territories flying on the streets and in the stadiums, it is clear the World Cup in Qatar is ... END_OF_DOCUMENT_TOKEN_TO_BE_REPLACED

Mr. Keret's courage to contest his country's policies openly is laudable, and all too rare. It is similar to the situation in the US, where we are considered anti-semitic for protesting American support of Israel's relentless oppression of the Palestinians. As he so rightly observes, the Palestinian's desire for justice and autonomy will not disappear, even with the destruction of Hamas.The emperor has no clothes, yet even many on the left in America dare not speak out about the ongoing catastrophe. Mr. Keret gives me hope that the impetus for revolution (it will be that) can come from inside Israel. I applaud his integrity.

END_OF_DOCUMENT_TOKEN_TO_BE_REPLACED
Social media
and networks
Subscribe to our
newsletter