Israeli oppression: Bedouins in the West Bank in 2014

Back in 2014, some 450 Bedouin Palestinian families (a total of about 3,400 individuals) in 13 villages in the Al-Maleh area of the West Bank were facing eviction by the Israel Defence Forces (IDF). As recent events show, little has changed. By Mohammad Alhaj 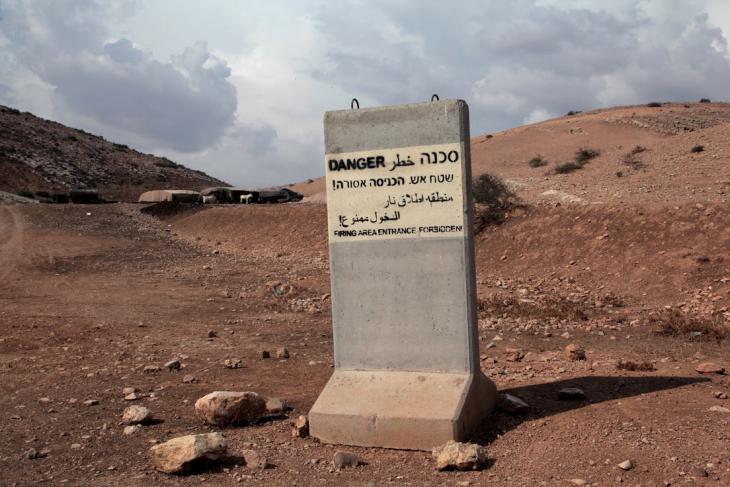 The army has declared the area a military training ground and says it is too dangerous for the residents to remain because of constant gunfire. Pictured here: an Israeli military sign placed on Bedouin-inhabited land forbidding all non-military personnel from entering the area because it has been declared a military firing area. 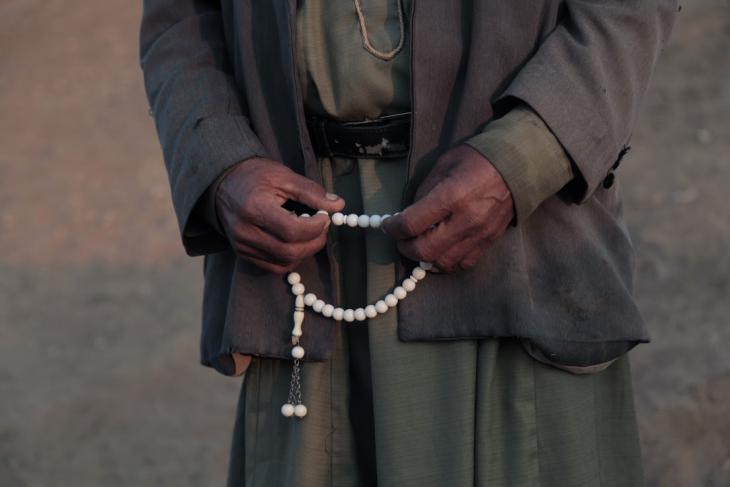 As part of the land seizure process, the IDF has started temporarily evicting 25 families living near the villages of Al-Bayda and Al-Tayasir for the purported purpose of military training, allowing them to return at 7 p.m. after each eviction. Pictured here: Ehmaid Kaabneh holds his prayer beads as he tends his sheep, Al-Maleh, West Bank. 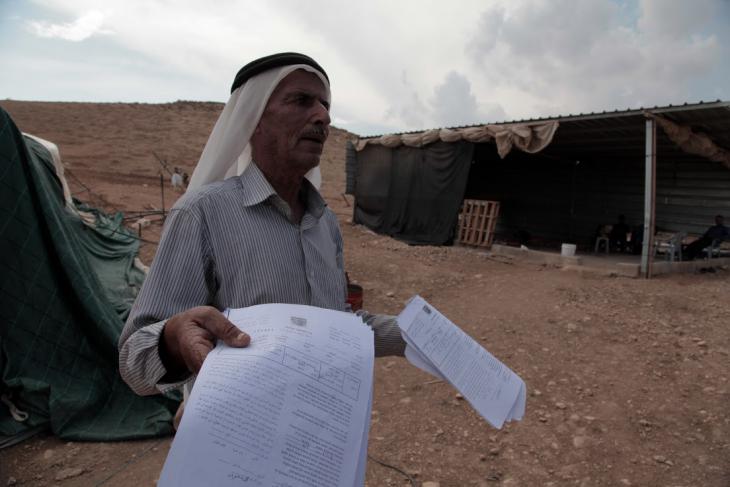 While the present evictions are temporary, permanent eviction notices have been delivered to residents multiple times and they now fear that a final eviction is near. Pictured here: Mahmoud Awwad Ayoub (62), a father of 8 boys and 3 girls, holds tens of the notifications he has received from the IDF ordering him to leave the place where he and his family live. 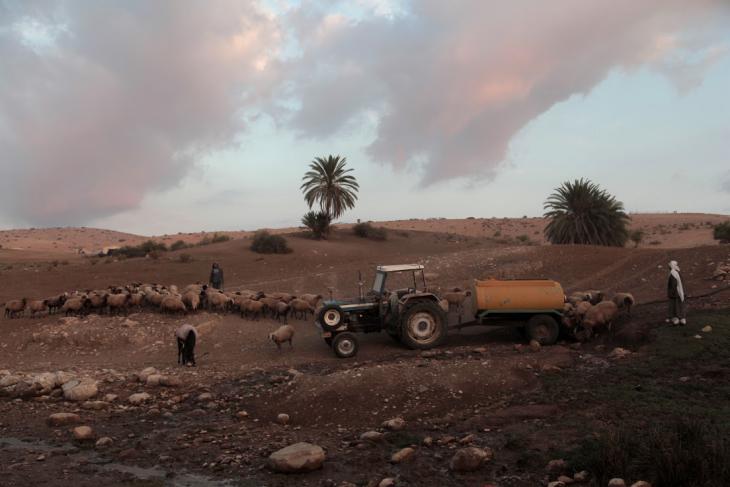 These Bedouin families live off sheep-herding and agriculture, and the use of grazing land is essential for their existence. The water has been transported over a long distance. Pictured here: Palestinian Bedouins provide water for their sheep, Tubas, West Bank. 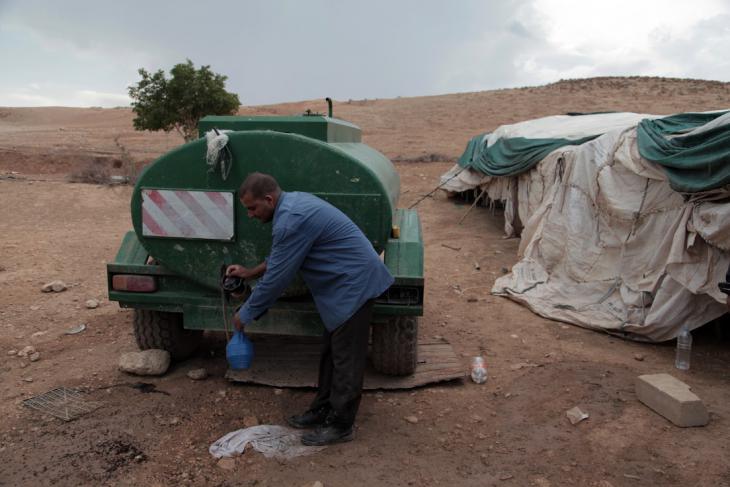 Walid Ayoub (26) is a graduate of agricultural studies at the American University of Jenin. He assists his father in taking care of the sheep and feeding them, Al-Maleh, West Bank. 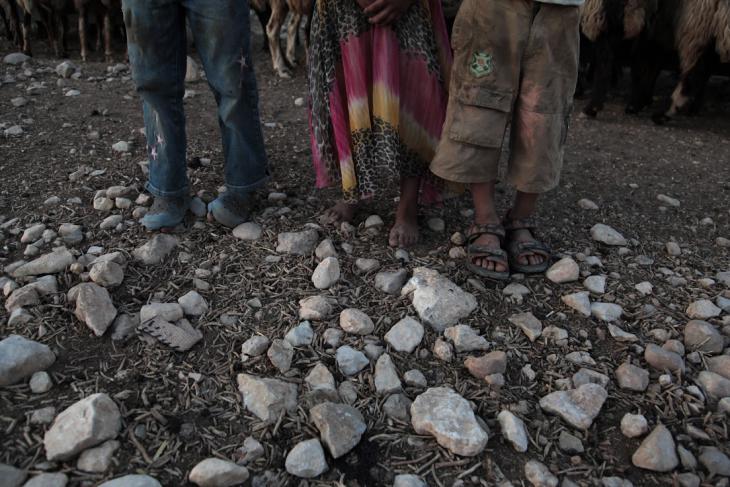 The fears of these families are also exacerbated by the fact that it is not the first time they have faced eviction. They already lost their properties and belongings during the war of 1948 and again in the 1967 war. Bedouin children, Al-Maleh, West Bank. 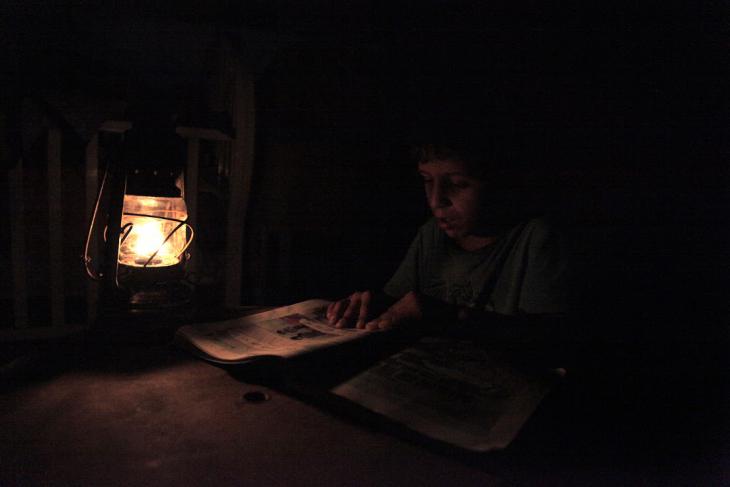 A Bedouin boy does his homework by lamp light. There is no electricity or water services in the Bedouin camps in Al-Maleh because Israeli authorities do not permit the building of permanent infrastructure unless it is for the IDF or Israeli-Jewish settlements. The building of schools is included in this ban, which is why children have to travel long distances to attend school. 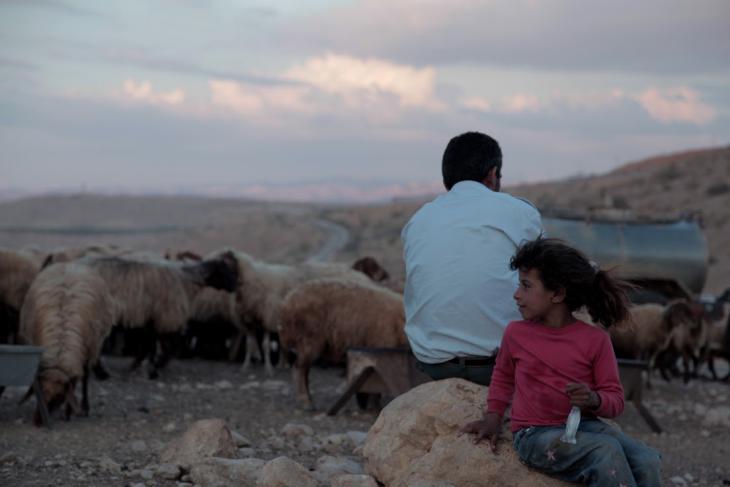 Itidal Mohammad Alian (7), sits beside her father with their sheep. She has 5 sisters and 5 brothers and lives with her father, mother and stepmother in a tent. She plays with family members after school and helps her mother make cheese and yogurt. Itidal goes to school every day in Albedah, a village 10 km from her home in Al-Maleh, on a hill opposite the Israeli settlement of Mehkula, West Bank. 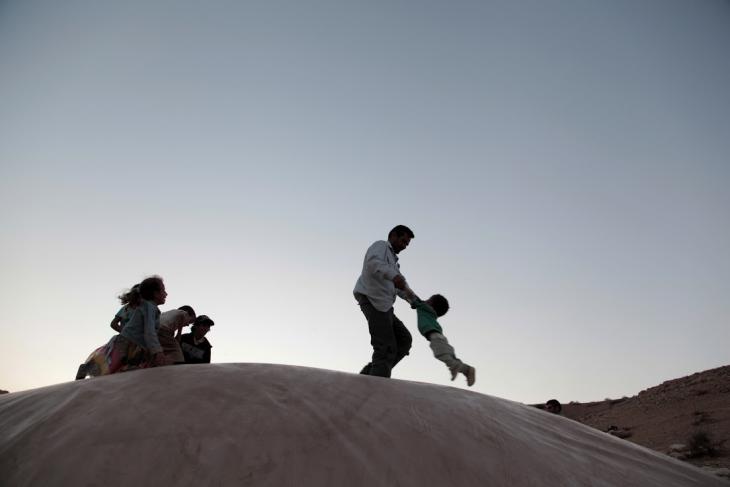 A Bedouin man plays with his children, Al-Maleh, West Bank.

END_OF_DOCUMENT_TOKEN_TO_BE_REPLACED
Social media
and networks
Subscribe to our
newsletter