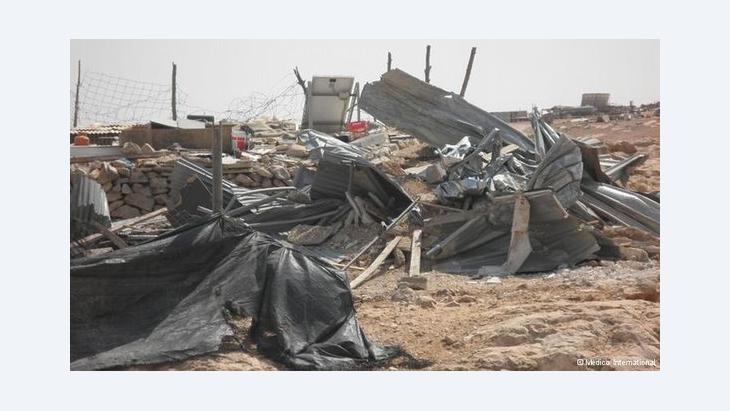 ﻿Solar and wind power plants built using German funds for Palestinian villages in the West Bank face an uncertain future. Israel says they are not authorised and wants them cleared. Report by Bettina Marx

The Bedouins and farmers living in the Southern Hebron Hills are among the West Bank's poorest inhabitants. Their dwellings are usually nothing more than tin sheds, tents or caves. They have no running water and are not connected to the electricity grid.

In spite of that, they have recently had access to electricity for powering light bulbs and refrigerators. This is being made possible by small solar power plants and wind turbines erected for them by human rights activists – using German money. The Foreign Office freed up €600,000 for the project, in addition to funds from donations.

"The idea was to establish regenerative, decentralized energy in the villages, to enable people living there to access power, to bring them into the modern age at last and enable them to stay there," explains Tsafrir Cohen of Medico International. 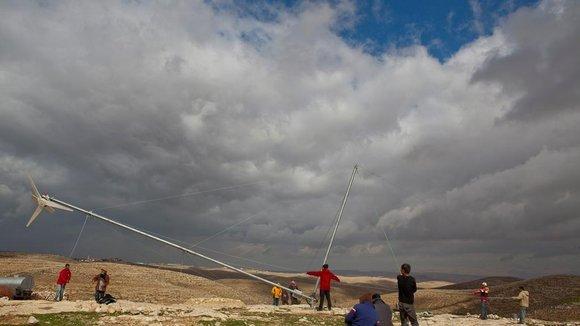 Basic provision through regenerative, decentralised energy: Medico International supports the building of wind and solar power plants in the occupied West Bank providing the local population with access to water and electricity

​​The aid organization supports the project that was initiated by two Israeli activists and which supplies hundreds of Palestinians in the isolated villages of the West Bank with electricity.

No planning permission for Palestinians

But now the scheme is under threat from Israeli plans to clear away the solar panels and wind turbines. Jerusalem says they were built without permission. But it is not possible for Palestinians to obtain planning permission in what is known as Area C. Even 20 years after the start of the peace process, Israeli has not loosened its grip on the region.

As part of that process, the division of the occupied territories into three zones as set down in the 1995 Oslo II agreement was originally intended as an interim solution. Areas A and B, where Palestinians enjoy limited autonomy, include the densely populated areas of the West Bank.

Area C, however, extends over more than 60 percent of the occupied territories and comprises almost all of the region's arable and largely undeveloped land. More than 320,000 Jewish settlers live here, while Palestinian population has decreased to 150,000. 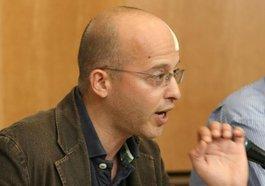 No planning permission for Palestinians: Israel is holding sway in Area C and trying to displace the Palestinian population, says Tsafrir Cohen of the aid organisation Medico International

​​Tsafrir Cohen says this is because Israel is trying to force Palestinians out of these areas. It is a strategy receiving inadvertent support from western donors, whose funds are channelled almost exclusively into Areas A and B, says Cohen.

"Foreign aid gives rise to an attractive infrastructure which in turn attracts people," Cohen explains. This infrastructure includes for example schools, nurseries, community centres and other important public facilities. "For many Palestinians, these are good reasons to move out of undersupplied Area C into the new centres," says Cohen.

However, tough restrictions have been imposed on those who want to stay in Area C despite all the obstacles put in their way by the occupation policy. They are subject to land-use plans dating from the British Mandate era in the 1940s. "New places have sprung up with no development plans. Other places also had no development plans back then. But the Israeli authorities simply refuse to allow anything that diverges from the existing plans from the 1940s," he says.

This means that if a Palestinian wants to build a house, or a local community wants to build a nursery or a health centre, Israel refuses to issue the necessary permits. The same applies of course to infrastructure projects such as wind turbines or solar power plants.

So while the betterment of Palestinian areas is being systematically obstructed, there has been an increase in the number of Israeli settlements hooked up to the Israeli power and water grids, areas with an optimal infrastructure. The road system serving the settlers is also undergoing constant improvements. The Israeli transport minister is even considering a plan to establish a rail network linking up the settlements with key Israeli centres.

All this provides very clear evidence that Israel is planning to annex Area C, says Wafeeq Khaled Ibrahim Alnatour, a political observer from Ramallah. "The Israeli settlement project on Palestinian soil is progressing so rapidly that it is making the two-state solution based on 1967 borders impossible," he fears. His view is that Israel is quite obviously planning to force Palestinians into Areas A and B, in order to then be able to merge with Area C. 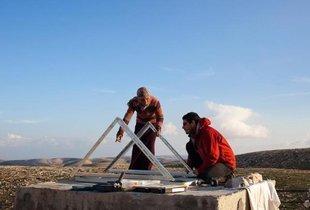 Concern and incomprehension at Israel's plans: A report by European diplomats recommends that the EU should counter the marginalisation of the Palestinians with the targeted funding of projects in the affected zone

Alnatour is appealing to the German government to assert its authority within the EU to stop the displacement of Palestinians from the rural areas of the West Bank.

In Germany, politicians are watching developments in the occupied territories with concern. A foreign ministry spokesman said German Foreign Minister Guido Westerwelle addressed the issue during his last visit to Israel and the Palestinian-controlled areas. The spokesman went on to say that the German government was in close agreement with its European partners on the matter.

Günter Gloser, Middle East expert of the Social Democrats, has also expressed his incomprehension of Israeli plans to tear down the solar plants and wind turbines. In an interview with German public broadcaster Deutsche Welle, he said it was unacceptable, "not just because these were built using German money. We know how difficult it is for the Palestinian population to access water and power. And in this respect, such a move would send out the wrong signal."

Israeli claims that the plants have been built without planning permission do not provide sufficient justification for the clearance plan, says Gloser. After all, he adds, in the Palestinian territories, Israeli settlements have been established that should also not be there. For his party, says Social Democrat Gloser, the two-state solution has always been the only way to resolve the conflict between the Israelis and the Palestinians. Gloser sees no other possibility at present.

Now that he has converted Hagia Sophia back into a mosque, Turkey's president, Recep Tayyip Erdoğan is setting his sights on the Al-Aqsa Mosque in Jerusalem. Joseph Croitoru ... END_OF_DOCUMENT_TOKEN_TO_BE_REPLACED

"Siphr", Naima Shalhoub's first studio album, is a reflection of both the musician's Lebanese background and her commitment to social justice. While each song is a compelling ... END_OF_DOCUMENT_TOKEN_TO_BE_REPLACED

Five years ago, as hundreds of thousands of refugees came to Germany, Chancellor Angela Merkel maintained: "We can do it." How has Germany – and those who sought asylum – managed ... END_OF_DOCUMENT_TOKEN_TO_BE_REPLACED

Heat will kill coronavirus – that was the official line at the start of the pandemic. But this is not the case. Infection rates are currently on the rise, even in the world’s ... END_OF_DOCUMENT_TOKEN_TO_BE_REPLACED
Author:
Bettina Marx
Date:
Mail:
Send via mail

END_OF_DOCUMENT_TOKEN_TO_BE_REPLACED
Social media
and networks
Subscribe to our
newsletter