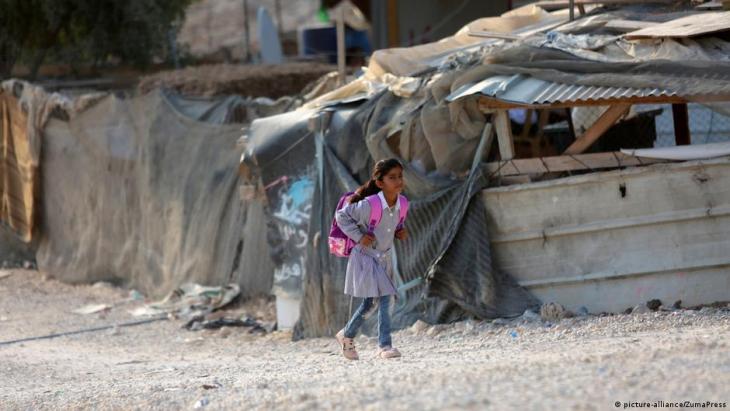 From her tin-roof home in the sweltering Negev desert, Umm Jawad Abu Qwaider offers her bleak assessment of the first Arab party to back an Israeli government – a shoulder shrug. For this Bedouin woman, none of the promises made to her community will translate into reality.

"The promises are all false," Abu Qwaider said. "They are just lies."

Mansour Abbas, leader of the conservative Islamic party Raam and a champion of the Bedouin cause, became a political kingmaker this month by supporting a new coalition to oust Israel's longest serving prime minister Benjamin Netanyahu.

In exchange, Abbas earned a $9.1 billion pledge to tackle inequalities in Israel's Arab community, the freezing of the demolition of houses in Bedouin areas, and government recognition of three Bedouin villages.

The Bedouin belong to the community of Israeli Arabs, descendants of the Palestinians who remained on their land when Israel was founded in 1948.

The vast majority of Israel's nearly 300,000 Bedouin live in the arid Negev in the south of the country, on the fringes of Israeli society.

"We will begin the process of regulating the Bedouin settlements in the Negev, so that Israel's Bedouin citizens can live in dignity," Bennett said in his inaugural speech.

The new prime minister criticised a "lack of governance" in the Negev during Netanyahu's 12-year rule.

Abu Qwaider said she has heard it all before.

"Every time a new government is formed, they talk about it but nothing happens," the 40-year-old said.

Her village of Sawaneen is a cluster of simple houses in the desert scrub home to some 4,000 people.

It is one of 30 Bedouin settlements not officially recognised by Israel, many of which lack basic infrastructure, including electricity and water.

For the 40 percent of the Bedouin who live in such settlements, there is a constant threat of house demolitions or expropriations.

"I cannot explain to the people of the Negev that I will be part of the coalition as bulldozers move towards (their) houses," declared Said al-Kharumi, the only one of Raam's four lawmakers to refuse to join the ruling coalition.

In Rahat, a large Bedouin town with some 90,000 residents, mayor Fayez Abu Souhaiban said he was "cautiously optimistic" about the new government.

"There are agreements, and if the government does not respect them, there will be no more government since any party can reserve the right to withdraw its support," he said.

Abu Souhaiban said that under Raam's deal struck to join the coalition, "the government must recognise three villages within 45 days".

And he warned of plans by the authorities to transfer the inhabitants of the village of Al-Zarnuq to Rahat, where he said people were already crowded as if living in "sardine cans".

The issues of Bedouin rights and their settlements is not new.

The government backed down in the face of furious Bedouin protests.

Still, according to civil society activist Amer al-Hazil, from the Regional Council of Unrecognised Villages of Negev, more than 10,700 houses were demolished in these areas between 2009 and 2019, putting more than 33,000 children at risk of psychological trauma.

"They destroyed the village of Al-Araqeeb more than 150 times. I can't help but wonder: why are they doing this?" said Umm Anas, 42.

"My daughter lives in the unrecognised village of Shaqurat, which has had no water for over a month, so she must come to our house," she added.

"Even if the government wants to put the subject of Bedouin on the Knesset table, the majority (of MPs) are against the Arabs and... the voice of Arab lawmakers is very weak," she said.    (AFP)

More on this topic
Israeli Film ''Sharqiya'': Grappling with the plight of Israel's BedouinsInterview with Chen Alon: Between the linesEscalation in the Middle East: Flare-up between Israel and Hamas paints a bleak picture
Home
Print
Newsletter
MoreAll Topics

END_OF_DOCUMENT_TOKEN_TO_BE_REPLACED
Social media
and networks
Subscribe to our
newsletter