Jafar Panahi's "Offside"
Protected from the Profanities of the Bellowing Fans

The Iranian film "Offside" is about a group of girl soccer fans who smuggle themselves into Tehran's Azadi Stadium, despite the ban on women spectators. Ariana Mirza presents Offside and its director Jafar Panahi

​​She is pretty. Neither a baseball cap nor war paint is enough to disguise her. She has hardly made it into the stadium before being discovered. In an improvised detention room, half a dozen girls are waiting to be transported by the vice squad. These young Iranian women refuse to bow to the absurd ban on female spectators at stadiums.

In Offside, Jafar Panahi tells the conciliatory tale of a brave young woman and a good-natured soldier. The comedy with a double happy end takes place in 2005 during the Soccer World Cup qualification round between Bahrain and Iran.

Although the whole country can be seen united in its hope for victory, women are still not permitted to attend the games. And what is the justification for this discriminatory ban? No one has a convincing answer. Not even the recruits from the provinces, who have been assigned to guard the girls.

Outmatched by their captive adversaries

Jafar Panahi allows his heroines to express themselves in their own words. The film's framework was delineated from the start, but the girls' outrage is real and they all have their own arguments against the ban. "This is absolute nonsense. We are allowed to go to the movies and even sit next to men – in the dark!" 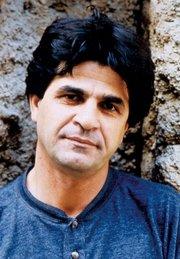 Jafar Panahi's uncritical criticism: The societal circumstances are demasked as preposterous, but no one is explicitly blamed

​​One of the guards shyly responds that women must be protected from the profanities of the bellowing fans, only to get an earful of profanity from one of the detainees, a self-conscious girl from the capital.

His choice of male protagonists also shows Jafar Panahi has a good sense for character. The young amateur performers convincingly convey an attitude towards life that highlights their yearning for the peace and quiet back home on the farm. The young soldiers from the provinces prove to be awkward and reluctant guards of the quick-witted girls from the capital. The naïve country boys are outmatched by their captive adversaries, and not only in their knowledge of soccer.

Offside is a comedy filmed in a neo-realist style. The realistic genre of production has a tradition in Iran going back to the pioneering film work of Abbas Kiarostami. The 45-year-old Jafar Panahi acquired his first feature film experience as assistant director to Kiarostami. The quiet, yet penetrating narrative style of the old master can be observed in all of Panahi's previous films.

In an interview with the press, Panahi made clear just how dependant the development of the film was on real events. "If Iran had lost against Bahrain, I wouldn't have shot the film to the end." That is because the overflowing joy after the winning qualification game was absolutely necessary for the plot. Only the subsequent general delirium on the streets of Tehran makes the happy end of the story plausible.

Jafar Panahi's last film, Talaye Sorkh (Crimson Gold), made in 2003, was not allowed to be shown in Iran. The screenplay for Offside was credited to Shadmehr Rastin, a colleague of Panahi unknown to the censorship authorities. Panahi didn't want to endanger approval for shooting. Now, after the film's success at the Berlinale, the director hopes that Offside will also be seen by the Iranian public.

Panahi declared in Berlin, however, that if the censors mar his film with cuts, he would prefer not to screen the film in his home country.

Offside repeatedly makes clear to the viewer just how important Iran is for Panahi. When, at the end of the film, the Iranian anthem "Oh land of jewels, your soil is the wellspring of the arts" strikes up, remarkably enough, the patriotic emotionalism doesn't seem naïve and artificial, but rather comes across as a solemn declaration of love.

One can only hope that the Iranian censorship authorities judge the patriotic tone of the film as an important point in its favor. This subtle comedy and its unmistakable plea for women's rights should have the chance to be seen in Iran.

Interview Hany Abu-Assad
Shooting "Paradise Now" amid Israeli Rockets
The film "Paradise Now" by Hany Abu-Assad, which was shown in competition at this year's Berlin Film Festival, is the first feature film to take on the theme of suicide bombers. Igal Avidan interviewed the Palestinian filmmaker

Dossier
Iranian Cinema
Iran's film culture has been transformed since the Islamic revolution: from the state propaganda films to today's socially critical productions. We take a look at the various facets and examine its resonance in the West

Drawing on the history of Tehran's Shahr-e No red light district, Nasrin Bassiri describes how prostitution functioned in Iran before the Islamic Revolution. The neighbourhood ... END_OF_DOCUMENT_TOKEN_TO_BE_REPLACED

The Islamic Republic has a strict and often arbitrary system of censoring artistic and journalistic works. An in-depth investigation by writer Alireza Abiz uncovers the details ... END_OF_DOCUMENT_TOKEN_TO_BE_REPLACED

Presenting a more nuanced vision of their common homeland, Iran, to Western imaginations, kindred spirits Omar Khayyam and Maryam Mirzakhani stand out against the twenty-first ... END_OF_DOCUMENT_TOKEN_TO_BE_REPLACED

Iran is far more modern than many people realise: our view is clouded by media distortion and the overriding political narrative. The nation’s historic and cultural riches are ... END_OF_DOCUMENT_TOKEN_TO_BE_REPLACED

In August 1978, four men set fire to the Cinema Rex in the Iranian city of Abadan, killing more than four hundred people inside. The event is said to have started the Iranian ... END_OF_DOCUMENT_TOKEN_TO_BE_REPLACED

Iranian director Manijeh Hekmat expected the production of her latest movie to go ahead as planned – but then she found herself having to improvise. The resulting film is more ... END_OF_DOCUMENT_TOKEN_TO_BE_REPLACED
Date:
Mail:
Send via mail

END_OF_DOCUMENT_TOKEN_TO_BE_REPLACED
Social media
and networks
Subscribe to our
newsletter