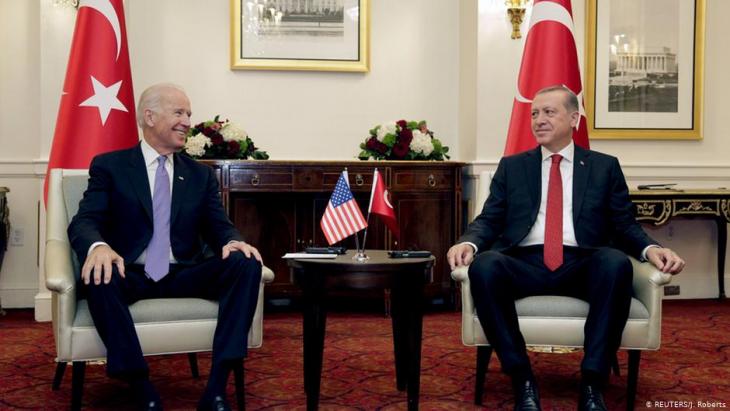 The foreign policy direction favoured by Washington's new incumbent is putting a strain on relations with Turkey. The two nations look set to clash over a whole host of issues, from human rights concerns to the S 400 Russian missile system, Ronald Meinardus writes in his analysis for Qantara.de

Recep Tayyip Erdogan sees himself up there with the giants of global politics, on a level with the likes of Putin, Macron and Merkel – and of course with the President of the United States of America. Erdogan and Trump's male bonding overtures were plain for all to see.

The special relationship had far-reaching implications for Turkish domestic and foreign policy: "The bilateral relationship became so personalised at the leader level that it has been difficult to tease out where U.S. and Turkish government policy stops and the personal preferences of the Erdogan and Trump families begin," is how Turkey specialist Max Hoffmann from the Center for American Progress described the ties.

Since taking office, the new president has been cautious about making any public comments on the subject of Turkey. Biden has so far not sought any direct exchange with his counterpart in Ankara. If Turkish newspaper commentaries are to be believed, this silence is causing irritation at the top level in Ankara. In any case, it is only a matter of time before Biden and Erdogan will conduct direct talks with each other; in the meantime the exchange is happening at a lower level.

Turkish media reported extensively on a telephone call between the new national security adviser Jake Sullivan and Erdogan’s spokesman Ibrahim Kalin in early February. That both sides came away with different readings of the conversation says everything about the state of relations between the two countries.

The election of Joe Biden wasn’t met with outpourings of joy in Ankara – after all, things with Trump had been just fine. Turkey – writes Burhanettin Duran, director of the public thinktank SETA in a recent newspaper article – profited from the turbulences of the Trump presidency more than other nations. Now – the Erdogan confidante sets the course – Ankara is keen "to cement the political and military gains of the past four years through diplomacy". 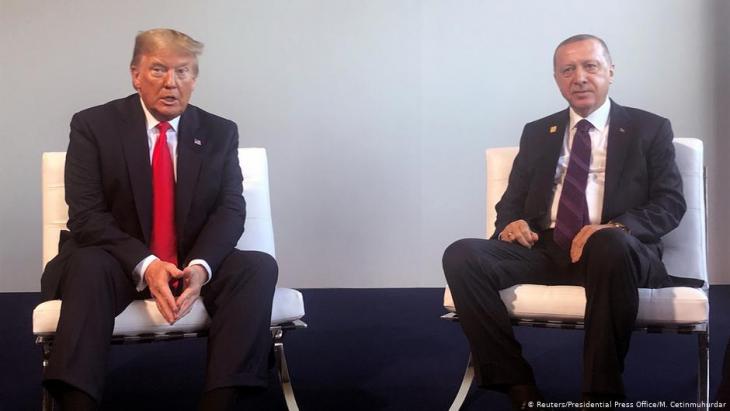 End of a "beautiful friendship": the special relationship between the two statesmen had far-reaching implications for Turkey's domestic and foreign policy, writes Ronald Meinardus in his analysis. The bilateral relationship was so shaped by the personal relationship of the two politicians that it was difficult to determine where US and Turkish government policy ended and where the personal preferences of the Erdogan and Trump families began

Duran names Syria, Libya and the eastern Mediterranean as the international flashpoints that Erdogan could successfully use to advance his power ambitions. The Erdogan apologist Duran admits to something that foreign experts on Turkey have been claiming for a long time: the de facto withdrawal of Washington from the region during the Trump years created the vacuum exploited by the power-conscious Turkish president for his advancement strategy.

In doing so, Erdogan didn’t just make friends. Turkey has rubbed a lot of countries up the wrong way, primarily in the West and including traditional allies of the United States. "Turkey has increasingly found itself on the wrong side of almost all of Washington’s friends," writes Nicholas Danforth in a current policy paper from the Brookings Institution. The U.S. expert draws a grim picture of the state of bilateral relations: "The Turkish government views the United States as a strategic threat rather than an ally, and a growing majority in Washington has come to view Turkey the same way."

Erdogan’s Turkey has an image problem, and not just with members of the Washington thinktank community. When it comes to the question of loyalty, the new U.S. Secretary of State Antony Blinken doesn’t trust Ankara an inch either. During his confirmation hearing in the Senate, he referred to the NATO member as a "so-called partner", thereby unmistakeably questioning Turkey’s credibility as an ally.

"The root of all tensions"

It is indicative of the new style in Washington that Blinken called a spade a spade and avoided diplomatic window dressing. After all, the fact that relations between Turkey and the West aren’t the best right now is not headline news. There’s talk of Ankara drifting away from the western alliance, of a downward spiral almost at its end point, warn political observers.

The process is concerned with fundamental questions far beyond differences over general political issues: "As the world heads towards a multi-polar system, Turkey now pursues an 'independent' foreign policy," Yahya Bostan outlines Ankara’s strategic thinking in a commentary in the pro-government Daily Sabah. "What the U.S. wants from Turkey as a partner is for us to be as dependent as we were in the Cold War," Bostan continues. "The fundamental disagreement is the root of all tensions between the U.S. and Turkey."

Under Donald Trump, Washington mostly left Ankara to its own devices, at any rate there was no discernible attempt to resolve this "fundamental disagreement", or in other words to clarify relations in principle. It can be assumed that the Biden administration will be pro-active on this matter. With regard to foreign policy, the new president has also declared a radical break with the past.

In his first foreign policy keynote speech in early February, Biden may not have said a word about Turkey. But his underlining of democracy, freedom and the rule of law as universal values and guiding principles of American foreign policy provided indications of how his administration also intends to interact with Ankara.

We didn’t have to wait long for decisive evidence of this political change of tack. The harsh Turkish security forces crackdown on students at Bogazici University furnished Washington with the first opportunity to express this new tonality. Early this year, to the annoyance of students and teaching staff, President Erdogan issued a decree appointing a former AKP politician to the post of university rector.

Protests have been ongoing ever since, with arrests and violent clashes between police and demonstrators. Observers are comparing the rallies to the Gezi Park protests of 2013. Back then, widespread opposition to a government construction project initially manifested itself in the heart of Istanbul and quickly spread across the country before Erdogan restored "calm and order" with an iron fist

Education for girls and women is still possible in Afghanistan, says Reinhard Eroes of the Kinderhilfe Afghanistan initiative. In interview with Elisa Rheinheimer, he talks about ... END_OF_DOCUMENT_TOKEN_TO_BE_REPLACED

Locals in the Middle East have said European critics are showing bias and hypocrisy when they condemn Qatar. Observers agree that Qatar has had to deal with more criticism than ... END_OF_DOCUMENT_TOKEN_TO_BE_REPLACED

In Doha, Arabs from Morocco, Tunisia, Egypt and Algeria are gathering to celebrate the first ever FIFA World Cup to be held on Arab soil. The criticism from Europe? Over the top, ... END_OF_DOCUMENT_TOKEN_TO_BE_REPLACED

Canan Topcu came from Turkey to Germany as a child. In her essay, she describes how bothered she was by the racism she encountered in her country of origin when she travelled ... END_OF_DOCUMENT_TOKEN_TO_BE_REPLACED

All organisers use major sporting events like this year’s FIFA World Cup in Qatar primarily to advertise their country and promote a slick public image. This is not something we ... END_OF_DOCUMENT_TOKEN_TO_BE_REPLACED
Author:
Ronald Meinardus
Date:
Mail:
Send via mail

END_OF_DOCUMENT_TOKEN_TO_BE_REPLACED
Social media
and networks
Subscribe to our
newsletter