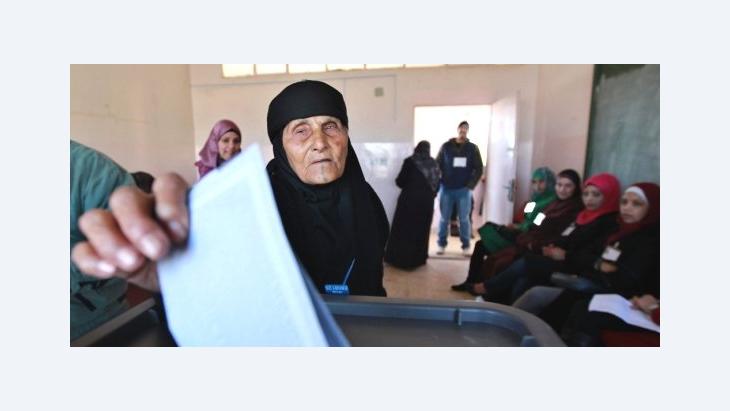 King Abdullah Can Catch His Breath

King Abdullah II emerged as ostensible winner of the parliamentary elections held in Jordan on 23 January. An absolute majority of royalist members in the next lower house of Parliament and a lack of pressure for reform from outside have given the challenged monarch a chance to catch his breath. But the discontent spreading through many parts of Jordanian society could soon cause protests to resume. By André Bank and Anna Sunik

﻿On 23 January 2013, the first parliamentary elections since the beginning of the "Arab Spring" were held in the Hashemite Kingdom of Jordan. As in the previous elections over the last 20 years (1993, 1997, 2003, 2007 and 2010), the vote resulted in a lower house of Parliament that will again consist of an absolute majority of representatives from big Transjordanian families from rural areas who are loyal to the monarchy.

Seasoned politicians including Abdul Karim Dughmi, Saad Hayel Srour and Khalil Atiyeh have managed to regain entry into Parliament and are likely to choose one of their circle as future Speaker of the Chamber of Deputies, the lower house. The conservative tendency was also reflected following the elections in the appointment of former Prime Minister Fayez Tarawneh as new head of the diwan maliki, or royal court.

In contrast to the elections of 2010, however, the loyalists no longer make up 90% but "only" about 75% of Parliament, while around one quarter of the elected members (approximately 37 parliamentarians) are regarded as being independent and critical of the monarch. This group is however very heterogeneous, ranging from left-wing liberal secularists to the moderate Islamists of the Al-Wasat Party, whose Secretary General, Muhammad Al Haj, claims 16 seats for his party – three via the national party list and 13 as independent candidates. 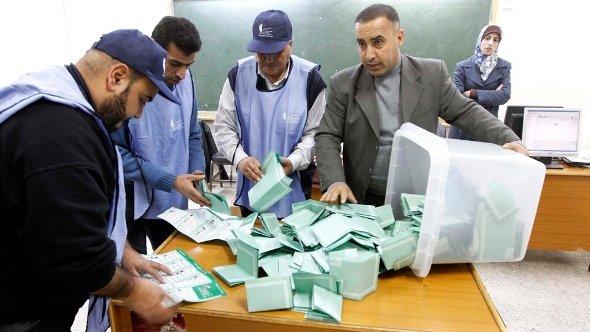 Irregularities in the vote count: While Jordan's electoral commission confirmed the results of the parliamentary poll, it also conceded that there had been some "problems". The Muslim Brotherhood disputed voter turnout figures altogether, claiming the elections had been manipulated

​​The next lower house will also have 19 female MPs, four more than the 15 seats stipulated by the women's quota and more than ever before. With such fragmented political agendas and diverse representation, it is unlikely that an anti-monarchy opposition block will form in Parliament anytime soon.

The politics of numbers

Regular protests over the last two years, and in particular the escalating expressions of dissatisfaction in late 2012, have kept King Abdullah on his toes. The pressure to "deliver" and to confirm his legitimacy with substantial reforms has increased substantially. The elections thus provided a long-awaited opportunity to demonstrate the "success" of the Jordanian development path.

Central to this effort was the surprisingly high turnout of 56.6 per cent – in comparison, in the recent presidential elections in the USA, in 2012, 57.7 per cent voted, and the runoff between Mohammed Morsi and Ahmed Shafik in Egypt attracted 51.9 per cent of all eligible voters. Thus, despite the boycott of the elections by the Islamic Action Front (IAF), the political arm of the oppositional Muslim Brotherhood, and by the new youth movements, more people cast their ballots than in previous elections.

It must be kept in mind, however, that this figure takes into account only the approximately 70 per cent of the population who are registered voters. If turnout is calculated instead based on the number of people eligible to vote (as was the case with the above-mentioned elections), participation would drop to around 40 per cent. Voter numbers have been confirmed by international observers such as the EU election observation mission and the delegation of the American National Democratic Institute (NDI), which did not report any major incidences of electoral fraud. 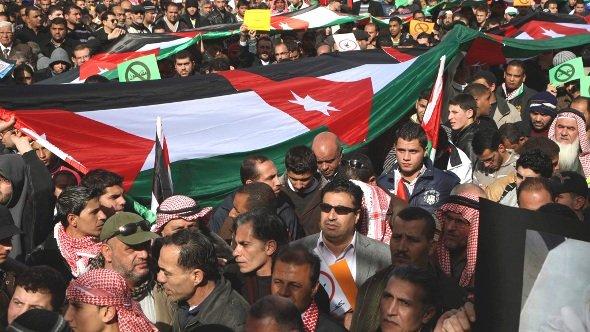 The Jordanian monarchy under pressure: For months now, the opposition has been calling for thorough political reform and measures against rampant corruption in Jordan. There have been repeated demonstrations in recent months against government subsidy cutbacks, rising fuel prices and the nation's prolonged and gloomy economic predicament

​​The opposition Muslim Brotherhood for its part postulates a much smaller turnout and criticizes many inconsistencies on election day, in particular the massive presence of approximately 47,000 security guards at polling stations, several cases of vote buying, as well as the one-hour extension of opening hours at the polling stations.

The Jordanian lower house elections were held under the reformed electoral law that went into effect in June 2012. In addition to an increased women's quota and the admission of international election observers, the main amendments compared to the temporary electoral law of 2010 were a new national party list through which 27 of the 150 members are elected as well as the introduction of an independent electoral commission under the leadership of former Foreign Minister Abdul Ilah Khatib.

Furthermore, the King announced that future prime ministers should be appointed in consultation with Parliament and not chosen directly by the monarch. As long as a royalist majority remains in Parliament, however, this change will scarcely have much impact. These moderate reforms addressed to some degree the widespread criticism of the electoral law of 2010, but the structural problems inherent in the "one man, one vote" system implemented in the 1993 law still remain.

This system makes for an electoral process that tends to strengthen tribalism rather than party agendas. Political parties hence remain largely irrelevant in Jordan. This serves in particular to weaken the Palestinian candidates who compete on party lists. Furthermore, the irregular constituency boundaries that still persist give an unfair advantage to rural Transjordan areas dominated by royalists over the historically government-critical cities of Amman and Zarqa.

The Jordanians of Palestinian origin who are estimated to make up the majority of the country's population live for the most part in greater Amman. What's more, the IAF, Jordan's largest party and the only one with a mass following, has its headquarters and largest supporter base in Amman. Despite the many changes, the results of the election were therefore the same as in the past, merely reinforcing the political status quo.

After the elections, before the protests? 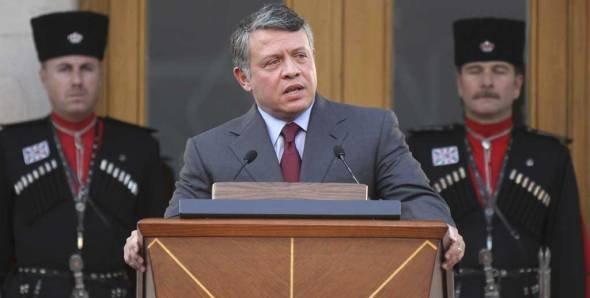 For Abdullah II., the first election since the Arab uprisings began represents an important step in the reform process. But his efforts are not enough for the Muslim Brotherhood. The party boycotted the poll, claiming that the electoral law favoured those loyal to the King. It also demanded the constitution be amended to grant parliament greater powers

​​For the moment, King Abdullah II appears to be the actual winner of the Jordanian parliamentary elections of 23 January. The surprisingly high turnout in spite of all restrictions, the largely positive reports by international election observation missions, as well as the failure of the kingdom's key external financiers – the Gulf monarchies, the USA and the EU – to exert any pressure for reform have given the monarch some political breathing room. But as long as discontent continues to seethe in broad sections of Jordanian society, particularly amongst the younger Transjordanians, new protests can be expected in the near future.

In the short term, they could be triggered as early as February or March by the expected cuts in subsidies for electricity and petrol. In November 2012, similar subsidy cuts for fuel led to massive riots, with the first, albeit isolated, calls for an end of the monarchy. In the medium term, the people of Jordan may very well give vent to their growing frustration if the new government, recruited from the strongest parliamentary faction, fails to master the country's central challenges: political reform, fighting corruption and creating jobs.

Renowned Jordanian Islamic scholar Fehmi Jadaane vehemently objects to the transformation of Islam into an ideology. The religion ends up mired in a political swamp, he says, its ... END_OF_DOCUMENT_TOKEN_TO_BE_REPLACED

Jordan is not only waging a vigorous battle against coronavirus, but also against the Middle East peace plan proposed by U.S. President Donald Trump. By Birgit Svensson END_OF_DOCUMENT_TOKEN_TO_BE_REPLACED

Churches in the Middle East – Coptic, Eastern Orthodox, Maronite – typically share the conservative values of their Islamic surroundings. Yet the resistance of Arab Christian ... END_OF_DOCUMENT_TOKEN_TO_BE_REPLACED

Plagued by troubled state-citizen relationships on the one hand and conflict on the other, states in the Middle East could discover new uses for COVID-19 lockdown measures. By ... END_OF_DOCUMENT_TOKEN_TO_BE_REPLACED

How are people in the Middle East and North Africa dealing with the new coronavirus pandemic? Women from countries across the region, some of them war zones, share their worries ... END_OF_DOCUMENT_TOKEN_TO_BE_REPLACED

While some are beginning to protest the lockdown, others are unable to bury their loved ones in accordance with Islam. Here’s the latest from across the region END_OF_DOCUMENT_TOKEN_TO_BE_REPLACED
Author:
André Bank | Anna Sunik
Date:
Mail:
Send via mail

END_OF_DOCUMENT_TOKEN_TO_BE_REPLACED
Social media
and networks
Subscribe to our
newsletter