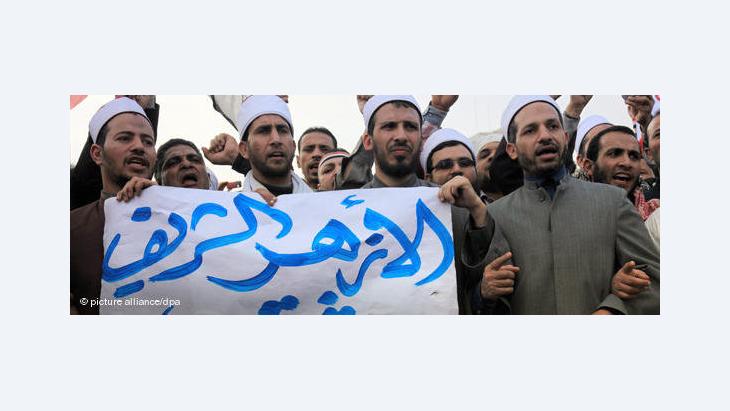 ﻿On the road to democratic and economic development, Egypt faces two major hurdles: endemic corruption, and a deadbeat educational system. But, says Joris Luyendijk, there may be hope from an unexpected corner: Islam

It is by now a cliché that nobody saw the revolts across the Arab world coming. But the opposite is true. The downfall of dictatorial systems of 'government' in the Arab world was widely foreseen and endlessly predicted. Only the timing was not, and could not.

Pretty much every expert, academic or correspondent who spent any amount of time in an Arab police state came to the same conclusion: This system is simply unsustainable. Arabs said the same thing, read the outstanding Arab Human Development Reports, year in year out.

Time bombs do go off but in a police state nobody can see the bomb's clock. So you can't tell how far we are from the explosion. Outsiders can't tell, nor do the people or for that matter the dictator himself.

A growing population, a widening wealth gap, widespread unemployment and ever climbing prices of basic commodities… Every observer in Egypt with an ear on the ground could hear the ticking, but when would enough be enough? Then at long last the explosion came, and everybody was taken by surprise. Even some of the best-informed Cairo-based correspondents had gone off to Tunisia when the Egyptian revolt started. Dictatorships are fundamentally intransparent, that is, they survive partly thanks to their opacity.

And this opacity persists to this day. In the eighteen days leading to the resignation of dictator Mubarak (please don't call him president) Tahrir square filled up with up to two hundred thousand protesters. In a city of 20 million this meant that ninety nine percent of Cairenes did not go to the square. What were their thoughts? We have no idea.

In police states there are no good opinion polls, because they aren't held in the first place or because their reliability must be held in serious doubt – you have to be pretty mad to express your disgust of the dictator freely over the phone to an unseen pollster.

Corruption as a necessity

In those eighteen days of revolt Egyptian State Television went all out with anti-protester propaganda, while Al-Jazeera Arabic made no secret of its sympathy for the uprising. It would have been very interesting to have had reliable ratings; to know how many Egyptians were watching one channel, and how many the other. But such ratings don't exist. 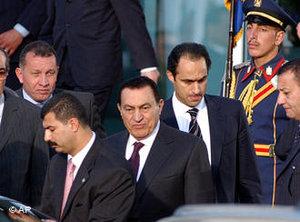 "Imagine how sickening such a world is, where you have to trade your conscience for your daily bread." Under 30 years of Mubarak's rule, corruption has not only become part of the system but the system itself, writes Luyendijk

​​That is dictatorship, and one way of looking at this uprising is to see it as an attempt by Egyptians to discover who they really are, as individuals and as a people. For that to happen they need the rule of law, freedom of expression and association and all these other rights that we in the West have gotten so used to that we no longer notice that they are there, underpinning our very sense of security and intellectual integrity.

Where from here? Given the opacity of dictatorships and post-dictatorships, it would be presumptuous (and silly) to start predicting away. But it may be useful to identify some of the constraints that will define the playing field for any democratic alternative. In the mid 90s I studied at the all-Egyptian University of Cairo and I learnt two things that may prove relevant in the months and years to come. First is that in a police state like Egypt corruption is not an option. It is a necessity, an inescapable coping mechanism.

A third world government like Egypt's simply lacks the funds to pay its civil servants, judges, policemen, doctors, teachers or professors a living wage. So these poor people – in both senses of the word – must find other ways of supplementing their income. The teacher sells good grades, the doctor sells a place on the waiting list, the public prosecutor sells a prosecution. Imagine how sickening such a world is, where you have to trade your conscience for your daily bread.

Policemen assigned to busy intersections are expected to extort drivers, then give part of their extra 'income' to their superior, who passes part of it on to his superior, all the way up in a pyramid of blackmail. The problem in poor police states is not that the system is corrupt. The problem is that corruption has become the system. Overhauling all requires not only a complete change in mentality, it also requires the Egyptian government to pay the sort of salaries that at the moment it simply cannot afford. 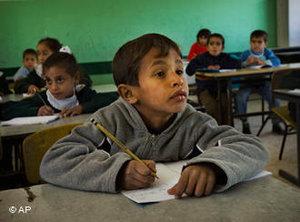 A decades-long force-fed diet of misinformation, conspiracy theories and propaganda: Egypt's education system is a serious impediment to democratic development in the country, says Joris Luyendijk

​​This may change with economic growth but here constraint number two kicks in. Development is predicated on an educated workforce. But in the past decades Egypt has had 'education', the way it had a 'president' or a 'parliament'.

The faculty of Economics and Political Science that I was studying at in Egypt was the most prestigious Arab language faculty in the country, a training ground for future diplomats. Even here the educational model was almost exclusively authoritarian rote learning. The professor recited, the students took down and memorized, and then reproduced literally at the exam.

Here too, corruption ruled, where good professor with Islamist tendencies were sidelined, and students with powerful connections got very good results. At other faculties there were hundreds and hundreds of students to a classroom and people learnt virtually nothing useful. The problem with the generations thus 'educated' will not be unemployment. It will be unemployability.

Add to this a decades-long force-fed diet of misinformation, conspiracy theories and propaganda and it is far from sure that democratic elections will produce victory for democratic platforms.

Hope from an unexpected corner

These are very real constraints. Police-states foster mentalities and mind-sets that do not disappear overnight. But there may be hope from an unexpected corner: Islam. A little reported feature of the Egyptian dictatorship in the past decades was its unholy alliance with the conservative religious establishment – not to be confused with the fundamentalists. 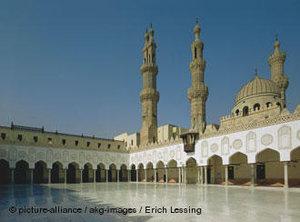 Fatal liaison of religion and politics: Were Egypt to develop a system that separates mosque and state, this is bound release a riveting wave of debate and intellectual development, Luyendijk argues. Pictured: courtyard of Al-Azhar University

​​It boiled down to this: the dictator would not challenge the traditional clergy's monopoly on the interpretation of Islam. In exchange that clergy would not challenge the dictator's monopoly on the levers of power. The result was asphyxiated religious discourse in Egypt, and truly vicious prosecution of anyone who argued for a reinterpretation of Islam. This was all the more disastrous for Islam because Egypt is home to the mosque and university of al-Azhar, probably the most important centre of Sunni Muslim learning in the world.

Were Egypt to develop a system that separates mosque and state and that guarantees freedom of expression and political association, this is bound release a riveting wave of political and religious soul searching, debate and intellectual development. A reinvention of the faith is not part of the protesters' program, framed as it is around economic and constitutional issues. But it may be its most important and hopeful outcome.

﻿Joris Luyendijk has worked as news correspondent for various Netherlands-based media organisations in the Middle East for a number of years. He was based in Egypt, Lebanon, and the Palestinian territories. He also reported on the Second Gulf War in Iraq. His book "Het zijn net mensen" (2006, They are just like people) is a report of his experiences as a news correspondent in the Middle East, and quickly became a bestseller in the Netherlands. It was translated as "Hello, Everybody" in the UK (2010) and "People like us – Misrepresenting the Middle East" in the US (2009).

Moncef Marzouki was Tunisia's first democratically elected president after the fall of dictator Ben Ali. Today he is the most prominent critic of increasingly counter- ... END_OF_DOCUMENT_TOKEN_TO_BE_REPLACED

Asef Bayat, professor of Sociology at the University of Illinois, Urbana-Champaign, has been studying revolutions and how they affect people since 1979. In his recent book, " ... END_OF_DOCUMENT_TOKEN_TO_BE_REPLACED

Every year in December, the team at Qantara.de takes a look back at the articles that proved most popular with our readers. This year is no different. Here is a run-down of the ... END_OF_DOCUMENT_TOKEN_TO_BE_REPLACED

In this new bilingual edition, translated by Humphrey Davies, al-Jawbari, one of the thirteenth century's leading experts in skullduggery reveals all there is to know about the ... END_OF_DOCUMENT_TOKEN_TO_BE_REPLACED

Moroccan sociologist Fatima Sadiqi believes that women's movements in North Africa have changed over the past ten years. Today, women from all social classes are fighting together ... END_OF_DOCUMENT_TOKEN_TO_BE_REPLACED

Ankara is seeking to improve its relations with several states in the Middle East – such as the United Arab Emirates, Egypt and Israel. There are several reasons for this. ... END_OF_DOCUMENT_TOKEN_TO_BE_REPLACED
Author:
Joris Luyendijk
Date:
Mail:
Send via mail

END_OF_DOCUMENT_TOKEN_TO_BE_REPLACED
Social media
and networks
Subscribe to our
newsletter