A Manifesto for Strong Arab Women

The Lebanese journalist and poet Joumana Haddad has written a provocative and highly subjective book about herself, her image of women, and the political problems of the Arab world as a whole. Plenty of subjects for a 120-page book, which is nevertheless well worth reading, writes our reviewer Stefan Weidner 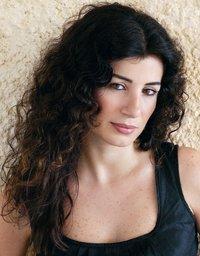 Taking an assertive stand: Joumana Haddad aligns herself neither with Western cultural chauvinists nor with Islamist ideologues

Recently published in English and German, the forty-year-old Lebanese writer's "confessions" are more of a J'accuse than a Confessio. The book is a brief, wild trip of a read, turning our image of the Arab world on its head. 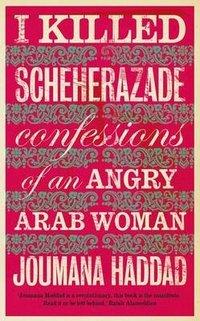 ​​ Joumana Haddad explains her courage as a journalist through her own biography. Yet the book is more than a description of Haddad's self-liberation and more than a refutation of Western clichés of the oppressed Arab woman. It is above all a call to arms against the dominant structures in the Arab world, mercilessly exposing their hostile stance to women and the body.

Written with equal measures of lifeblood and anger, the essay is almost torn in two, however, by the dialectic between individual liberation and societal oppression. On one hand, Haddad paints a portrait in the autobiographical sections of a liberated woman who knows no taboos, while on the other hand bemoaning the fact that these taboos cannot be overcome.

On one hand Haddad is justifiably outraged at Western clichés, while on the other hand having to admit that many of these clichés hold true, and all women in the Arab world suffer from them, especially the writer herself. On one hand she rightly demands enlightenment for her own society, while on the other hand rejecting the disdainful view from the West that dismisses the Arabs as hopelessly unenlightened.

Faith in the freedom of the individual

Joumana Haddad takes an assertive and intrepid stand in her book, aligning herself neither with Western critics of Islam nor with Arab-Islamic apologists. It is confusing at times, yet all in all a refreshingly impartial take on the subject, particularly as Haddad makes no secret of her own confidence and mission. 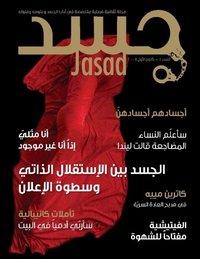 A joyful countering of all the Middle Eastern taboos concerned with bodies and sexuality: Cover of Joumana Haddad's magazine Jasad

​​ Her pride in being an attractive, financially independent, free, highly educated, well-travelled and fashion-conscious woman who enjoys life, this pride is present in every line, granting the book a yes-we-can optimism that never pales, even in the face of descriptions of a painful childhood during the Lebanese civil war and the disheartening state of the Arab world as a whole. It is an optimism that thrives on an unshakable faith in the freedom of the individual to choose her own destiny.

That is the strength, but also the limitation of this essay. As much as Haddad voices criticism of the political circumstances in the Arab world, her perspective of the problems remains apolitical. Her assumption that the liberation of Arab women can take place independently of social and political, and above all economic conditions, is naïve.

What the book lacks is what it deliberately makes no attempt to be: a deeper analysis of the parameters of Arab societies. As such, the book is well worth reading as an autobiographical essay by a fascinating individual.

Online Sex Shop for Muslims
Sharia-conform Eroticism from Amsterdam
Abdelaziz Aouragh opened the world's first halal shop for sexual enhancement products. It is but one indication that many young Muslims are charting their own course in managing adherence to a faith whose sexual morals historically have been interpreted by arch conservatives. James M. Dorsey reports