Skip to main content
Journalists in Afghanistan under Duress

Is Karzai Sacrificing the Freedom of the Press?

The freedoms that independent media in Afghanistan have struggled to achieve over the past few years are now melting away like snow in the sun, writes Martin Gerner from Kabul 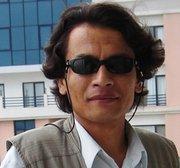 Kamran Mir Hazar criticizes the machinations of those in power. The 31-year-old journalist was recently arrested on the street by agents of the Afghan secret police

​​"The conditions of my imprisonment were those of a small-scale Guantanamo," said Kamran Mir Hazar, "with four persons crammed into a dark 2-by-3 meter cell, without any contact to the outside world, and no access to a lawyer."

The 31-year-old journalist and author was recently arrested on the street by agents of the Afghan secret police. There was no arrest warrant or official reason. Only through pressure exerted by national and international organizations (including Reporters without Borders) was he released.

On his Internet site (www.kabulpress.org), Mir Hazar criticizes the machinations of those in power. A current article deals with the generous extra salaries given to ministers and parliamentarians. The author also confronted Tom Koenigs, the German UN Special Representative for Afghanistan, with accusations of fraud and false accounting of UN funds within his own organization.

Journalists in danger of their lives

His Internet forum, which not only features articles by Mir Hazar, but also critical writings from intellectuals, authors, and readers, receives up to 50,000 hits a day. Mir Hazar's misfortune is that both critique of the government and the free shaping of public opinion on the Internet is viewed as a thorn in the eye by influential members of the Afghan government, especially when they themselves are the object of criticism.

However, the situation of the media in Afghanistan is not only characterized by kidnappings and executions. Two journalists were murdered in early June in Kabul and in a neighboring province.

One of them, Zakia Zaki, had received numerous death threats, but she still defended the educational and women's programs of her radio station "Sadays Solh" (Voice of Peace) in the face of hostile reaction. She was shot to death in her sleep at home on June 5.

"Journalists a greater danger than the Taliban"

Especially under threat are those Afghan journalists who work for foreign colleagues. In March, the Afghan government managed to negotiate the release of the Italian reporter Daniele Mastrogiacomo in exchange for a number of Taliban militants. His Afghan colleague Ajmal Naqshbandi, however, was killed. Many Afghan journalists regard this as an act of betrayal. The government may indeed have saved the life of a foreign reporter, but not that of a local journalist. 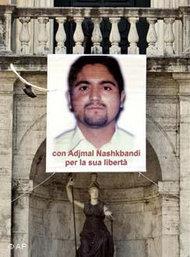 In March, the Afghan government managed to negotiate the release of the Italian reporter Daniele Mastrogiacomo. His Afghan colleague Ajmal Naqshbandi (pictured), however, was killed

​​"It is a misunderstanding to believe that the Taliban is behind most attacks against journalists," explained a official from the UN who deals with the situation of threatened journalists in the country. "On the contrary, the danger often comes from the other side."

Abdul Karim Khurram, Afghanistan's Minister for Information and Culture, formerly a party supporter of the fundamentalist Gulbuddin Hekmatyar, recently asserted that journalists pose a greater danger than the Taliban.

The freedoms that independent media in Afghanistan have struggled to achieve over the past few years are now melting away like snow in the sun. "It becomes more difficult each day," says Massoud Qiam from Tolo TV. A climate of fear prevails among Afghan journalists. Self-censorship is widely practiced.

This is not without good reason. In June 2006, the Afghan secret service sent a 24-point list to all journalists with an order not to conduct interviews with the Taliban or to use the term "warlord." Many journalists have not let themselves be intimidated, yet the unseen pressure remains.

As well, the new media law, which still must be signed by President Karsai, provides ample means to prevent critical reporting. Conservative MPs in the Afghan Parliament have actively supported respective changes of the law. The media commission, which is supposed to assess infringements on press freedoms, is just full of ministers and government officials. Journalists, on the other hand, are hardly represented. The commission is a farce.

Even President Hamid Karsai no longer publicly champions the cause of imprisoned journalists as he once did years ago. Are freedom of the press and freedom of speech no longer a priority for him then? Analysts say that due to pressure from conservatives within parliament and his own cabinet Karzai is now acting much more cautiously. The situation is not hopeless but it is critical, not least because of the performance of international actors.

And what of the West? On occasion, the United Nations, diplomats, and aid organizations in Kabul demand that freedom of speech and the press be defended in Afghanistan. From time to time, they offer only half-hearted assistance. The impression given is that Afghan civil society must, for better or worse, come to grips with the situation itself.

Donor countries have furthermore decided to reduce financing aid for independent media in Afghanistan. "From 2002 to 2006, we spent a total of 7.5 million euros in support of public and private media in Afghanistan," said Mario Ragazzi from the EU Commission in Kabul. "For the next three years, assistance will only be provided to the state broadcaster RTA." Even US Aid, the American development assistance service and the largest source of financial help in Afghanistan, has adopted a similar position.

Lately, a small Afghan blogger scene has established itself. The case of Kabulpress.org is symptomatic. Yet, the political environment for journalists remains problematic for the foreseeable future. According to a prominent civil society activist, "Afghanistan is currently developing into a dictatorship. When the government and the warlords no longer adhere to the law, things will become very difficult."

END_OF_DOCUMENT_TOKEN_TO_BE_REPLACED
Social media
and networks
Subscribe to our
newsletter