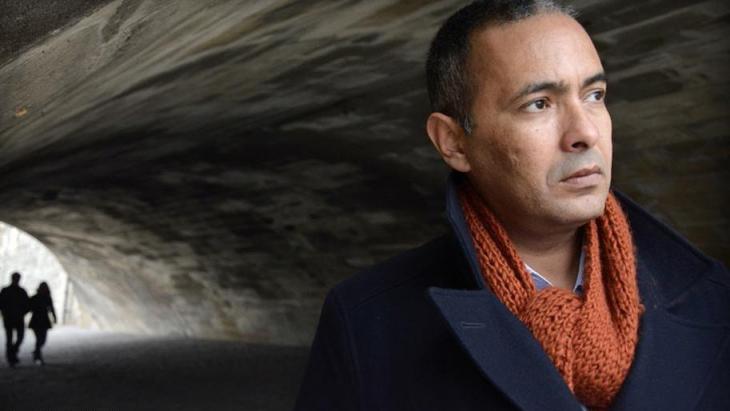 Algeria and a patriarch's dying throes

"Zabor", the new novel by Algerian star author Kamel Daoud, tells the story of the outsider Ismael, who discovers poetry as a means of survival. Stefan Weidner sees parallels in the novel with the situation in Algeria following the ousting of Bouteflika

His first novel, and his critical words about Islam following the shocking events of New Year’s Eve 2015/16 in Cologne, turned the Algerian author and journalist Kamel Daoud (born 1970) into an international star intellectual almost overnight.

But he had made a name for himself long before his first novel was published in 2013, with leading articles in the Quotidien d’Oran, the daily newspaper for the coastal city in western Algeria. Fans of Albert Camus will be familiar with Oran as the setting for his novel The Plague. The Algerian-born Camus and his most famous work, The Outsider, also became Daoud’s point of reference for his successful debut The Meursault Investigation.

In it, Daoud tells the story of the Arab whom the outsider, Meursault, murders by mistake. Meursault is put on trial twice, but he is convicted not for the murder of the Arab (a mere trifle from the perspective of the colonial rulers) but for his inability to form attachments and his lack of love for his mother. Really, he is condemned for being an outsider in his own society.

Daoud’s novelistic riposte plays with the post-colonial change in perspective and tells the same story from an Algerian standpoint. The point here is that the Algerian narrator is also an outsider in his society, an alcoholic who hates his mother and who also becomes a murderer by mistake. Algerians and Frenchmen can wage war and despise each other all they like; as individuals, they can be kindred spirits on a higher level, in existentialism, if they resist the pressure to conform exerted by their respective societies. 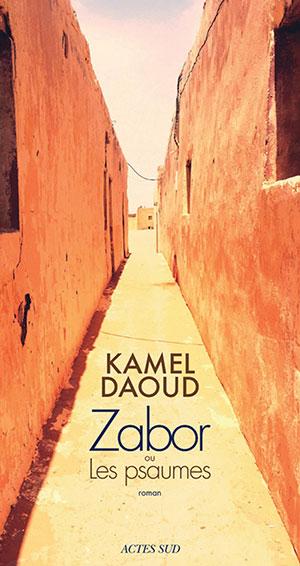 A parable of contemporary Algerian society: Kamel Daoud has penned a powerful novel about home and family, the power of religion and an all-consuming passion for the written word, which can be anything – instrument of oppression, means of liberation...

Ismael, the narrator of Daoud’s second novel Zabor, is another outsider, ostracised within his own village. His mother died giving birth to him and his father has a new family, so he lives with his unmarried aunt Hadjer.

His father, a rich cattle-trader and amateur slaughterer, is one of the village patriarchs, whose name – and how could it be otherwise – is Ibrahim, the Arabic version of Abraham. In the Bible and in the Islamic tradition, too, Abraham also casts out his servant Hagar (Hadjer, in Arabic) and their son Ismael.

This reference to stories from the Bible and the Koran is surprising for an author known for his criticism of religion. But even in The Meursault Investigation, the narrator is called Haroun (Aaron) and his brother, the Arab murdered by Meursault, is named Moussa (Moses).

If Daoud is a critic of religion, then he is a critic more deeply entangled in religion than most of its opponents are. But this entanglement – and how to escape it – is central to the plot of Zabor.

Zabor is a kind of autobiography, except that it is elevated to a symbolic level and devoted to the intimate fantasy world of the writer. Even so, here, too, there is the famous autobiographical pact, the moment in the book where hero and author meet: "Zabor", the novel’s title, is the Arabic word for "psalm" and, as we know, King David is the author of the biblical psalms. In Arabic, David is Daoud, like the author. In this book, poetry and imagination are more important than the story. Readers who embrace this fact will be richly rewarded.

Ibrahim, the father, is on his death bed, and Ismael has become obsessed with the idea that his writing can prolong life. Ink is blood and as long as it flows onto the page, blood will keep flowing, too – the whole of existence, in fact.

According to traditional Muslim beliefs, on the other hand, everything has been predetermined since ancient times and the book of fate was written long ago: "the reed pens have been lifted and the pages are already dry," an old Muslim legal scholar says.

With his writing, Ismael wants to turn this process round again. And if he has to compete with Allah, well, tant pis! The first word spoken to the Prophet Muhammad was "read!" – but Ismael asks: "Why wasn’t the angel’s first word 'write'?"

The Algerian state's insufficient response to a recent spate of femicides has driven hundreds of women to defy coronavirus lockdown restrictions to take part in street protests, ... END_OF_DOCUMENT_TOKEN_TO_BE_REPLACED

EU parliamentarian Dietmar Koester criticises the Union's failure to speak up when faced with human rights abuses committed by its Middle Eastern allies, while pointing out that ... END_OF_DOCUMENT_TOKEN_TO_BE_REPLACED

On the 10th anniversary of the Arab Spring we can’t quite escape that substance called remembrance. Yet, eschewing facile modes of nostalgic remembrance and/or tragic lamentation ... END_OF_DOCUMENT_TOKEN_TO_BE_REPLACED

In her third and most recent novel, Paris-based Algerian author Kaouther Adimi writes almost prophetically about a rebellion by a handful of children against the rigid and ... END_OF_DOCUMENT_TOKEN_TO_BE_REPLACED

Mass protests began in Egypt on 25 January 2011. They triggered the overthrow of long-time ruler Mubarak. Ten years later, many human rights activists and journalists are in ... END_OF_DOCUMENT_TOKEN_TO_BE_REPLACED

END_OF_DOCUMENT_TOKEN_TO_BE_REPLACED
Social media
and networks
Subscribe to our
newsletter