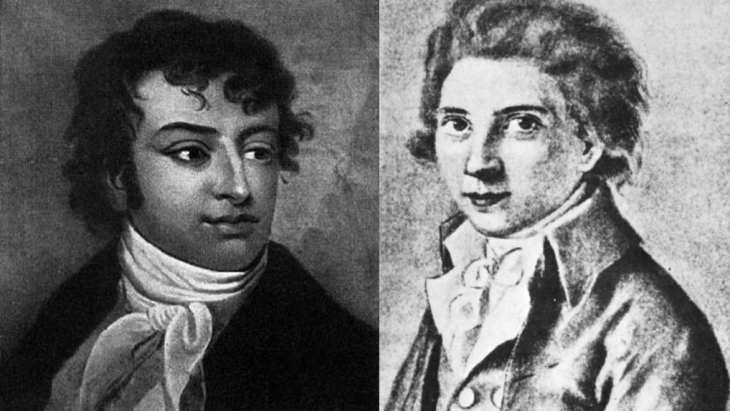 All their lives, the early Romantics and classical philologists Karl Wilhelm Friedrich Schlegel (1772-1829) and August Wilhelm Schlegel (1767-1845) saw the Orient as a source of literary and cultural enrichment for Europe. By Melanie Christina Mohr

The intellectuals, says the sociologist Jurgen Habermas mockingly, have left the debate over Europe to the administration experts and politicians. When it comes to defining the European idea, in particular, opinions differ – mainly among politicians, according to Habermas. But intellectual and cultural engagement in this project is non-negotiable. Particularly on questions such as the extent to which Islam is or should be a part of this socio-cultural European framework, or how far the roots of a European idea are tied to Christian Western culture.

At present, this is another question where the East functions as the confrontational counterpart from which we must isolate ourselves. But the situation Habermas is lamenting was a source of indignation as far back as the early Romantics. The brothers Friedrich and August Wilhelm Schlegel saw distancing the discussion from the political level and the intervention of the intellectuals as one of the fundamental steps in the debate on the formation of Europe.

The Schlegel brothers were less concerned with the role of religion and more with the strengthening of education; all the same, the overlap lies in the fundamental understanding of the issue, in seeing "the other" – the Orient – as an engine rather than a threat. The two classical philologists and Indologists wanted to see their endeavours become the foundations of a broad-based education system. It was clear to both of them that knowledge could only be enhanced by going beyond geographical borders and a healthy European mind would only be developed from a global understanding.

Even if when Friedrich Wilhelm Schlegel spoke of the Orient, he drew largely on the Indian subcontinent and regarded Sanskrit as the proto-language – though today we know it developed from Indo-European – he still shared the idea held by his contemporaries Goethe and Schiller, that the source of human creativity lay in the East and should therefore be closely tied to the general knowledge of a modern society.

The Orient as model

An engagement with the source of human productivity – the Orient – was an essential prerequisite for the Schlegel brothers′ personal cause: literary Europeanisation. But the East was seen here not merely as an origin, but as a model. Thus Schlegel remarks: "If the Orient is the region from which the regeneration of humankind is to come, then Germany must be seen as the Orient of Europe." 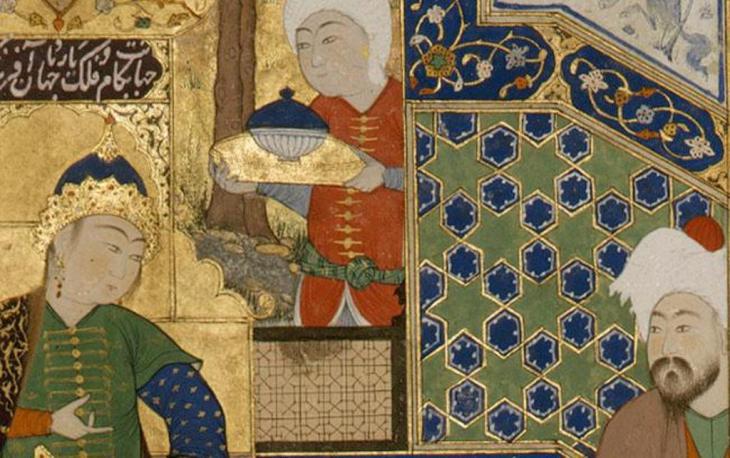 August Wilhelm saw an urgent need to overcome an opposition in the nature of the Occident, whose "artificial character" had to be broken through. The Orient, by contrast, was distinguished by its natural, original character: "What in the Orient springs complete from the source with undivided power, is divided here"

Schlegel′s conclusion by analogy rests on the fact that German poets and thinkers in this period distinguished themselves by producing exceptional translations. Anyone who wanted to be counted among the noteworthy writers of the late 18th century mastered the philological craft and distinguished himself with precise translations of foreign literature.

The aim was not to distance oneself from the foreign, but to broaden one′s own horizons. An awareness of the Orient′s higher originality changed the Schlegel brothers′ philosophical and historical estimation, not just of the past, but also of their own time. August Wilhelm saw an urgent need to overcome an opposition in the nature of the Occident, whose "artificial character" had to be broken through. The Orient, by contrast, was distinguished by its natural, original character: "What in the Orient springs complete from the source with undivided power, is divided here."

The wellspring of Romance

Friedrich Wilhelm Schlegel, probably the most exceptional proponent in the area of Indology, made a remarkable impact with his work "On the Language and Wisdom of the Indians" (published in Heidelberg in 1808). The book′s effect lay in the fact that its author did not allow himself to be completely taken in by the interests of Greek language and culture, but saw "the first source of all ideas and spiritual development, in short the whole of higher human culture [...] indisputably in the Orient." His wanted his three hundred-page monograph to be seen as an invitation to engage with "the human intellect′s oldest way of thinking".

The literary critic′s personal vision, gained through the study of old Indian and Persian texts, led him to celebrate not only the corpus of texts that he meticulously translated and analysed, but also to declare the place in which they were produced to be a model – something that becomes clear in the debate on the formation and realisation of the European idea.

He undoubtedly valued the artistic character of Greek education and poetry, though he underlined that "all of Greek mythology" should be understood as an attempt "to reproduce the lost, oldest revelations of humankind". He believed that everything in man originally came from a single source – the Orient. As he summed up in a letter to Tieck in 1803: "I have gained a different view and insight into many things since I have been able to draw upon this source."

Home
Print
Newsletter
More on this topic
150th anniversary of Friedrich Ruckert′s death: Forget Goethe, read RuckertGoethe and the Orient: Why did the poet's mind wander to far-off climes?The Oriental adventures of Hermann von Puckler-Muskau: Prussia's favourite dandy
Related Topics
Education, History of the Near and Middle East, Literature, Places of Dialogue, Travels in the Orient
All Topics

Education for girls and women is still possible in Afghanistan, says Reinhard Eroes of the Kinderhilfe Afghanistan initiative. In interview with Elisa Rheinheimer, he talks about ... END_OF_DOCUMENT_TOKEN_TO_BE_REPLACED

We are in favour of human rights. But One Love armbands are self-righteous and ignore some fundamental issues. Stefan Buchen examines the debate surrounding the World Cup in Qatar END_OF_DOCUMENT_TOKEN_TO_BE_REPLACED

In Doha, Arabs from Morocco, Tunisia, Egypt and Algeria are gathering to celebrate the first ever FIFA World Cup to be held on Arab soil. The criticism from Europe? Over the top, ... END_OF_DOCUMENT_TOKEN_TO_BE_REPLACED

Canan Topcu came from Turkey to Germany as a child. In her essay, she describes how bothered she was by the racism she encountered in her country of origin when she travelled ... END_OF_DOCUMENT_TOKEN_TO_BE_REPLACED

All organisers use major sporting events like this year’s FIFA World Cup in Qatar primarily to advertise their country and promote a slick public image. This is not something we ... END_OF_DOCUMENT_TOKEN_TO_BE_REPLACED

A leading light of Israeli theatre, Ofir Henig has directed the Israel Festival and is the only female director to have been awarded the Israel Theatre Prize. These days, however ... END_OF_DOCUMENT_TOKEN_TO_BE_REPLACED
Author:
Melanie Christina Mohr
Date:
Mail:
Send via mail

END_OF_DOCUMENT_TOKEN_TO_BE_REPLACED
Social media
and networks
Subscribe to our
newsletter