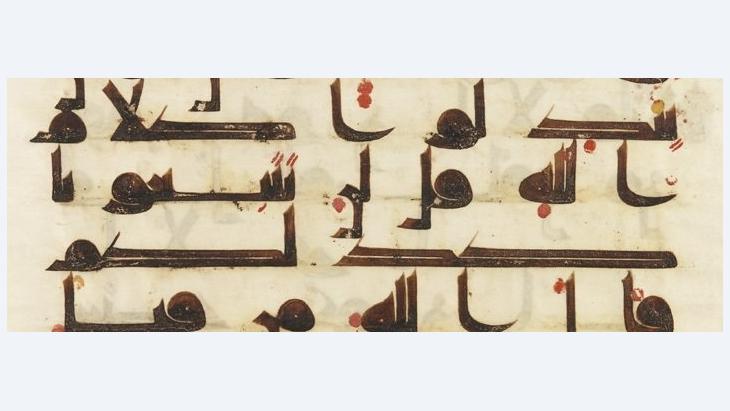 The Reader Maketh the Book

﻿According to Angelika Neuwirth, in view of the fact that the European and Islamic traditions have different understandings of the Koran, it is the job of Arabists to translate between the cultures

The more the community of Muslims and non-Muslims in Europe grows closer together, the more urgent it becomes to impart a sound understanding of the Koran to Western readers. This is why Arabic Studies – a text-based discipline that deals with the literary documents of Arab culture – now faces new cultural translation tasks. After all, texts continue to shape large areas of the collective consciousness.

This is especially true of the Koran, which is repeatedly presented as the key witness in cases where political decisions have to be made in both the East and the West. Basic research into the Koran is also significant for the debate about topical political questions concerning identity: how foreign or how European is the Koran? Can it be a relevant text for both non-Muslims and Muslims alike? 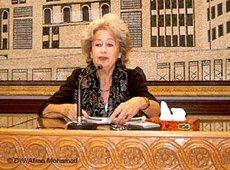 Angelika Neuwirth is an expert in Religious Studies and Arabic Studies and former director of the Orientinstitut (Oriental Institute) of the Deutsche Morgenländische Gesellschaft (German Oriental Society) in Beirut; she is now head of the Corpus Coranicum research project

​​To this day, the Koran is all too readily seen as an exclusively "Islamic text". When viewed from a historical perspective, this is not the case: the oral proclamation by the Prophet Muhammad was not aimed at Muslims – there were no Muslims at the time – but at an audience that can best be described as "the intellectuals of the Late Antiquity".

In the Late Antiquity, people of all religions discussed universal questions such as the image of God, life after death, and the meaning of sacrifice. These debates between people of different cultures, linguistic groups and religious groups left a visible mark on the Koran. The Koran addresses the very questions that were being discussed in Judaism and Christianity. Moreover, as far as its sacred coding is concerned – the Koran is not considered a worldly, but a divine text that comes straight from God – it is clearly in the tradition of the other religions' reading of scripture.

A new voice in the debates of the Late Antiquity

By providing new answers to universal questions, the Koranic proclamation became a new voice in the concert of debates that raged in the Late Antiquity in the same way as the simultaneous Jewish and Christian traditions did. The Koran is comparable with the New Testament; both are exegetical texts dating from the pluri-cultural period that was the Late Antiquity and both are a continuation of the Hebrew Bible. The Koran is, therefore, part of an era that is now generally seen as a formative period for later Europe.

However, it is not enough to simply explain why the Koran is closely linked to Europeans. The other urgent demand made on Arabic Studies is to integrate the Islamic tradition of Koranic studies into Western teaching. In Islam, the Koran is embedded in a tradition of interpretation that goes back many hundreds of years, a tradition that is now only selectively acknowledged in Europe.

Although Western research is interested in the results and the socio-political background to the Islamic interpretation of the Koran, the methodology used for Koranic interpretation in the West is not seriously being examined to determine whether it is suitable for a contemporary study of the Koran. In terms of methodology, Western Koranic research exclusively adheres to the tradition of European hermeneutics. For this reason, the Koran is interpreted in the East and in the West according to the standards of two very different systems of comprehension.

In order to characterise the differences, one must first realise that the esteem in which the handed-down text form is held in the East and in the West is completely different. The Koran is much more significant to Muslims than the Bible is to Jews or Christians.

In Islam, the influential power of the Koran in the liturgy as a phonetically present "body" can only be compared with the presence of the Word of God, which became incarnate in Christ. Thus the Koran transcends its written character in its physical phonetic manifestation.

This is a completely different approach to the one adopted by Western linguistics and literary studies, which advanced the secularisation of religious texts in particular with the breakthrough of the historical critical method in the nineteenth century.

It was out of this tradition – which, when applied to the Bible in particular, turned religious texts into historical texts – that the West's critical Koranic research emerged. Right from the word go, its focus was historical, which also meant that it was constantly at risk of seeing the Koran as nothing more than a reprocessing of older Biblical texts. This risk still exists to this day. 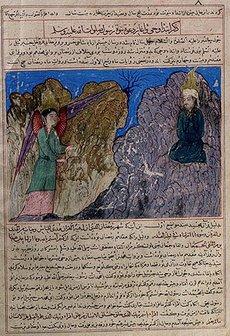 "Read in the name of your Lord Who created. He created man from a clot." Neuwirth uses sura 96 to highlight the different approaches to interpreting the Koran. According to Neurwirth, the Koranis closely linked to those traditions that played a major role in the emergence of European religious cultures

​​Let us take sura 96 as an example. The opening verses of this sura read as follows: "Read in the name of your Lord Who created. He created man from a clot." The Islamic tradition interprets these lines as being a reference to a key event in Muhammad's life.

It is said that he became the Prophet when the Angel Gabriel appeared to him and urged him to read from a banderole. According to the Islamic interpretation of these verses, the imperative "read" can be understood as a reference to this revelation scene. After five verses, sura 96 focuses on the story of a person disturbing a prayer service. This is not compatible with the scene describing the calling of the Prophet and remains disregarded.

Critical Koranic research, on the other hand, identifies a theme in the first verses that is standard in the Hebrew bible: "Recite". For these scholars, it is a call to all faithful to praise God through recitation. According to this interpretation, these verses are followed by two typically Koranic styles of text: a lament about pride and a series of rhetorical questions about the offensive event of a prayer service being disturbed by a proud person.

According to this interpretation, the sura is no more than one of many instances that illustrate both the necessity and the difficulty of spreading the divine message. When read in this way, a comparison can be made with other suras and their chronological position within the entire proclamation can be determined. This is not of interest to the Islamic reading of the Koran, which sees the Koranic revelation as a continuum that does not reflect a historical development, even though individual verses are linked to specific episodes in the life of the Prophet.

In other words, the references are different: Western Koranic research focuses on the structural rules of the Koran and searches the Koran for phrases found in the Bible in order to embed the proclamation in its historical religious context. The Islamic tradition explains the verse in isolation on the basis of scenes from the Prophet's life in order to explain the key event that was the revelation, as it is understood to be in hindsight.

The uniqueness of the Koran

Despite these different ways of reading the Koran, reputable Koranic researchers in both the East and the West seek to achieve something similar, namely to make the full meaning of the text accessible. In Islam, one speaks of the "inimitability of the Koran", of its literary and religious "uniqueness".

The historical approach, on the other hand, speaks of the "firstness" of the Koran, of the new aspect that it brought to the culture of debate in the Late Antiquity. Both approaches can be complementary. The borders between these two approaches, which have often been wrongly identified as something that divides two civilisations, have yet to be investigated as a future field of research.

By way of preparation for this new situation, a text-based discipline such as Arabic Studies must seek to "translate" the Koran for a Western audience and to explain it to Western readers. After all, the Koran is not something "foreign". It is closely linked to those traditions that played a major role in the emergence of European religious cultures.

Because the Koran aligns itself with the Biblical tradition, non-Muslims cannot view it with apathy. Instead, it deserves – just like the Byzantine and Jewish traditions – to be acknowledged at last as a legacy of the Late Antiquity to Europe.

Angelika Neuwirth (b. 1943 in Nienburg/Weser), is Professor of Arabic Studies at the Freie Universität Berlin (Free University of Berlin). She is also head of the Corpus Coranicum research project at the Berlin-Brandenburgische Akademie der Wissenschaften (the Berlin-Brandenburg Academy of Sciences and Humanities).

The disappearance of Razan Zeitouneh and her colleagues has been one of the greatest mysteries of the Syrian war – until today. DW's investigative unit hunted clues across six ... END_OF_DOCUMENT_TOKEN_TO_BE_REPLACED

Muslims in Europe regularly experience threats, witness attacks and are the target of hate across national borders. Now the Council of Europe, the continent's leading human rights ... END_OF_DOCUMENT_TOKEN_TO_BE_REPLACED

The West is pulling out of Afghanistan after 20 years, but the conflict remains – and the Taliban are stronger than they have been for a long time. And now? The renowned Taliban ... END_OF_DOCUMENT_TOKEN_TO_BE_REPLACED

United States and NATO troops are leaving Afghanistan after 20 years, despite the fact that the Taliban is still advancing. The German Bundeswehr is already out. Sandra Petersmann ... END_OF_DOCUMENT_TOKEN_TO_BE_REPLACED

END_OF_DOCUMENT_TOKEN_TO_BE_REPLACED
Social media
and networks
Subscribe to our
newsletter