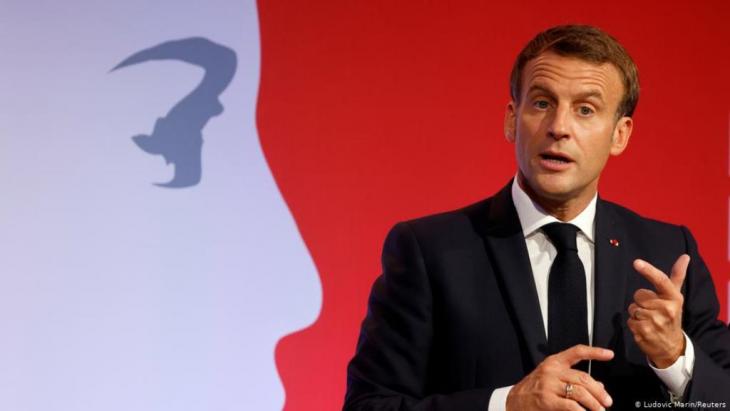 In the wake of the brutal murder of teacher Samuel Paty, France has cracked down on suspected Islamist radicals for promoting "hatred and violence". President Macron needs to be tough, yet patient and persuasive, says Barbara Wesel

In late September, France was shocked by a knife attack outside the former offices of the satirical journal Charlie Hebdo in Paris. After a few months of calm, Islamist terrorism had returned to haunt the country.

Soon after, President Emmanuel Macron held a long-planned address in which he outlined new measures to tackle radical Islam. It was a nuanced speech, without far-right or Islamophobic rhetoric. But Macron knows that he has to take up the fight, considering some 250 people have fallen victim to Islamist terror attacks in France over the past five years.

The recent murder of Samuel Paty, a teacher in a north-western suburb of Paris, brought new evidence that an Islamist underground has managed to take hold in France and evade the state.

Macron has described the phenomenon, which has spread since the attack on the World Trade Center in New York in 2001, and with the rise of the "Islamic State" group and other terrorist organisations and authoritarian Islamist governments in the Middle East, as "Islamist separatism".

Among these are Turkey, where President Recep Tayyip Erdogan uses religion as an instrument of repression to maintain his power. It is in states such as these that terrorists find protection, as well as ideological support.

With his recent tough stance on Erdogan's aggressive activity in the eastern Mediterranean, Macron has shown that he understands the global context. Nevertheless, he must concentrate on leading the fight on French soil. 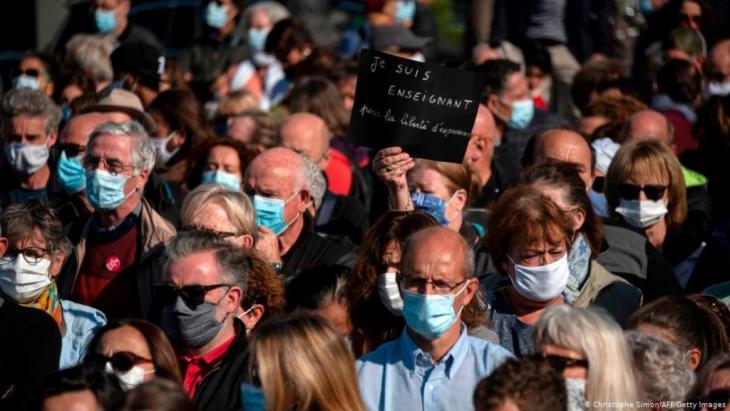 Leading the fight on French soil: much of what the government is now doing is right. Muslim preachers must complete their training in France and all children, including Muslim children, must attend state-registered schools from the age of 3. Foreign Islamist hard-liners have been deported, while cultural and religious associations that tolerate violent preachers face strict monitoring

And much of what the government is now doing is right. It has stipulated that Muslim preachers must complete their training in France and insisted that all children, including Muslim children, must attend state-registered schools from the age of 3. Foreign Islamist hard-liners have been deported and cultural and religious associations that tolerate violent preachers in their ranks are to be strictly monitored.

This has nothing to do with Islamophobia – these organisations have had plenty of time to stop the tolerance or support of violence in their ranks.

Tough measures only go so far

However, a tough political stance is only one means of fighting the Islamist parallel society that has developed in some of France's larger cities and found resonance among some of its migrant population. These measures will only find success in the short term, appeasing voters worried about these issues.

Observers from across France's political spectrum know that the problems run much deeper. Macron has addressed two of the causes quite openly: France's unresolved colonial history, in particular the Algerian War, as well as the social and economic misery that permeates many French suburbs.

The French state created these "ghettos" and it is partly responsible for the fact that "separatism" seems to have taken root here. It will take generations to get rid of it and this won't happen with pressure, but with money, education, housing and infrastructure – the list is endless. In 1995, the French film La Haine created a furore with its depiction of life in the suburbs. Late last year, the release of another film, Les Miserables, showed that little seems to have changed in the last quarter century. 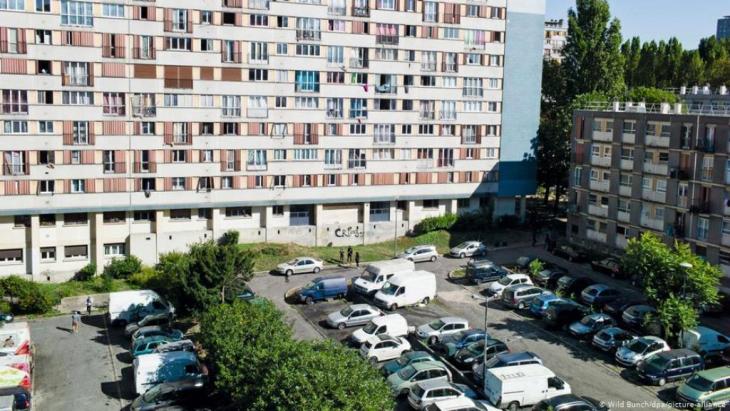 Roots of the problem run deep: experts regard France's failure to address its colonial history, in particular the Algerian War, and the social and economic misery prevalent in many French suburbs as two principal causes. "Macron will need to be patient and persuasive, tough and supple if he is to gain ground in this fight. France has suppressed this issue for too long. But it's not up to the head of state alone – all of France has to confront the mistakes of the past," says Barbara Wesel

The suburbs represent a major challenge for Macron, who could be up for re-election in April 2022. He could launch an honest confrontation with the problems of the past and though this might cost him votes on the right, it would also be an important challenge for the president.

The rigid secularism of the French state, where religion is completely excluded from the public sphere, has also contributed to the combative debate. On the one hand, the government rightly expects everyone, including the Muslim population, to adhere to the country's laws and cultural norms. On the other hand, there is little space for religious expression in public life. Perhaps France's political class has to ask itself whether it makes sense to venerate a secular tradition in a multi-ethnic, multi-faith present.

But there's also the failure of organised Islam in France – the number of victims of Islamist terror in France in recent years prohibits any other excuse. There are admirable preachers in France who are fighting for tolerance, but there is also an underground network of Salafist hard-liners and others who propagate violence against "non-believers". Just a look at the social media accounts of those involved in the murder of Samuel Paty makes one's blood run cold.

Macron will need to be patient and persuasive, tough and supple if he is to gain ground in this fight. France has suppressed this issue for too long. But it's not up to the head of state alone – all of France has to confront the mistakes of the past.

The book "The Invention of the Maghreb: between Africa and the Middle East" prompts us to review basic terminology. This includes terms that we use almost every day as if they are ... END_OF_DOCUMENT_TOKEN_TO_BE_REPLACED

Asmaa al-Atawna's debut novel "Missing Picture" has been published in German translation (Keine Luft zum Atmen – Mein Weg in die Freiheit). In it, she describes life in Gaza from ... END_OF_DOCUMENT_TOKEN_TO_BE_REPLACED

Lebanon was long viewed as the Switzerland of the Middle East. Until relatively recently, billions were deposited in its banks. Gulf states were among the foremost investors in ... END_OF_DOCUMENT_TOKEN_TO_BE_REPLACED

To celebrate the bicentenary of the deciphering of the Rosetta Stone, the British Museum is running an exhibition entitled "Hieroglyphs: unlocking ancient Egypt" until February ... END_OF_DOCUMENT_TOKEN_TO_BE_REPLACED

Since Russia invaded Ukraine, Europe has been trying to find alternatives to Russian gas, inevitably zeroing in on the Arab Gulf states. In his commentary, Yemeni politician ... END_OF_DOCUMENT_TOKEN_TO_BE_REPLACED

Nouara may be 65, but she is ready to join thousands of others who burn their ID and pay traffickers for the chance of a new life in Europe. Zineb Bettayeb reports END_OF_DOCUMENT_TOKEN_TO_BE_REPLACED
Author:
Barbara Wesel
Date:
Mail:
Send via mail

END_OF_DOCUMENT_TOKEN_TO_BE_REPLACED
Social media
and networks
Subscribe to our
newsletter