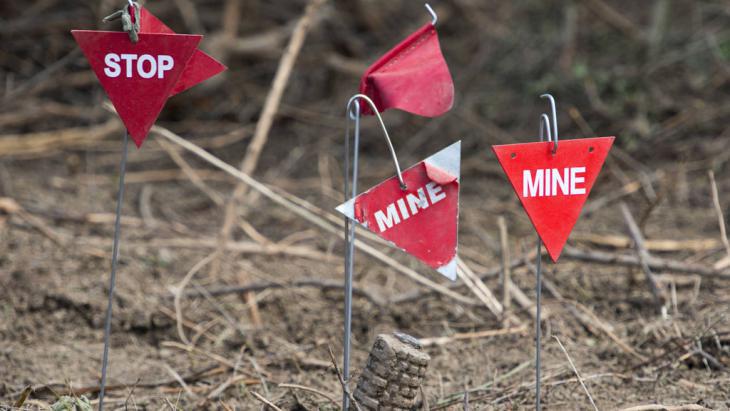 Landmines left over from the colonial era are still claiming victims in Algeria. For 50 years now, those affected have been fighting for recognition as war invalids, which France still denies them. By Susanne Kaiser

"A 14-year-old girl on holiday with her parents in Beni Ksila, 200 km east of Algiers, stepped on a landmine while picking figs in the family's orchard. The child's condition is no longer critical, but she has lost a leg." For over 50 years now, sad reports like this one in "El Watan" on 23 August 2007 have been quite common in Algerian newspapers.

Algeria has been a mined country since the Second World War. But the landmines and their victims are, for the most part, a legacy of the colonial era, or more precisely of the Algerian War. As the French slowly withdrew between 1956 and 1962, they heavily mined the border areas with their lost protectorates in Morocco and Tunisia in order to shield Algeria, the last French colony in the Maghreb, from the inside.

Mines were also used during the Algerian Civil War of the 1990s. Nearly three million were still in place at the beginning of the millennium, as recorded, for example, by the 2013 "Landmine Monitor Report" published by Human Rights Watch, Handicap International and other organisations.

Algeria originally had to deal with around 11 million landmines. Official records show that since then, over 4,000 people have lost their limbs, been blinded, lost their hearing or been severely traumatised after taking a fateful step. Victims' associations assume that the number of victims is far higher, up to 80,000. The fatalities, whose number is estimated to be another 40,000, do not appear in the official statistics. 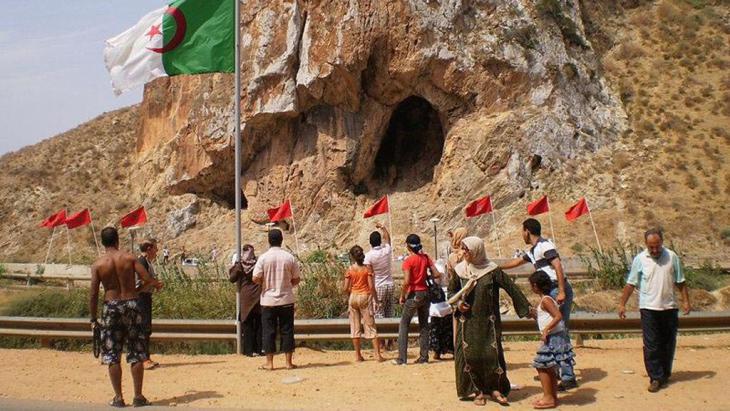 Mined territory: during the Algerian War, France mined the border area separating Algeria from both Tunisia and Morocco by creating buffer zones along both borders. These buffer zones were protected by barbed wire, electric fences, landmines and guard towers

Every two hours, a person steps on a landmine somewhere in the world. In most cases it is a civilian; in half of them, a child. The tragedy in Algeria is that many of the more than 4,000 accidents could have been prevented if France had disclosed sooner – or at all – the exact locations of the mined areas.

After gaining independence, Algeria was left to cope with the gargantuan task of clearing the mines on its own – without adequate technical equipment, expertise or specialists trained for the job. The only information available to the Algerian clearance teams was the fact that mines had been laid along the so-called Morice and Challe lines. Algeria being the largest country on the African continent, it was like searching for a needle in a haystack.

The Morice and Challe lines (sometimes known together as the Morice and Challe line because they overlap in parts) get their names from the men responsible for them, former French Defence Minister André Morice and General and Supreme Commander Maurice Challe. The two military strategists ensured that the borders with Tunisia and Morocco were impassable by creating huge buffer zones. Barbed wire, electric fences, landmines and guard towers stretched over hundreds of kilometres from north to south on each line.

Together, this corresponds to a strip of land approximately the length of the former border between East and West Germany, which was almost 1,400 kilometres long. However, this inner-German border was secured by "only" 1.2 million mines, while in Algeria, the number was nearly ten times as high. In this way, the French strove to prevent the foreign-trained resistance fighters of the National Liberation Front (FLN) from crossing the borders during the Algerian War of Independence.

After independence, two special units trained with the help of the former Soviet Union tackled the Sisyphean task of clearing the mines. Over a period of 25 years, the two clearance teams defused some eight million mines. Algeria would probably be mine-free today if their work had not been interrupted by the "Black Decade", the Algerian Civil War that raged in the 1990s between Islamists and government troops.

Clearance operations were not resumed until 2004, after Algeria ratified the Ottawa Convention to ban anti-personnel mines at the end of 2001, thereby committing itself to clearing the mines. The work is scheduled to be completed by 2017. Although France is also among the 162 countries that have thus far signed the Ottawa Convention, its co-operation with Algeria has been sluggish. 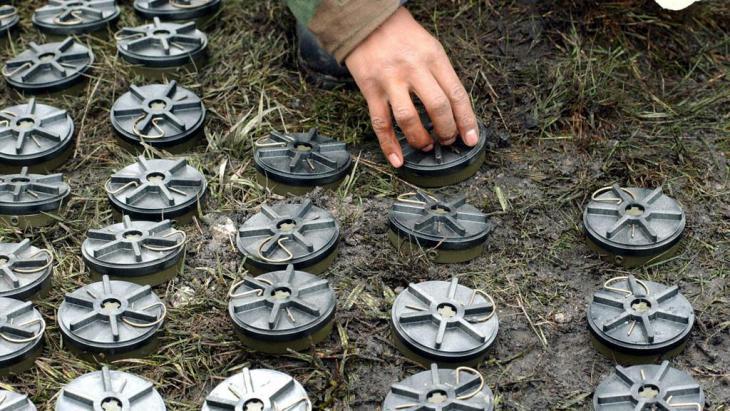 According to the International Campaign to Ban Landmines, antipersonnel landmines were used by most armed forces of the world up until the 1990s. "Civilians account for 70 to 85 per cent of casualties. This is not just during a conflict – most of the countries where casualties are reported are at peace," says the campaign on its website

France's selective way of coming to terms with the past

It was not until 2007 that the former colonial power could bring itself to hand over to Algeria a map of the anti-personnel mines on its territory. Unfortunately, the map hardly contained any new information, as senior military advisors indignantly noted. These same advisors also pointed out that after nearly half a century of erosion and the effects of weather, the locations of the landmines had changed, rendering the documents useless.

For France, helping to clear the landmines is tantamount to admitting its guilt, and it is widely known that the country has difficulties coming to terms with its colonial past. This is why the Algerian War is sometimes referred to as the "war without a name", a reference to the four-hour 1992 documentary entitled "La guerre sans nom", by Bertrand Tavernier and Patrick Rotman.

Also in 1992, the famous historian Benjamin Stora examined the repression of the Algerian War in the French collective memory in his book "Gangrene and Oblivion" ("La gangrène et l'oubli"). The country thus first began to grapple with its colonial history in the context of the intellectual debate.

Mined relations between Algeria and France

To this day, mine victims and their loved ones are still struggling for recognition and compensation – both of which France denies them, remaining faithful to its policy of disowning the atrocities committed during the colonial period. Regional associations are thus tasked with supporting the Algerian mine victims on behalf of the Defence Ministry, working together with international NGOs such as Handicap International. Victims are, for example, given schooling and educational opportunities befitting their disabilities.

It is possible to write about the Holocaust and the crimes of colonial powers without downplaying anything. In her latest book, Charlotte Wiedemann focuses on the numerous blind ... END_OF_DOCUMENT_TOKEN_TO_BE_REPLACED

For the first time since 1989, Algeria‘s authoritarian regime has sent a military parade marching through Algiers. A formidable show of strength designed to impress rival regional ... END_OF_DOCUMENT_TOKEN_TO_BE_REPLACED

Algeria‘s regime is again cracking down on anti-fracking activists and the unemployed in the country‘s south. Yet EU countries remain keen to scale up their energy cooperation ... END_OF_DOCUMENT_TOKEN_TO_BE_REPLACED

Algeria's decision to unilaterally sever diplomatic ties with Morocco in August 2021 – days after the presidency announced in a statement their relations would be reviewed – was ... END_OF_DOCUMENT_TOKEN_TO_BE_REPLACED
Author:
Susanne Kaiser
Date:
Mail:
Send via mail

END_OF_DOCUMENT_TOKEN_TO_BE_REPLACED
Social media
and networks
Subscribe to our
newsletter