Despite the civil war in its past, Beirut is struggling back to its former beauty. Restaurant owners like Kamal Mouzawak are part of that transformation. He unites cultures and religions around the dining table. Impressions by Michael Marek 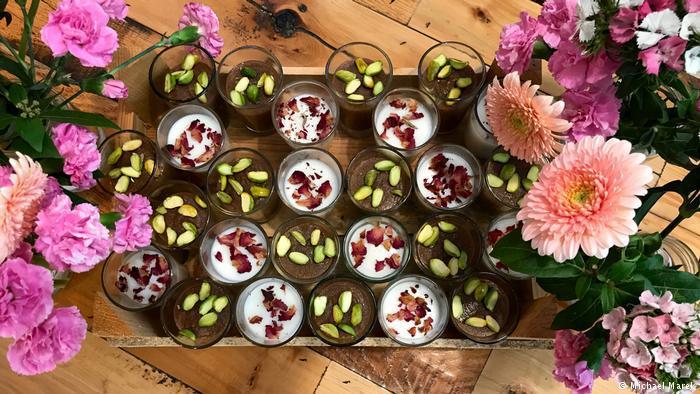 Bon appetit! In a country that spent decades locked in conflict along ethnic and religious lines, food and cooking is a first step towards overcoming those barriers, says Mouzawak. After all, food brings all kinds of people together. That′s why Mouzawak′s motto is: Make food not war! 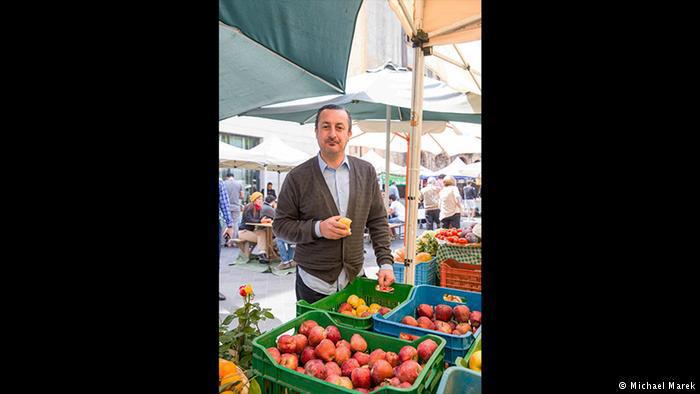 Apples and peace: Kamal Mouzawak has had enough of his country′s civil war history. The tall 48-year-old son of a farmer is something of a never-tiring peace activist. He helped found the international slow food movement and has opened a very special restaurant between the Corniche and downtown Beirut 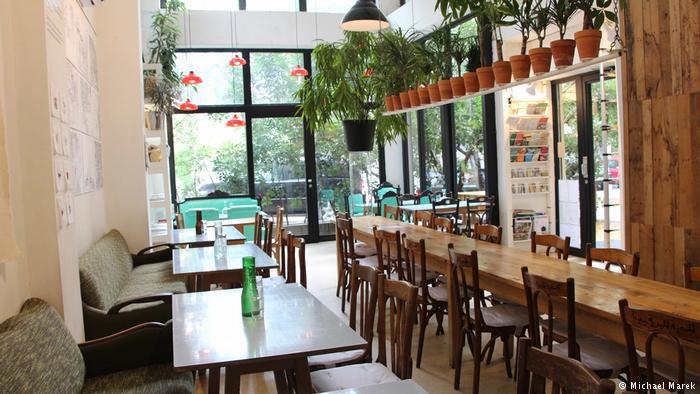 Dinner′s ready: the restaurant′s name "Tawlet" is the Arabic word for table. But it′s more than a gourmet temple. The idea is to sit together at the kitchen table and eat "Mama′s cooking", says Mouzawak, who previously worked as a journalist and a TV chef 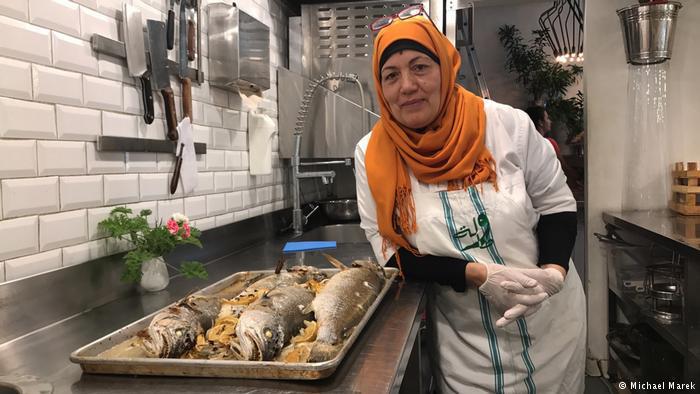 Changing places – the concept: every day a different woman cooks the typical dishes of her village or town, six days a week, from a pool of 50 women from various regions of the country. They′re not only Lebanese women, but also refugees from Palestine and Syria 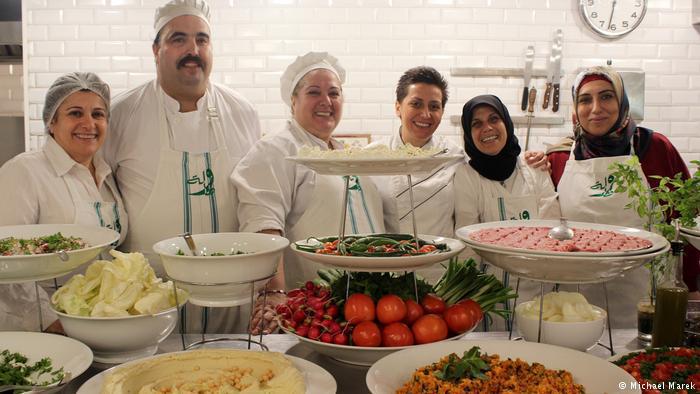 Men in supporting roles: Kamal Mouzawak has a simple explanation for why only women cook at his restaurant: "Men like to make cooking into a show!" Women are different, he says; "they′re so skilled and clever, feeding their families day in, day out" 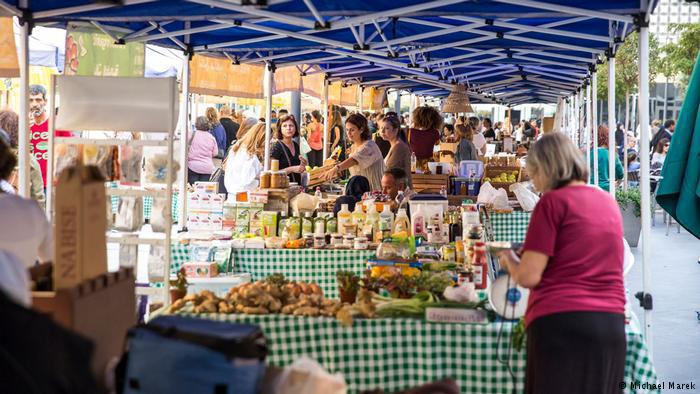 At the Souk el Tayeb: it all began in 2004, when Mouzawak organised a weekly farmer′s market in the centre of Beirut, the Souk el Tayeb. The project was ridiculed at the start, but now the market is an institution, where organic products from various regions are sold directly to shoppers 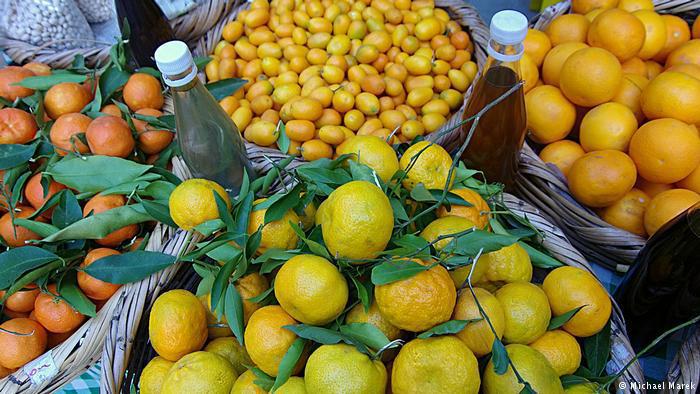 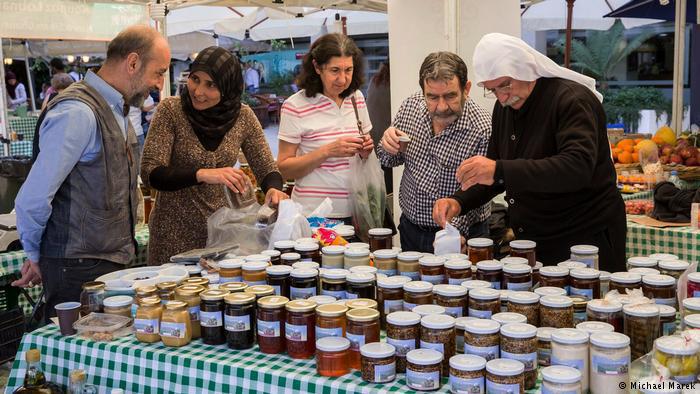 Diversity unites: Muslims, Christians, Palestinians and Druze set up their stalls side by side every Saturday – peacefully and with the same thing in mind: selling the food they′ve produced 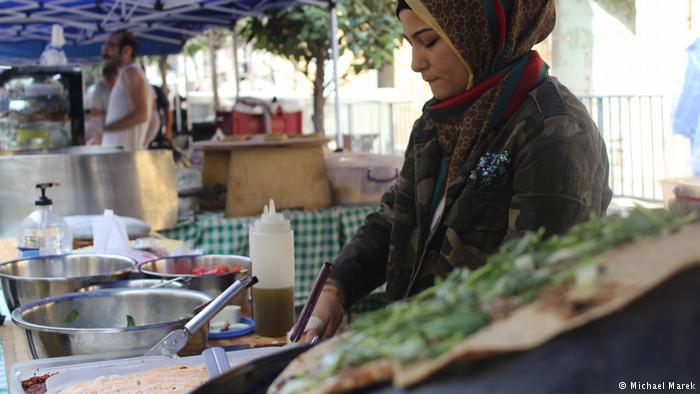 Cooking to survive: under the name "Ayatab Zaman" (delicious past), Mouzawak has also launched an initiative for Syrian refugee women. They cook traditional Syrian dishes to earn money, which their families depend upon to survive. The project is supported by the UNHCR, the UN refugee agency, among others

END_OF_DOCUMENT_TOKEN_TO_BE_REPLACED
Social media
and networks
Subscribe to our
newsletter