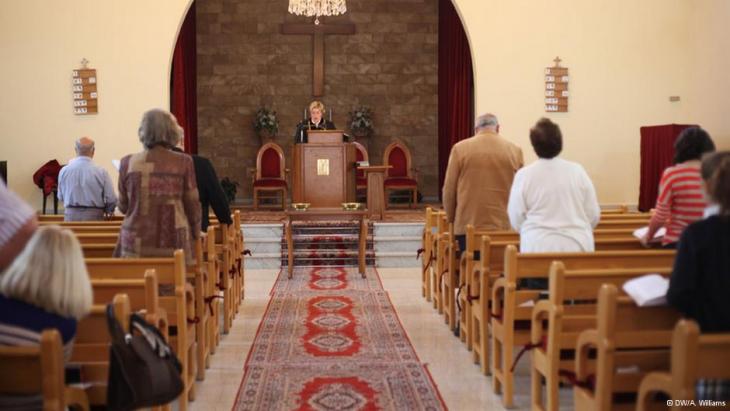 "The fact that I am a woman was never a problem"

In Lebanon's northern city of Tripoli, an Evangelical community has decided to break with tradition and elect a woman as their pastor. The small parish has come to appreciate Rola Sleiman in trying times. By Andreane Williams in Tripoli

Sitting in her white Mercedes, Rola Sleiman makes her way through the Sunday traffic of Tripoli. A tentative calm has fallen over the streets. But the heavy army presence in and around the city reminds residents of the recent violence. "We couldn't come to church last Sunday. Protesters were throwing Molotov cocktails at the army from the roof of the church," says Rola, as Michael Jackson's "Heal the World" wafts from the radio.

The 38-year-old is Lebanon's and – as far as she knows – the Middle East's only officially appointed female pastor. Since 2005, she has been in charge of all affairs related to the Tripoli Evangelical Church, part of the National Evangelical Synod of Syria and Lebanon. She can perform the same tasks as any ordained priest, save for sacraments.

Although Sleiman is aware that she is paving the way for other women, she says this opportunity came into her life by accident, when the pastor of her church left for the United States. "I had the same degree as him, in theology, so I decided to take over, as an interim pastor. As time passed, I gained the trust of the church-goers and they suggested I become their official pastor. I think this was the key to the success of my appointment. People knew me personally and trusted me. The fact that I am a woman was never a problem," she explained as she prepared her sermon for the day's church service in her office in the basement of the church. 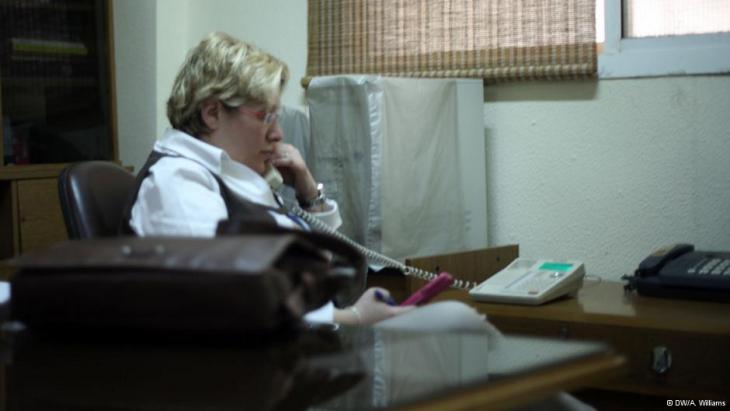 Positive religious message in a conflicht-torn region: Sleiman says she knew from an early age that she wanted to serve God. "I was called (by God) to make a change. We have a message of love and acceptance and I felt like it had to be proclaimed and that I had to make a career in it"

"When I presented my request to the synod, they were a bit astonished, but most of the members were proud to see a female applicant. I must admit I was a bit shocked," she added.

Sleiman was born in Tripoli to a Syrian father and Lebanese mother. She says she knew early on that she wanted to serve God. "I was called (by God) to make a change. We have a message of love and acceptance and I felt like it had to be proclaimed and that I had to make a career in it." Before becoming a pastor, she served as an education adviser for eight years in the Bekaa Valley.

Her family was not thrilled by her choice of career. She did, however, receive support from the men in her family. "Most parents want something secure for their children. My parents didn't understand what I would do with this profession. But my father ended up being my main supporter. My brother is the one who introduced me to theology."

And she's found plenty of support in her parish. "At the beginning, some people raised the objection that she is a woman, but we decided to trust her and give her a chance. Now, people love her because she is honest and she cares about them," says Jack, a church-goer. 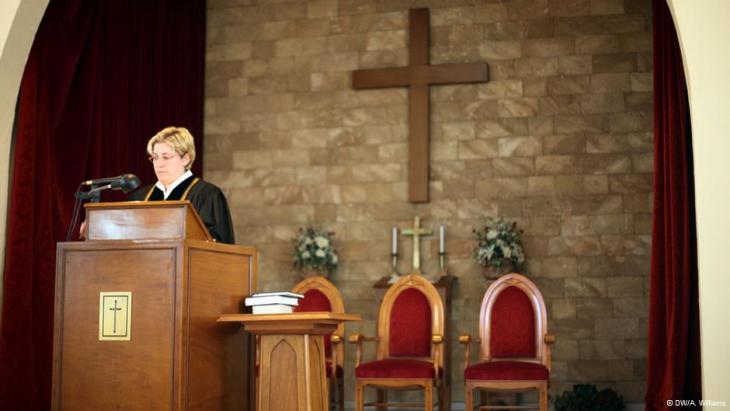 Before becoming a pastor, Rola Sleiman studied theology in Beirut and then worked as an education adviser for eight years in the Bekaa Valley. She has not yet decided whether to be ordained a priest

Today, despite the deteriorating security situation, Sleiman heads a small parish of 33 families, many of whose members have emigrated. Tripoli is Lebanon's second-largest city and is located only 30 kilometres from the Syrian border. Since the beginning of the civil war there, Tripolitans have been affected by the increasing sectarian violence linked to the Syrian conflict. Car bombs and clashes between supporters and opponents of the Syrian regime of President Bashar al-Assad have resulted in hundreds of deaths.

For Sleiman, the Syrian conflict has put further strain on her small and already fragmented Christian community. She says they try to remain neutral in the conflict, but people are scared.

One parishioner, a Lebanese-Palestinian woman, refuses to give her name when asked how the violence has affected her community. "People are afraid to come to Tripoli," she says, while drinking her coffee with the other church-goers, in the basement of the building.

Today about 20 parishioners have come to the mass. It's a good turnout, according to Sleiman. During holidays they often number 80. Inspired by the recent sectarian clashes and the city's cultural mosaic, Sleiman decided to devote her sermon to the theme of reconciliation.

Despite the support of the parishioners, the young woman is still not sure whether she will apply to be ordained a priest, as she believes change must happen incrementally and in a consensus.

"I am not seeking my own success. I feel the general assembly and the elders of the church are positive about me being ordained a priest, but I am not sure everybody in our community in Lebanon would agree. If there is a chance that my ordination would affect the church or create divisions I won't do it."

Insults directed against Egyptian President Abdul Fattah al-Sisi have been particularly prominent among the hundreds of chants by Arab protestors in Algeria, Sudan, Iraq and ... END_OF_DOCUMENT_TOKEN_TO_BE_REPLACED

Michael Frey has written a fascinating book about the contemporary political thinker Nassif Nassar. Since 1967, Nassar has devoted his life’s work to the question of a fair social ... END_OF_DOCUMENT_TOKEN_TO_BE_REPLACED

Today's in-fighting over the composition of the country's next cabinet is part of a larger battle for a new political settlement. The financial crisis poses a mortal danger to the ... END_OF_DOCUMENT_TOKEN_TO_BE_REPLACED

The upheavals of the past year in the MENA region are arguably as momentous as those of the Arab Spring in 2011. Yet perhaps the biggest difference is that our interest seems to ... END_OF_DOCUMENT_TOKEN_TO_BE_REPLACED

Beirut usually sparkles and dazzles at Christmas time. This year, marked by major protests, however, everything has been turned on its head: there is a distinct lack of Christmas ... END_OF_DOCUMENT_TOKEN_TO_BE_REPLACED

In the heart of Beirut's manicured downtown, something is stirring in a bullet-pocked concrete shell of a building known as "the Egg": the visually unappealing Egg has advanced to ... END_OF_DOCUMENT_TOKEN_TO_BE_REPLACED
Date:
Mail:
Send via mail

END_OF_DOCUMENT_TOKEN_TO_BE_REPLACED
Social media
and networks
Subscribe to our
newsletter