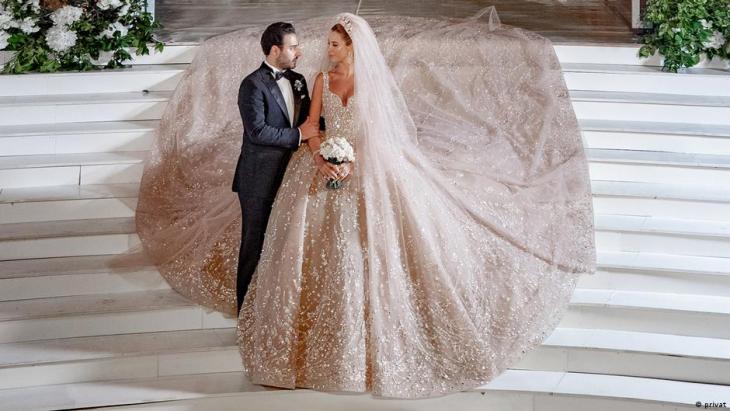 Let's talk about sex, habibi!
Love and desire from Cairo to Casablanca

On the penultimate page of his book, Mohamed Amjahid quotes an Arab saying, that in faith, there is no shame. The line reads a little like absolution for the previous 218 pages, in which the author omits nothing, and doesn’t mince his words. Why should he? In the prologue, the attentive reader will learn that the experiences Amjahid describes – his own, and those of people he met, grew up with, or spent a few months, a few hours with – happened exactly as he describes them.

Plenty of these anecdotes are surprising and sobering, while others are humorous and moving – but first and foremost they are real. This reality plays out beyond religious and social norms. Although it frequently puts people under pressure and exposes them to dangers, it also makes them inventive. He writes about risky abortions and the collective hunting of gay men, exhausting sex, Internet dating and hair salons, in one of which he spent his entire youth. These are the experiences that make up this personal non-fiction book, which is a refreshingly honest read.

"Is this openness cool or problematic?" wonders Mohamed Amjahid in a chapter entitled “The cool Salafist”. He is talking about an acquaintance called Mohammed, who on the one hand lives strictly according to the commandments of Islam, and on the other spends his time with his buddy, a gay dentist.

The dentist, in turn, is married to a woman, who is adamant that she wants to go to paradise and sees the alliance as an opportunity to save "a man from the lifestyle of the people of Lot in the Koran". It feels a bit like a film, but only because we are frequently (and willingly) confronted with the same old narratives and life plans.

Arab love stories: some anecdotes are surprising and sobering, while others are humorous and moving – but first and foremost they are real. This reality plays out beyond religious and social norms. Although it frequently puts people under pressure and exposes them to dangers, it also makes them inventive. Amjahid writes about risky abortions and the collective hunting of gay men, exhausting sex, Internet dating and hair salons, in one of which he spent his entire youth. All of these experiences make for a personal non-fiction book that is a refreshingly honest read

But to answer Amjahid’s question: it's cool, of course, because it feels good and sets you straight, places cliches and stereotypes in the background, deconstructs them, and gives us a different view of things we assume – or suspect – or have stored away as “truths”. And the more often we hear these experiences or become part of these realities, the more perspectives shift and other realities are incorporated into our normality.

In Germany there is a TV station called Bibel TV, which broadcasts sermons and guidance programmes 24 hours a day. You should imagine the heyday of the tele-imams on Arabic-language TV in the late nineties as similar, just many times more successful. Amjahid reveals that although his father was a fan of Iqra, the most popular religious channel in his day, he wasn't turned off by haram TV.

"Haram TV" is not a TV channel, but describes the practice of flicking away from Hollywood TV series and films, where men and women sneak the occasional passionate kiss and then some, when it becomes morally questionable. It was particularly important for his father, Amjahid recalls, to keep the remote control within reach, so that he could change the channel with lightning speed the moment things got too intimate. 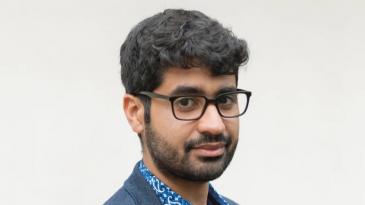 Berlin journalist Mohamed Amjahid takes a look at what goes on in Arab bedrooms. Of course, he makes no claim to completeness; we each love and desire in our own individual way, whether we live in North Africa, the Middle East or Europe. "Let’s Talk About Sex, Habibi" is authentic storytelling at its best and has definitely earned its place on the bookshelf

“One of the greatest problems for many Nafris [ed.: North Africans] who just want to have sex is the private sphere,” writes Amjahid. If you don’t have money, you’ll have the whole (extended) family in the room with you, often several generations, and this is true even for those from the middle classes.

They have to get creative, and make spaces for themselves: thinking up excuses for why they can’t come to xy’s wedding, or making a big issue of exams that they supposedly have to study for day and night.

But having sex isn’t the only reason people need private spaces in North Africa; open conversation on the topic is also important. Women, particularly those with autocratic husbands, take advantage of regular meetings at the neighbour’s house that are supposed to focus on interpreting the Koran to be alone without men present, so they can speak openly – not just about sex, though the topic does come up.

Let’s Talk About Sex, Habibi is written in straightforward, no-nonsense German, peppered with countless anglicisms. But if these are too much for you, you can be sure the horizon-broadening effect will balance them out. That said, Amjahid assumes quite a bit of his readers, despite the lightness of tone.

Here and there, explanations would have brought more clarity, such as when he talks about the "Salafists" or a "Salafist department store". Terms that are politically loaded and come with a fixed set of associations can lead to misunderstandings.

In Germany, for example, the term "Salafism" or "Salafists" is mainly used by the domestic intelligence service to refer to security aspects. Amjahid, on the other hand, describes the thoroughly contradictory inner life of Salafists. A little more clarification would have been helpful here.

At the end of the book, Mohamed Amjahid says for the record that of course, he makes no claim to completeness; we each love and desire in our own individual way, whether we live in North Africa, the Middle East or Europe. Let’s Talk About Sex, Habibi is authentic storytelling at its best and has definitely earned its place on the bookshelf.

Home
Print
Newsletter
More on this topic
Sex education in the Arab world: Let's talk about sex, habibi!Interview with Joumana Haddad: "Eroticism is the pulse of life"Mona Eltahawy – "Why do you hate us so?": The Middle East needs a sexual revolution
Related Topics
Arab culture, Book reviews, Gender, Homosexuality, Muslim women, Salafis | Salafism, Sexism and violence against women, Sexuality and eroticism in Islam, Women in the Islamic world
All Topics

Nouara may be 65, but she is ready to join thousands of others who burn their ID and pay traffickers for the chance of a new life in Europe. Zineb Bettayeb reports END_OF_DOCUMENT_TOKEN_TO_BE_REPLACED

In Doha, Arabs from Morocco, Tunisia, Egypt and Algeria are gathering to celebrate the first ever FIFA World Cup to be held on Arab soil. The criticism from Europe? Over the top, ... END_OF_DOCUMENT_TOKEN_TO_BE_REPLACED

"Rebel Game: The Power of Football in the Middle East and the Qatar World Cup", an anthology published by Middle East researchers Jan Busse and Rene Wildangel, takes the upcoming ... END_OF_DOCUMENT_TOKEN_TO_BE_REPLACED

After a two-year hiatus, the Arab League re-convened at the beginning of November in Algiers against a backdrop of uncertainty and discord. By Pierre Boussel END_OF_DOCUMENT_TOKEN_TO_BE_REPLACED

The history of Jews and Muslims is far more entangled than you might imagine – but you have to listen out for it. In "Recording History", Christopher Silver takes us on a sonic ... END_OF_DOCUMENT_TOKEN_TO_BE_REPLACED

Welcome to the world of Al Qasar, where Arabic music collides head-on with punk and psychedelic to create something powerful and beautiful. "Who Are We" is a raucous, subversive ... END_OF_DOCUMENT_TOKEN_TO_BE_REPLACED
Author:
Melanie Christina Mohr
Date:
Mail:
Send via mail

END_OF_DOCUMENT_TOKEN_TO_BE_REPLACED
Social media
and networks
Subscribe to our
newsletter