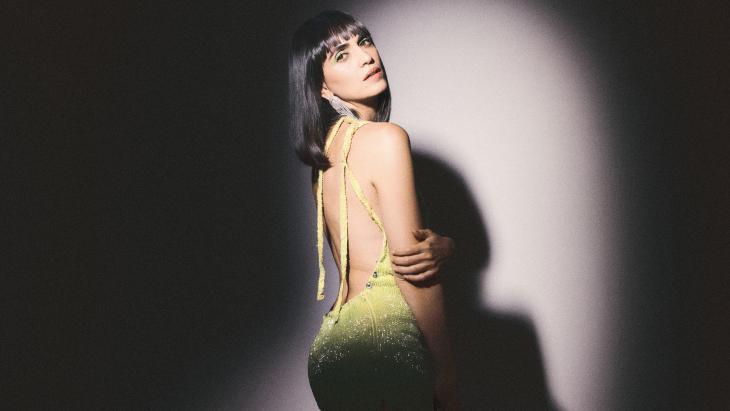 With the current leadership of Iran quick to lay the blame for the Iran protests on Israel, the chances of harmonious relations between the two countries still seems remote. Yet, as Liraz’s latest album “Roya” demonstrates, there is still hope. By Richard Marcus

Roya from Israeli-Iranian singer Liraz is revolutionary. Not for its music or even its lyrics, but because of the people involved. No two countries could possibly be more alienated than Iran and Israel, with the governments of each portraying the other as the greatest evil known to humankind. Yet on Roya, musicians from both countries came together to create music.

According to press materials, although the musicians met on the nominally neutral ground of Turkey they still had to be circumspect and meet clandestinely. Of course, the fact that Liraz is an Israeli of Iranian heritage who speaks fluent Farsi, and had previously recorded with some of these musicians through their anonymous online contributions to one of her earlier releases, meant a tentative connection already existed.

Yet that didn’t lessen the risks involved for anybody. While she might have heard their music before, Liraz not only had never met them, she didn’t even know the names of the people she was arranging to meet in Turkey. In fact, the Iranian musicians still aren't named; Liraz doesn't even confirm they attended the recording sessions in Turkey. While it is implied they were there, it is obvious that Liraz and her people are making sure nobody ever finds out.

Roya translates from Farsi into English as fantasy – the fantasy right now is the idea of peace between Iran and Israel. Citizens of either country are forbidden to travel to the other and if an Iranian even contacts an Israeli they will go to jail. Naturally, Liraz is coy about who was at the recording sessions in Turkey, saying slyly, maybe it was all a fantasy. 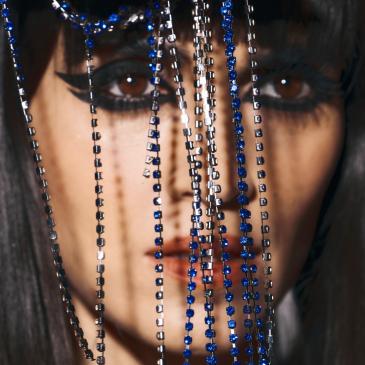 "Roya" is a happy union of style and form: each sounds as if it were only waiting for this moment to come together in some wild celebration. Symbolic of this highly unexpected and hopeful meeting between Iranian and Israeli musicians, the music is both a delight and an inspiration

Of course, somebody had to be playing the violin, viola, and tar – the Iranian version of the lute – on the album or have written the song "Omid" (Hope in Farsi and credited to an Iranian woman). But they could have been played by anyone and written by any woman. They weren't, but this is a necessary fiction to protect the identities of those who were brave enough to make the journey from Iran to Turkey.

Musically the album is an intriguing mixture of styles. Liraz is known for combing modern electronic music with traditional melodies, and rhythms, and utilising a mixture of classical and contemporary instruments.

This recording is no exception: she and her band have created songs that sound like they could have stepped out of a 1970s dance club, should said club have been located in the Middle East.

The songs shouldn't work musically. Disco, swooping keyboards, chunky guitar rhythms and the swirling strings one normally associates with strobe lights and bars, mixed with the haunting sounds of the tar and the atmospheres of Middle Eastern music, feel like they are the archetype of “east is east and west is west and never the twain shall meet”.

But they do. Somehow, Liraz and her band have found a way to ease the two sounds together. This isn't a forced marriage either. This is a happy union of style and form. Each sounds asif it were only waiting for this moment to come together in some wild celebration. Symbolic of this highly unexpected and hopeful meeting between Iranian and Israeli musicians, the music is both a delight and an inspiration.

This doesn't mean all the songs on the album are ready for a night out clubbing. On the final two tracks of the album, "Bi Hava" (Without Noticing) and the reprise of the title song "Roya", (this second version is referred to as the female version – told from the point of view of a woman), Liraz and her band have created a more introspective sound. Her voice and the more traditional sounds are given prominence in the mix and the pace is slowed down. It feels very much like the music you'd listen to at the end of a night of being on the dance floor and you want something to bring you back down to earth. Something a little more introspective.

Even Liraz's voice, which had been soaring and bouncing along with the music up until now, takes on a more sedate and reflective air. Perhaps that is fitting considering the lyrics. In "Bi Hava" she is singing to a partner: "Introduce me to the voices of your heart/And in your heart's arms, let me/ Succumb to your love/With your smile/erase the tears of my heart". While the translation lacks the poetry of the original, the English version of the lyrics still manages to capture the depth of emotion expressed in the song.

A love song to an idea?

There is a caveat to reading this – and other lyrics – too literally. Liraz treasures the poetry of Rumi, the most celebrated mystic/poet in the Farsi language. Rumi was known for using the language of love poetry to celebrate love of the divine. In other words, while this song reads like a love song to a person, could it be a love song to an idea as well?

As she sings in both versions of "Roya": '"My fantasy/I wished for peace in the world/But could not understand/ Who is fighting whom/I will not lose my hope/You'll see, our hearts will cross/my fantasy". Since these lyrics open and close the album, serving as thematic bookends, listeners will want to examine the words of the other songs within the context they have created.

The album Liraz and her people have made exists in a kind of fantasy. The idea of Iranian and Israelis coming together to create music seems to belong to another world – one where peace and harmony reign. Considering how quick the current leadership of Iran has been to lay the blame for the demonstrations and uprisings in Iran at the feet of Israel, the chance of harmonious relations between the two countries still seems remote.

However, as Liraz points out in Roya, that shouldn't prevent people from hoping that things might change. Her exuberant songs with their up-tempo dance hall music might not sound like overt political statements, but their very existence is an act of defiance and rebellion. This album is our invitation to celebrate the chance of a better world for everybody.

When is it and when is it not acceptable to display a political banner at the World Cup in Qatar? The answer seems to depend largely on the political message, with fans ... END_OF_DOCUMENT_TOKEN_TO_BE_REPLACED

The Kurds are under attack from two sides: from Turkey, and from Iran. The situation in their territories in northern Iraq is becoming increasingly desperate. Birgit Svensson ... END_OF_DOCUMENT_TOKEN_TO_BE_REPLACED

Iranians do not want an Islam that interferes. They are fed up with a system that manipulates people with simple promises of salvation and anti-Western propaganda. Islamic ... END_OF_DOCUMENT_TOKEN_TO_BE_REPLACED

"The Voice of Dust and Ash" draws us into the life and times of Iranian maestro Mohammad Reza Shajarian with passion and joy, focusing on the man who stood, and still stands, for ... END_OF_DOCUMENT_TOKEN_TO_BE_REPLACED

November 2022 sees the Arab world firmly in the spotlight with the COP27 in Egypt and the FIFA World Cup in Qatar. Public trust in MENA governments is weak, thanks to their ... END_OF_DOCUMENT_TOKEN_TO_BE_REPLACED

In Iran, two famous actresses, Hengameh Ghaziani and Katayoun Riahi, were arrested recently. These days anyone who shows solidarity with the protesters is a target to be silenced ... END_OF_DOCUMENT_TOKEN_TO_BE_REPLACED
Author:
Richard Marcus
Date:
Mail:
Send via mail

END_OF_DOCUMENT_TOKEN_TO_BE_REPLACED
Social media
and networks
Subscribe to our
newsletter