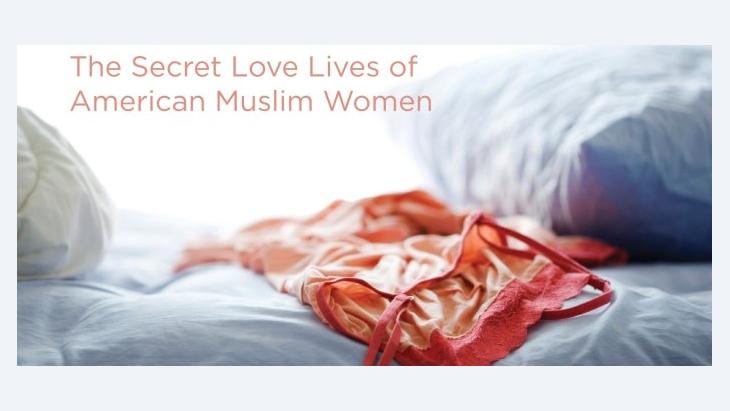 Muslim American Women Tell Their Own Stories about Love

﻿There's plenty of discussion by outsiders about Muslim women and marriage, love and relationships, but now Muslim American women are telling their own stories. And both Muslims and non-Muslims have plenty to learn, writes Marwa Helal

Love, InshAllah, (Love, God Willing) a brand new anthology of personal stories about love and relationships, gives Muslim American women a chance to tell their stories themselves. If you're looking for a fresh conversation on love, Islam and gender led by Muslim American women, look no further than this new book.

The anthology has garnered attention from the New York Times, the BBC, NPR, The Guardian, Times of India, Alhurra TV, Pakistan's Dawn and many more. Out for just two months, it is already going into its fourth printing and there is interest in Indonesia, Italy and the Middle East in translating the book and creating new anthologies unique to readers there.

Co-editors Ayesha Mattu, an international development consultant and writer, and Nura Maznavi, a civil rights attorney and author, are the brains behind this ground-breaking anthology. The 25 stories they chose for the collection come from writers who for the most part have never published their work before. The stories were chosen based on how compelling, heart breaking, hopeful and/or honest they were. 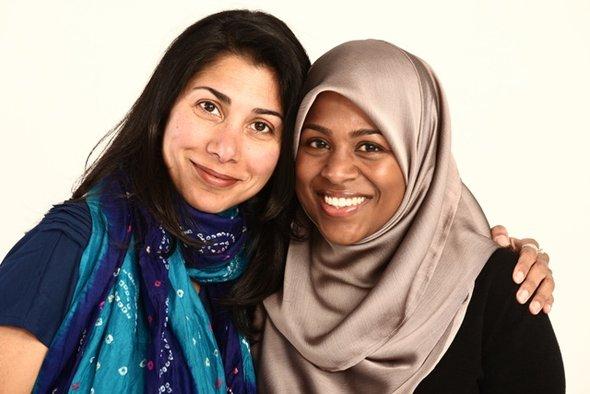 "The stories are an invitation to see each other clearly, to initiate a dialogue about some of the most meaningful and sacred parts of our lives that we hold in common." Co-editors Ayesha Mattu and Nura Maznavi

​​And their stories are as different as the contributors themselves – one writer, Aisha Saeed, breathes new life into the old tale of arranged marriage. In her essay "Leap of Faith", she writes about how she discovers for herself why the tradition works (at least for her and her husband). Others experience conversion to Islam through love, or struggle with whether or not to pursue a long-distance romance.

Regardless, the editors have compiled stories that are not only honest – sometimes painfully so – but that have opened the door for the conversations Muslim women are eagerly waiting to have about their hopes and fears when it comes to falling in love and dealing with societal expectations.

The ways in which this collection of short personal stories has opened the doors of communication, both within the Muslim community and beyond, are overwhelming. In an email interview with the co-editors they expanded on this experience.

"The anthology allows people from other faiths and backgrounds to connect emotionally to Muslim women, heart-to-heart, beyond the headlines," they wrote. "At a recent interfaith reading, a Jewish man, a Lithuanian Catholic woman, and a Palestinian Christian man all stood up to say that they saw aspects of their own lives in these women's stories. So the stories are an opening, an invitation to see each other clearly, to reveal our humanity to each other and initiate a dialogue about some of the most meaningful and sacred parts of our lives that we hold in common."

The authors have sought to build a community around the book by connecting with readers through in-person readings and Skype sessions. They say that about a third of those who participate in these events are non-Muslims.

"A woman told us that after reading the anthology she saw two Muslim women who wore the niqab (face veil) and that for the very first time she saw those women as women, with the desires and feelings that all women have. She didn't realize until that moment that she had seen them as something different, other and un-relatable before reading the anthology. That is a profound shift, a personal and political transformation."

At a recent reading I attended I noticed people – both men and women – were very excited to have the opportunity to read and discuss Muslim women's love lives. There was even a suggestion that there should be a Love, InshAllah for men.

The book has certainly ignited conversation both locally and globally. But most of all it has succeeded in giving Muslim American women a voice of their own. "Who better to tell the stories of Muslim women than Muslim women themselves?" is a theme the editors stress over and over at readings and in interviews. The startling bravery and diversity of this collection are sure to win over all audiences.

Marwa Helal is a non-fiction writer and journalist. She is Co-Founder and Creative and Editorial Director of FEN Magazine (www.fenmag.com), which is dedicated to covering Arab American art and artists. Readers can engage directly with the editors and authors of Love, InshAllah through its website and Facebook page.

Home
Print
Newsletter
More on this topic
Iranian Cinema: Forbidden Love Scenes in the Pious Dinosaur NationSulaiman Addonia and ''The Consequences of Love'': Veiled Longings for RomanceThe Saudi Writer Badriya Al-Bishr: ''Anything You Write about Is Made a Scandal, Even Love''
Related Topics
Muslim women, Sexuality and eroticism in Islam, Women in the Islamic world
All Topics

Among the 24 squads at the Euros, dozens of players with African roots will turn out in the June 11-July 11 tournament. Several of them are top names at this pan-continental event ... END_OF_DOCUMENT_TOKEN_TO_BE_REPLACED

Reading Hassan Blasim's God 99 is an immersive experience of grief and exaltation, anger and disgust, writes Marcia Lynx Qualey. We join the Iraqi narrator as he sits around in ... END_OF_DOCUMENT_TOKEN_TO_BE_REPLACED

Turkey's parliamentary and presidential elections are scheduled for June 2023. But they are already casting a shadow. While the opposition is calling for early elections, ... END_OF_DOCUMENT_TOKEN_TO_BE_REPLACED

Recep Tayyip Erdogan, disappointed by the European Union’s reluctance to integrate Turkey into its ranks, has re-directed his country’s diplomacy toward the Maghreb and Africa to ... END_OF_DOCUMENT_TOKEN_TO_BE_REPLACED

A law is currently being debated in Morocco that would legalise the cultivation and export of medicinal cannabis. For many small farmers, this would bring considerable advantages ... END_OF_DOCUMENT_TOKEN_TO_BE_REPLACED
Author:
Marwa Helal
Date:
Mail:
Send via mail

END_OF_DOCUMENT_TOKEN_TO_BE_REPLACED
Social media
and networks
Subscribe to our
newsletter